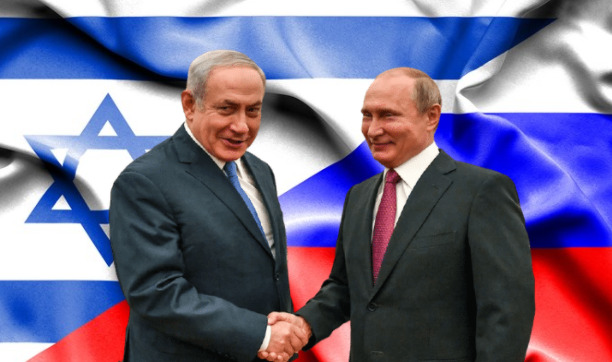 Russia is a strategic ally of Israel’s staunch enemy—Iran, while Israel is in vital coalition with Russia’s sworn rival – the United States, yet their ability of not letting differences morph into wider conflicts has kept them glued together.

Bilateral relations during the Soviet era

It was Soviet dictator Joseph Stalin, who stunned the world by endorsing the creation of a Jewish state in 1947. “As a result of the war, the Jews as a people have suffered more than any other people. The total number of the Jewish population who perished at the hands of the Nazi executioners is estimated at approximately six million. The Jewish people were therefore striving to create a state of their own, and it would be unjust to deny them that right,” Stalin’s representative Andrei Gromyko had told the UN.

Documented evidence also suggests that the Stalin government played a crucial role in providing arms to Haganah, the main Zionist Paramilitary Organisation, which helped the Jews decimate their Palestinian rivals.

The “Secret war” between Soviets and Israelis

The relations between the two countries took a big hit as the Cold War peaked between the US and the Soviets. Moscow broke off diplomatic ties with Jerusalem in 1967 and even went to war in the early 1970s during a major military clash between Israel and Egypt. Russia grew wary that Israel could wipe out Russian military assets deployed in Egypt to counter the American menace.

Moscow had first issued a stern warning to Israel to stop its aerial assault on Egypt. However, Israel’s unrelenting conduct forced the Soviets to confront Israel for the first time. The war ended with causalities on both sides but a major strategic victory in Moscow’s hands. The Soviets were able to keep the Israelis away from Egypt.

The end of the Cold War provided the two nations with an opportunity for reconciliation. Later, the era ushered in by current President Vladimir Putin saw a radical transformation in bilateral relations. In 2005, Putin himself travelled to Israel to ratchet up the bilateral engagements.

Interestingly, Israel is also home to a large number of Russian-speaking Jews (17% of the total population), thanks to the relaxation of Jewish emigration norms under former Soviet leader Mikhail Gorbachev after the end of the Second World War. This helped the two nations enter visa waiver arrangements in 2008, further boosting people-to-people ties between the two nations.

Later on, the surge of Islamist and populist movements across the Middle East in the early 2010s brought the two nations closer. Trade ties became stronger, with Israel becoming Moscow’s largest trading partner in the region only after Turkey.

Negotiations for a free trade agreement between Israel and the Russia-dominated Eurasian Economic Council are already underway. In 2015, Israel and Russia inked a security cooperation pact to intensify technological and military cooperation. Russia and Israel also signed a $300 million contract to provide the Russian security forces with advanced Israeli drones.

Putin’s love for Jews and the Jewish state

Putin is fond of Jewish people and the Jewish state. Putin lauded the Jews for showing an utter sense of unity in a statement earlier this year. He had said, “Look, Jews come to Israel from Africa, from Europe, from other countries of the world. Africans are Black, yeah? People come from Europe — they speak Yiddish, not Hebrew. They seem to be unlike each other, but all the same, the Jewish people value their unity.” Vladimir Putin has been greatly influenced by the many Jews he has crossed paths with since childhood. As a child, a Jewish family looked after Putin while his parents were at work.

Another influential Jewish figure for Putin was his wrestling coach, who sparked the young Putin’s interest in sports and helped him direct his energies towards wrestling, instead of rowdy street fights. Putin was able to swiftly climb the ladder within the KGB due to the language skills imparted to him by his German teacher – who was also a Jew.

According to the Times of Israel, Putin has had strong emotional ties with Russian Jews that have been reflected in a series of favourable policies. Under Putin, authorities have cracked down on anti-Semitic hate crimes and Jewish communities have received the equivalent of millions of dollars in restitution for properties confiscated by the Communists, helping to fuel a cultural and religious revival.

Read More: Russia will follow the Israeli model in its quest to reunify the lost USSR

Friction points in the Russia-Israel alliance

Friends are bound to share differences, and Israel and Russia are no different. Russia’s growing ties with Iran and its role in Syria is a major contentious issue for Israel. From Moscow’s perspective, Israel’s allegiance towards the west remains a bottleneck issue. Russia, alongside Israel’s arch-rival Iran, supports the Assad regime in Syria that Israel sees as a threat to its national security.

However, the two sides have so far managed to not engage in a zero-sum game in the region. Moscow and Jerusalem have kept diplomatic channels open and running in the meantime, which have helped tensions cool down. Israel is also seeking to eliminate the Iranian threat in the region by forging closer ties with Russia.

Read More: A Bennett-Putin meeting is happening, and it means curtains for the US in Middle East

Israel also sees Russia as a major player in the region and accepts its sway over the Arab nations. Russia’s ability to engage the Palestinian leadership in the Israel-Palestine conflict also motivates Jerusalem to intensify the cooperation. The four years of the Trump administration helped the former Israeli PM Benjamin Netanyahu grow closer ties with Russia. Biden administration’s raking up of the Cold War-era tensions against Russia risks hampering the bilateral engagements between Israel and Russia. However, Russia’s willingness to establish itself as a trustworthy ally in the region will ensure that the Russia-Israel alliance continues to thrive in the times to come.