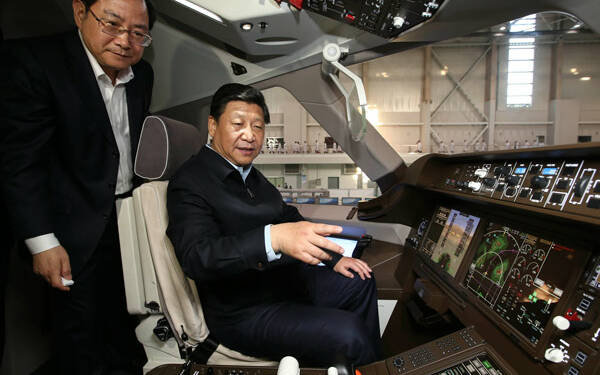 The condition of a country can be found out by taking any specific vertical and comparing the trends from previous years. This method is used by area studies specialists or people focusing on a specific country. Now, as the facts regarding the aviation sector are signalling a drastic slowdown in the number of Chinese people travelling compared to the same time last year, it is proving many of the reports that TFI published regarding the state of the Chinese economy and the adverse effects which its citizens are facing. Air Passenger Volume has fallen 24.7% Y/y to 36.1 million trips according to data released by the Civil Aviation Administration of China at a briefing.

According to Airportia data, since early August, the number of flights has remained well below 2020 levels. While many can attribute this to one or the other reason, but in reality, the change in human behaviour in China vis a vis their flying habits is a result of a combination of multiple issues which are playing out in the country simultaneously. Be it a sudden decline in per capita income which goes unreported by China and has impacted the purchasing power of domestic consumers, a steep rise in flight prices, bad covid management, or no trust on their domestic vaccines, the reasons are many. Add to that the sudden worldwide energy shortage.

The spending capacity of the Chinese people has deteriorated clearly, and they seem to be saving up for a period of greater suffering, so going against Jinping’s dual circulation plans, they have cut down on shopping as well as travelling. China’s retail sales growth in August slowed down significantly from the expected 7% to just 2.5%. In fact, China has a seven-day holiday period from October 1st to October 7th, and it is usually expected to bring a golden week of tourism and retail spending. However, this year, the tourism revenues surprisingly fell by 5% year on year as fewer Chinese people travelled around. Coronavirus lockdowns and blackouts in various parts of the country were the immediate reasons apart from expensive tickets, lower spending capacity and a prudent approach amid a looming economic crisis triggered by China’s crumbling real estate bubble.

The Chinese economy has started unwinding. And the worst is yet to come. The China bulls have a lot to answer for, and so do those who did not shift their production and manufacturing facilities out of the Communist nation when the time was ripe last year. As the Covid-19 pandemic took grip over the whole world and manufacturers sought to dissociate from China, there were some who shied away from doing the same. Now, the sinking Chinese ship is taking down these China doves as well, and the unwinding of the Chinese economy is having a global impact and is also taking a toll on domestic consumers and prospective flyers.

Covid has also made sure that the Chinese do not fly around too much. As per leaked internal documents accessed by the Chinese Epoch Times, the communist country has asked local authorities to prepare for a large-scale COVID-19 outbreak. A document, titled “Notice of Further Strengthening of Epidemic Prevention” was reportedly issued by China’s State Council, and forwarded by the Fujian provincial government to local authorities on September 30.

Read more: Amid power blackouts and factory shutdowns, China is bracing for a massive Corona wave

Another document described as “National Day Epidemic Prevention Notice” was issued by the State Council on October 1 and it too was distributed by the Fujian provincial officials to local authorities. Both the leaked documents were marked “extra urgent.” The two notices reportedly advised enhanced preparations for an emergency response to a fresh COVID-19 outbreak. The Chinese Communist Party (CCP) has ordered the construction of central isolation sites. The local authorities are repeatedly required to establish isolation centres and rooms of not less than 20 rooms per 10,000 people by the end of this month. Each isolation centre is required to consist of at least 100 rooms.

Over the past two months or so, the Chinese economy has faced some unprecedented setbacks. First, the Evergrande crisis and the bursting Chinese real estate bubble crashed the Communist nation’s markets and economy. Then, the Chinese coal and power crisis led to blackouts and a downturn in manufacturing activity all across China. Considering all this, we can expect not only the CCP to implement even more stern measures to have slowed this down, coupled with the decreasing purchasing power of its domestic consumer base. All in all, the development confirms TFI’s unrelenting coverage of the economic disaster in the making in China.

‘Squid Game’ breaches China’s great firewall. And CCP has lost its sleep over it