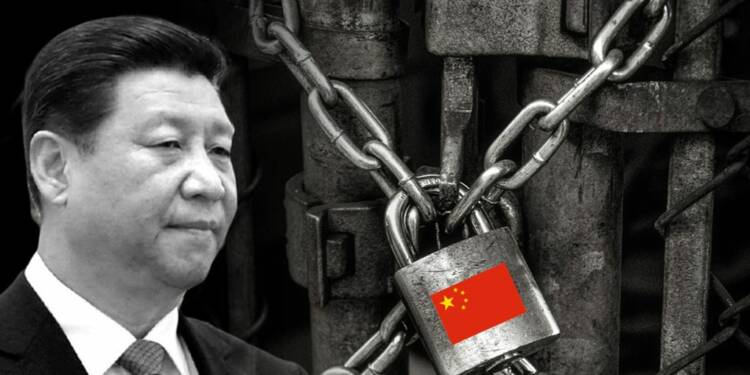 China has come to a grinding halt. The rusty red engine of Communism has broken down. The coaches behind are beginning to derail. The Chinese economy has started unwinding. And the worst is yet to come. The China bulls have a lot to answer, and so do those who did not shift their production and manufacturing facilities out of the Communist nation when the time was ripe last year. As the Covid-19 pandemic took grip over the whole world and manufacturers sought to dissociate from China, there were some who shied away from doing the same. Now, the sinking Chinese ship is taking down these China doves as well, and the unwinding of the Chinese economy is having a global impact.

Aluminium Prices Go Over the Roof

China is reeling under an intense power crisis. Industries are not being allowed to function in the Communist nation, as the CCP regime resorts to unprecedented industrial power rationing. So, China – which is a major global exporter of Aluminium, finds itself in the unique position of not manufacturing any Aluminium. This is creating a supply deficit of the base metal around the world, leading to a price spike which was last seen only during the 2008 recession.

Aluminium rose as much as 3.3% to $3,064 a ton on the London Metal Exchange on Monday, the highest since July 2008, leading broad gains among base metals. According to Mark Hansen, chief executive officer at London-based trading house Concord Resources Ltd, “With the market in a deficit and needing to stimulate investment in new production outside China, prices could hit $3,400 a ton in the next 12 months.”

What this also means is that China’s Aluminium exports have been taking a big hit. Now, let’s look at the overall export health of China in recent times.

China’s power crisis is bigger than you would think. At least 20 provinces in China have been hit by some kind of power cuts and outages. These provinces make up over two-thirds of China’s Gross Domestic Product (GDP). The manufacturing powerhouses of China – Jiangsu, Zhejiang and Guangdong provinces are among the worst hit. Together they account for one-third of the Chinese economy and lead China’s colossal exports industry.

Read more: The end of China’s export economy is here

Ceramics, stainless steel, fertilizers and food processing units, you simply cannot think of a Chinese industry that remained immune from the ongoing power crisis. When manufacturing stops, rest assured, China’s exports will inevitably take a hit. Of course, the Chinese Communist Party is not expected to give out specific numbers anytime soon, as that would literally serve as a nail in Xi Jinping’s own political coffin.

For years, China’s housing sector drove its rapid economic growth and helped the CCP to maintain households’ net worth. Indeed, the real estate sector was exorbitantly crucial for China to keep its economy from faltering. However, the real estate sector of China has reached the end of its road. China Evergrande Group, which is the second-largest real estate group in the Communist nation, is on the brink of defaulting on its debt obligations.

Housing projects were launched in great numbers despite slowing urbanization, and the debt kept flowing into the massive projects owing to the speculative fervour that kept the lenders at the top enchanted. The housing bubble kept ballooning until this summer, when China suddenly realized that the skyrocketing housing prices despite lower demands could lead to a disaster in the already weak Chinese financial markets. Now, land and real estate sales in general are down due to the massive uncertainty looming over the sector, while the sector is also unable to raise funds in its time of crisis.

China is facing a ballooning debt crisis which is showing no signs of abatement. Companies are defaulting on magnanimous loans, as a result of which banks and lenders are going down. Investors, meanwhile, witnessing the bad debt crisis of China are fleeing en masse – which is also why Chinese stock markets are plummeting.

China’s domestic debt has ballooned and can no longer be sustainably refinanced, resulting in an alarming increase in defaults on local loans. The total government debt ratio in China is 45.6 percent of GDP. While the central government’s debt ratio is 20 per cent, the local governments’ debt ratio is 25.6 per cent.

China’s retail sales grew a disappointing 2.5% in August from a year ago. Meanwhile, data on consumer spending released by the National Bureau of Statistics has come in well below the 7% growth forecast. CNBC reported that industrial production growth was also below expectations, up 5.3% in August versus predictions of 5.8% growth.

Tourism revenues in China during the Golden Week holiday that ended on Thursday last week fell by almost 5% year-on-year. It must be remembered that the seven-day holiday in China from Oct. 1-7 to mark National Day is one of the busiest travel periods in the country and in general, indicates the spending capacity of Chinese citizens every year. Domestic tourism revenues totalled 389.06 billion yuan ($60.36 billion), which was down 4.7% year-on-year and still under 60% of the revenues recorded in the same week before the pandemic.

As China’s economy begins showing signs of falling apart and its momentum comes to a halt, the CCP has now begun panicking, and is directing local authorities to prepare for a massive Covid-19 outbreak. As per leaked internal documents accessed by the Chinese Epoch Times, the communist country has asked local authorities to prepare for a large-scale COVID-19 outbreak.

According to two different notices, the CCP has advised enhanced preparations for an emergency response to a fresh COVID-19 outbreak. The Chinese Communist Party (CCP) has ordered the construction of central isolation sites. The local authorities are repeatedly required to establish isolation centres and rooms of not less than 20 rooms per 10,000 people by the end of this month. Each isolation centre is required to consist of at least 100 rooms.

China knows that Covid-19 continues to remain a threat, and it knows the pandemic is hardly under control within the country. Xi Jinping’s disastrous policies, his coverup of the pandemic and his assault on Chinese businesses and industries are all beginning to show effect, and the picture is hardly rosy. The worst is yet to come for China.

China’s digital currency plans against the Dollar will backfire badly