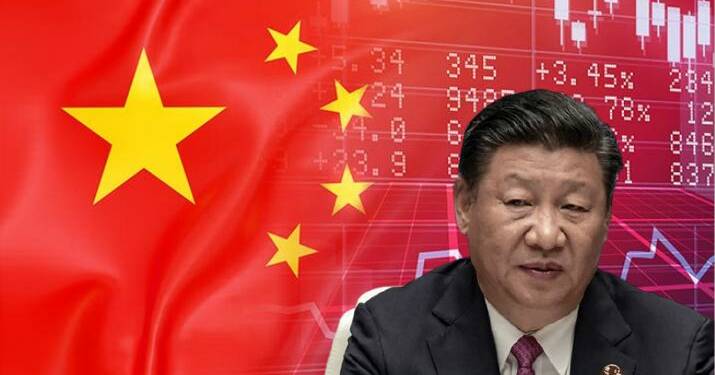 The end of the world’s second-largest economy China is here. The Communist nation literally has no energy left. In fact, the power sector crisis and a huge debt mountain in the country is now taking a toll on its foreign exchange reserves. China no longer enjoys any credibility as the world’s factory and it is losing China’s forex reserves at an even faster rate.

China has the highest foreign exchange reserves in the world, which is one of the most important elements of its national power. However, in the month of September, China’s forex reserves went down by a substantial margin of $31.5 billion down to $3.2006 trillion.

Forex reserves matter for China, because it is not a resource-rich nation. Especially in terms of oil and natural gas, China spends a lot in importing such energy resources from the Gulf and Iran. China also plans to buy a huge amount of natural gas from Russia. Presently, crude oil and natural gas are becoming expensive as the global economy comes out of the Pandemic-induced slowdown. This is bound to take a toll on China’s forex reserves and ultimately reduce its ability to make overseas investments. If China’s exports economy keeps going down, we might as well see a bigger shrinkage in the Communist nation’s forex reserves due to energy imports.

Why are China’s forex reserves declining

As per China’s State Administration of Foreign Exchange, also called SAFE, the volume of decline in Chinese foreign exchange reserves was recorded at a whopping 0.97 per cent from the end of August. Meanwhile, SAFE Deputy Director and Spokesperson Wang Chunying blamed the combined impact of currency translation and changes in asset prices for the steep decline in Chinese forex reserves.

Interestingly, China’s manufacturing powerhouses- Jiangsu, Zhejiang and Guangdong provinces are the worst hit. Together they account for one-third of the Chinese economy and lead China’s colossal exports industry. Strict measures have been announced to cut electricity use in these provinces and manufacturers have warned that it could lead to lower outputs in the three provinces.

Silicon, aluminium, food processing and stainless steel- almost every single sub-sector of Chinese manufacturing has been hurt by the ongoing power crisis. In fact, the official manufacturing Purchasing Manager’s Index (PMI) in China stood at 49.6 in September compared to 50.1 a month earlier. Such contraction has been recorded for the first time since February 2020.

Clearly, contrasting PMI is reducing Chinese exports, which is further receding the Communist nation’s forex reserves. The entire world may be suffering because of China’s economic crisis, but China itself is the worst hit.

The decline in Chinese industry activity and the export economy is not Beijing’s only problem. It is also facing a host of other issues, namely a huge real estate bubble which is about to burst with the imminent downfall of the highly indebted Evergrande Group and the failure of a Chinese real estate giant Fantasia Holdings Group to repay $206 million in debts due on October 4.

Moreover, leading Chinese ports have been facing congestion and blockages due to repeated Coronavirus outbreaks in the Communist nation. All these factors are adding up to China’s economic woes.

In fact, the situation is so bad in China that as per a survey by Nikkei and Nikkei Quick News, the Communist nation’s GDP growth is expected to slow down to 5% in the July-September period.

Basically, nothing is going right for China- its GDP growth is getting restricted, whereas its forex reserves are also getting wiped out at an unprecedented rate.

Xi Jinping has tried to cool his country’s huge real estate bubble. He has tightened borrowing for private real estate players in a bid to ensure that they do not end up taking up projects that have no real growth potential.

While 2020 was marked by a lack of economic activity due to the pandemic, Chinese local governments generated a lot of money through land sales. In fact, Betty Wang, senior China economist at ANZ in Hong Kong, said, “In general, the proportion of land sales revenue for local governments in China is quite large, at over 20%, so if land sales decline, or their growth slows, local government spending will see a certain amount of pressure.”

Since the last summer, Beijing tightened borrowing for its private realtors. The net effect is that the value of nationwide sales in China fell by a massive 17.5% on year in August. Now, receding revenue for Chinese local governments due to a general downfall in the money generated through land sales is reducing their capability of spending and investment.

Chinese cities are going for a limited number of land auctions and in many cases, the plots on offer are either going without any bidders or are getting withdrawn. This is creating an entirely new kind of crisis for Chinese local governments and is bound to create a vicious circle in the downfall of the Chinese economy.