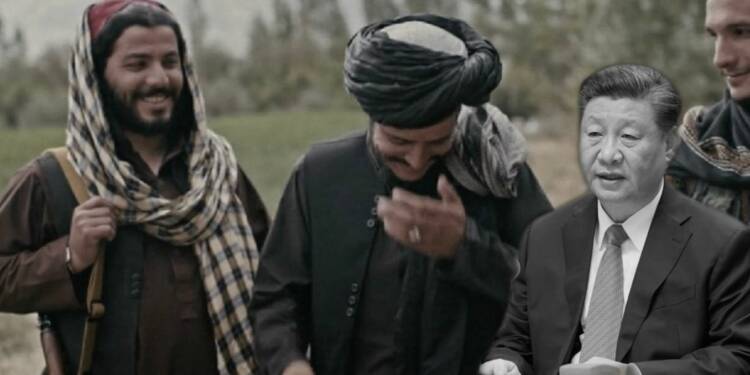 The Taliban is at it again- the Afghanistan-based extremist group keeps holding China hostage to extort billions of dollars out of the Communist nation. Last month, Beijing pledged $31 million in the hope that the Taliban would crackdown on China’s two main enemies- the TTP and the ETIM.

Yet, the Taliban shows no signs of taking action against the two organizations despite having taken money from Beijing. Rather, the Afghanistan-based extremist group has cracked down only on Baloch rebels in order to fool Beijing.

The Taliban cracks down on Baloch rebels

As per Nikkei Asia, Islamabad and Beijing have succeeded in pushing the Taliban to crack down on Pakistani separatist groups operating from Afghan territory.

However, the Taliban has targeted only the Baloch rebels and their sympathizers in the Afghan provinces of Nimroz and Kandahar. The detainees could now be handed over to Pakistani authorities.

Mir Bakhtiar Domki, head of the banned Baloch Republican Guard, expressed concern over the arrests of Baloch refugees in Afghanistan. Domki said, “The Taliban should ensure the protection of Baloch refugees like a neighbor, instead of protecting the interests of Pakistan.”

Who are the Baloch rebels?

China itself wants to expand its influence in Balochistan and the port city of Gwadar as a means of expanding its influence in the Indian Ocean Region (IOR). However, the BLA is opposed to the CPEC project and the use of Gwadar port by the People’s Liberation Army (PLA), Navy, or Chinese commercial ships, which is why it keeps attacking Chinese interests.

The Taliban has gone after the Baloch freedom fighters and sympathizers, which is alright from China’s perspective. However, the main concerns of China are:

In fact, over the recent past, it is the TTP that has been attacking Chinese interests in Pakistan and not the BLA. In fact, a report published in Business Recorder, a financial newspaper in Pakistan, stated that the Chinese government has asked the Pakistani establishment to pay $38 million. Allegedly, the communist government has asked for compensation for deceased Chinese workers and engineers, who had died in a bomb blast orchestrated by the TTP in Pakistan.

Yet, the Taliban is unlikely to take any action against the TTP. At the end of the day, the Afghan Taliban and the TTP are different organisations but they share a lot of bonhomie. Both of them espouse Pashtun nationalism and both of them pursue the “Pashtunistan” strategy of combining the Pashtun areas scattered across Afghanistan and Pakistan to form a new State that would comprise both Afghanistan and the Pashtun belt.

As for the ETIM, China is worried about the Taliban takeover creating ungoverned spaces in Afghanistan that could instigate the growth of the Uyghur militant group. Simply put, Beijing is worried about the ETIM extremists spilling over into Xinjiang. This is why China was paying a lot of money to the Taliban in the hope that some action would be taken against the ETIM.

However, the ETIM has joined hands with ISIS-affiliate Islamic State – Khorasan Province (IS-K). IS-K is believed to be the Taliban’s rivals and the group has already killed some Taliban leaders. Therefore, the ETIM has clearly become more powerful inside Afghanistan. Now, the Taliban is unlikely to act against ETIM simply because the militant group has gone too much out of its control.

China has got played quite embarrassingly. The Taliban won’t act against the ETIM or the TTP. It did act against Baloch rebels, but it was just a sham to extract even more money out of China.

CCP hasn’t learned its lesson from the disastrous “One Child Policy”, their new kids policy is a recipe for disaster