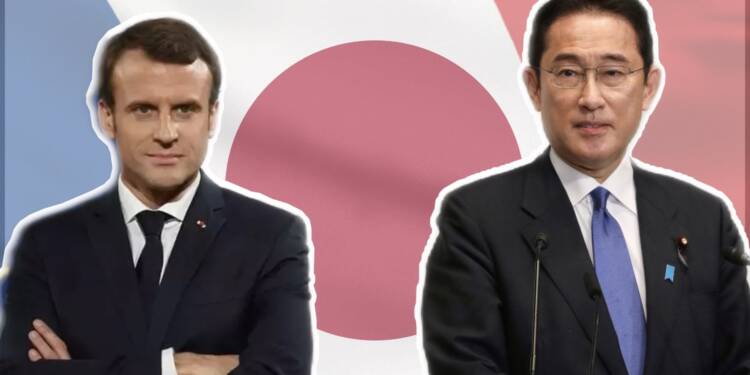 The recent developments in the Indo-Pacific have hampered the delicately managed multi-national effort to contain China economically or otherwise and at the same time decrease dependence on Beijing’s supply chains. The sudden emergence of an AUKUS agreement among the US, UK, and Australia, blindsided many of the allies, including India, Japan and hurt France the most who were already in deliberations with Australia for Submarines. In the backdrop of the AUKUS, an emerging Japan-France bonhomie in the Indo-Pacific is Tokyo’s stern message to Washington.

The French government announced Tuesday that Japan and France intend to undertake security discussions involving their foreign and defence ministries within the year. According to sources familiar with the situation, the so-called two-plus-two negotiations will take place in Tokyo, most likely in late November or early December. Foreign Minister Jean-Yves Le Drian and Minister of the Armed Forces Florence Parly are due to meet in Tokyo for the first time since 2019. This comes as both Japan and France cannot comprehend the reason to create another trilateral just to circumvent Five Eye’s Canada and New Zealand. The more sensible option would have been to bring this under the Quad plus umbrella which could have very easily accommodated all these countries and their interests, without causing internal strife.

France’s realignment in the Indo-Pacific

As reported by Nikkei Asia, after being blindsided by the AUKUS alliance, which derailed its submarine contract with Australia, France is rethinking its Indo-Pacific strategy, according to a French official in Tokyo on Tuesday. Paris is seeking to expand ties with Japan and India. In reference to AUKUS, Philippe Errera, the French Foreign Ministry’s director-general for political relations and security, told reporters, “What is at issue is what sort of Franco-American and trans-Atlantic partnerships there should be, particularly in connection to the Indo-Pacific.”

According to Errera, this was not only a “shock” to France but also “a decision that raised fundamental issues about the cooperation with the United States and Australia.” However, France, which has raised its presence in the Indo-Pacific area in response to China’s growing assertiveness and other security threats, does not appear to be backing down.

Errera was in Japan alongside Alice Guitton, the Ministry of the Armed Forces’ director-general for international relations and strategy, to meet with their Japanese counterparts and lay the framework for a “2+2” ministerial-level meeting before the end of the year. In recent years, France has been strengthening its connections with India. With a two-day conference in Paris in 2019, the two countries advanced their strategic convergence, resulting in joint military exercises and India agreeing to buy French fighter jets for 7.9 billion euros ($9.2 billion).

Japan-France relations on a rise

Growing Chinese assertiveness in the Indo-Pacific has prompted world powers to take notice and dispatch military forces to the region. In its war against China, France is fighting alongside Japan. The Senkaku Islands in the East China Sea are the subject of a dispute between Japan and China. Japan has now gained France’s assistance in defending its interests in the East China Sea. With each passing day, the free world community makes it more difficult for China to bully almost anyone it wants.

The Japanese and French presidents conducted an 80-minute one-on-one lunch meeting during Yoshihide Suga’s presidency. Human rights violations by the Chinese government in Hong Kong and Xinjiang are described as “serious concerns” in a joint statement made after the conference.

According to the French foreign ministry, France’s foreign affairs minister has agreed to collaborate with his Indian counterpart on a programme to foster “a truly multilateral international order.” During their call last month, Jean-Yves Le Drian and Subrahmanyam Jaishankar also agreed to strengthen their strategic alliance, which is “based on a relationship of political trust between two large sovereign states of the Indo-Pacific,” according to the ministry. Even a layman can decipher that these actions were in a way meant to pacify a disgruntled France and repair the damage of Joe Biden’s go-ahead for AUKUS.

The Indian Air Force (IAF) has also inked a contract to purchase phased out French Air Force Mirage-2000 fighter aircraft, which will aid in the maintenance of its fleet. This is the second such arrangement that the Indian Air Force has signed for the purchase of approved airframes, allowing one of the most powerful aircraft fleets to remain in service for longer. “Some time ago, a squadron of French Mirage jets was phased out. On August 31, a contract was struck to acquire these phased-out planes in order to increase parts and airframe capabilities for the about 50 Mirage-2000s in the Indian fleet, according to government sources. All in all, the bilaterals are at an all-time high.

Now by setting the stage for the two-plus-two meeting, between France and Japan, a working-level dialogue between Japanese and French foreign ministry and defence officials was held on Tuesday in Tokyo. With all these background development, and with Joe Biden empowering China, Japan (which along with India faces direct threat), has decided to give a stern message to Biden administration regarding the rules of the game in the Indo-Pacific and how he treats his treaty and non-treaty allies in the region.