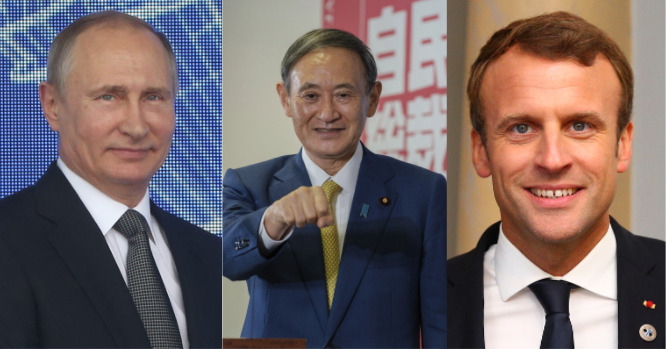 France and Japan are coming together to take on China in the East China Sea and the South China Sea. French President Emmanuel Macron was the only head of state from the G7 nations to attend the Tokyo Olympics’ opening ceremony on Friday. Subsequently, on Saturday, Japan’s Prime Minister Yoshihide Suga and President Emmanuel Macron agreed to strengthen security ties to achieve a free and open Indo-Pacific region. This is the second one-on-one meeting between the two leaders in a span of two months, showing how close ties between Japan and France have grown in the recent past.

Growing Chinese belligerence across the Indo Pacific has forced world powers to take note, and rush their militaries to the crucial region. France is standing right beside Japan in its fight against China. Japan shares a dispute with China over the Senkaku Islands in the East China Sea.

Now, Japan has earned the support of France to protect its interests in the East China Sea. With each passing day, the free world community is making it all the more difficult for China to bully just about anybody it wants to.

On Saturday, the Japanese and French leaders had a one-on-one lunch meeting that lasted about 80 minutes. The joint statement released after the meeting refers to human rights violations by the Chinese government in Hong Kong and Xinjiang as “serious concerns.”

According to Nikkei Asia, the statement also said that the two countries would push for maritime security and infrastructure development in coastal countries in the Indo-Pacific region, in accordance with the roadmap on Japan-France cooperation agreed on in 2019.

Prime Minister Yoshihide Suga said, “I’m happy that there is concrete cooperation in progress between Japan and France for a free and open Indo-Pacific.” In May, France’s “Jeanne d’Arc” training squadron arrived in Japan. The French Army also joined the Japanese Ground Self-Defense Force and the U.S. Marine Corps for remote island defense training on Japan’s Kyushu Island. France has been increasing its involvement in multinational military drills with Japan and other democracies in the East China Sea and other parts of the Indo-Pacific to send out a clear message to China.

Japan has already managed to get Russia on its side, and the two countries are looking to cooperate and jointly develop the strategic Sakhalin Island. Effectively, Japan has been given access to the Russian Far East by Vladimir Putin, and this is bad news for China. Meanwhile, Moscow is also considering an array of “unprecedented” proposals for joint economic activities with Japan on the northwestern Pacific islands at the center of the two countries’ long-standing territorial dispute.

At a Security Council meeting on Friday, Putin said that Prime Minister Mikhail Mishustin made proposals related to the joint activities that are “absolutely unique and unprecedented” and will be taken up with Tokyo.

Read more: Macron makes a direct move to provoke China, France is all set to enter the East China Sea with US and Japan

East China Sea is the region which China has been acting aggressively in for quite some time now. It is here that Beijing is embroiled in territorial disputes with Japan, and it is here that Taiwan also lies. Therefore, when France enters the East China Sea, it effectively signals Beijing that Taiwan has France’s covert support.

Additionally, the Japanese Senkaku Islands, which China claims and calls as Diaoyu, are also located here. As such, while China has embroiled itself in multiple conflicts in the region, it now finds itself isolated in the face of a massive U.S.-Japan-France-UK quadrilateral taking shape.

The United Kingdom has announced that it will permanently deploy two warships in the Indo Pacific. Already, Britain’s Queen Elizabeth aircraft carrier and escort ships are set to sail to Japan in September, armed with F-35B stealth jets. The Queen Elizabeth is being escorted by two destroyers, two frigates, two support vessels and ships from the US and the Netherlands. China, expectedly is fuming.

Chinese Foreign Ministry spokesperson Zhao Lijian said China respects freedom of navigation and overflight in its surrounding waters, a right “enjoyed by all countries in accordance with international law.” However, he said, “Beijing firmly opposes the practice of flexing muscles at China,” adding that the military signalling “undermines China’s sovereignty and security, and harms regional peace and stability.”

Powers from all across the world are descending on the East China Sea, and Beijing’s good times of harassing smaller nations are definitely over. Now, the collective might of the free world order stares China in the face, and threatens to gouge Beijing’s eyes if China does so much as raise a finger in the region.