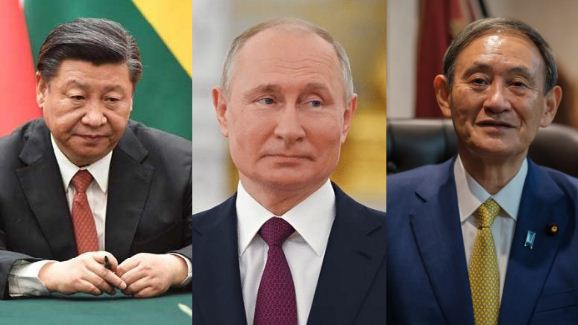 The Kuril Islands dispute– a legacy of the Second World War, has formed the root of cold relations between Moscow and Tokyo. The dispute is decades old and a new common enemy is on the horizon. Russia and Japan should not be fighting against each other over a decades-old dispute rather they should be fighting together against the common enemy; China.

Both Russia and Japan have been making moves to somehow get past their differences on the Kuril Islands issue, and the first decisive step towards the upliftment of Kuril-centred ties has now been taken. Russia has been nudging Japan to jointly-develop the Kuril Islands with it for quite some time, and Tokyo seems to have now come aboard with the plan.

As per Reuters, the Russian Pacific Island of Sakhalin is close to a cooperation agreement with a Japanese company on carbon capture and storage technology as it moves to carbon neutrality by 2025. Russia aims to make Sakhalin carbon neutral by 2025, the first region to do so in the country, as the island needs to move quickly in adding renewable resources amid depleting fossil fuels. To achieve the same, Japan will now be helping Moscow.

Regional governor Valery Limarenko was quoted as saying, “The regional government is preparing to sign a cooperation agreement with a well-known Japanese company.” The region will introduce 10,000 electric-powered vehicles and 1,000 charging stations by 2025, along with plans of switching from domestic heating boilers to natural gas and LNG, including on the Kuril Islands. Apart from the EV and LNG push, Reuters also reported that the region aims to generate 28 per cent of energy from renewable sources by 2025 thanks to the construction of wind, solar, geothermal and small-sized hydro-electric power stations, mainly on the Kuril Islands.

For Russia, the Kuril Islands are very important. The strait between Kunashir and Iturup does not freeze over in winter, thus, control of the islands ensures that Russia has year-round access to the Pacific Ocean for its Pacific Fleet of warships and submarines based in Vladivostok. Moreover, it is the only archipelago which can give the Russian Pacific Fleet access to the Pacific Ocean, since other straits are under the control of foreign countries or are underdeveloped.

Read more: From co-operation on Kuril Islands to Japan’s entry in the Russian Arctic, The Russo-Japanese alliance looks like a surety

A Russo-Japanese joint venture in Sakhalin Islands will most definitely become a stepping stone for both countries to develop the disputed Kuril Islands, but the geopolitical significance of Moscow allowing Tokyo into Sakhalin is tremendous. That Russia is allowing Japan to partner with it in achieving a significant milestone in the Russian Far East will send shivers down the spine of China – which has been eyeing the region for itself.

China plans to access the Arctic and hegemonise it, and the only route for it to do so would be via the Russian Far East. However, by bringing Japan into the picture, Russia has turned the tables quite magnificently on Beijing. Not that China stood any chance of getting to Russia’s far east in any case, but by letting Japan into a region of which Moscow is very possessive about, Vladimir Putin has shown China that Japan is a friend of Russia which China can never be.

Read more: Japan wants to leave its differences with Russia aside and join hands against common enemy China

In February this year, Japan had offered to cooperate on Arctic shipments and agricultural imports from the sparsely populated Russian Far East. Earlier, Japanese Foreign Minister Toshimitsu Motegi had said, “We are steadily working on carrying out joint economic activity [with Russia] on four northern islands (called Southern Kurils by Russia), as well as on humanitarian projects for their former residents.”

Besides, there is also a possibility that Russia and Japan would sign a peace treaty over the Kuril Islands soon. By signing a peace treaty with Japan, Russia’s year-round entry into the Indo Pacific will be guaranteed, and that would itself be a nightmare for China. Japan, meanwhile, would get access to the Kuril Islands, the Far East and Arctic region as an equal partner.

With their collaboration in the Sakhalin islands, the Japan-Russia partnership has just begun and will grow from strength to strength here on.