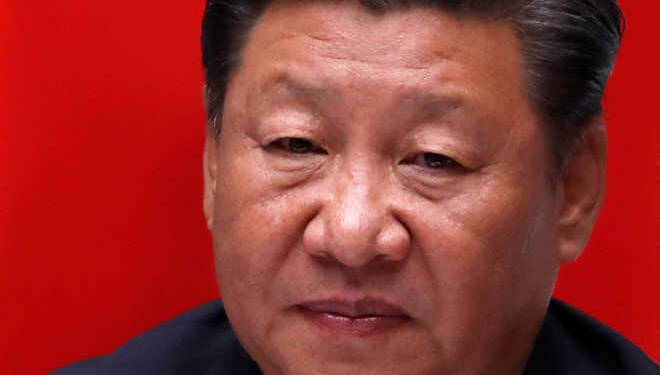 Jinping is already facing the threat of a massive coup against him. So he clearly does not want to rile up any more feathers. Here are five of the top roll-backs done by Xi Jinping, and they show the sheer distress he is in after butchering the Chinese economy as his communist policies and plans boomerang.

Trump’s hard-hitting sanctions on Chinese chip manufacturers made China rush to raise semiconductor giants at home. President Jinping was exceedingly ambitious for his “Star startup project” that would have made China a chip-powerhouse. However, the venture turned out to be a spectacular failure.

The “pioneering” Chinese chip project did not only lead to piling up of multiple non-performing assets (NPAs) but also resulted in flooding the tech market with refurbished and fake chips. Resultantly, a desperate China is now pleading its citizens overseas to buy the Japanese semiconductor chips and send them back home.

However, Xi Jinping is now giving up on his plans to manufacture indigenous chips and reduce reliance on foreign semiconductors. In fact, the municipal government of Wuxi, a city in eastern Jiangsu province, teamed up with South Korean memory chip giant SK Hynix to develop the China-Korea Integrated Circuit Industrial Park.

Xi has therefore realised that the tech sector in his country is already facing the pressure of tight regulatory policies, antitrust probes and a series of relentless crackdowns. Therefore, it can’t really show the appetite for innovation and developing indigenous chips. By roping in a South Korean giant, Xi has accepted defeat and has also rolled back his domestic chip ambitions.

Chinese President Xi Jinping started cracking down on tech and edutech players last year. He introduced tight regulatory policies and launched relentless crackdowns on the private sector, in a bid to hark China back to the Maoist era.

In a way, Xi was sending across a sharp signal— ‘I am a hardline Commie. I don’t need the wealth of the private sector, regardless of where it comes from.’ Yet, with angry foreign investors starting to exit China, Xi seems to have pressed the panic button.

Therefore, Chinese authorities have expanded the investment scope for foreign investors. Key commodity and stock market derivatives have been opened up to foreign investors even as the country’s local private sector reels under the weight of tight regulatory measures and relentless crackdowns by the Xi Jinping government.

Now, this is a policy rollback of sorts. Xi is not easing the regulatory curbs on the private sector nor is he promising to give up on the vindictive policy of cracking down on entrepreneurs. But in a bid to induce foreign players to stay in the Chinese markets, he is widening the scope of investment in the Chinese economy. By opening up Chinese markets, Xi is trying to play a reformist, which is certainly a big about-turn from his recent policies that border on radical socialism.

Xi fails to push through his property tax plan

It is no secret that China’s real estate sector is in the middle of a huge crisis. Property development in China has for long been a major source of wealth generation. However, limitless speculation and attempts by local governments to pump growth numbers have created useless housing and public infrastructure worth billions of dollars in China.

Unfortunately, the brainless construction projects were financed by debt instruments and therefore the Chinese real estate sector has become a huge bubble that can burst any time soon. Xi, on his part, wants to deflate the real estate bubble and this isn’t a secret either.

So, Xi decided to introduce a nationwide property tax with the idea that it would curb housing sector speculation. Xi even had a slogan to push through his plan – “Housing is for living, not for speculation.”

However, as per Wall Street Journal, the plan of a nationwide property tax to control speculation in housing projects and deflate the real estate bubble faced opposition from Communist Party elites and its rank-and-file members. This is perhaps the most embarrassing rollback for Xi. Initially, he wanted to impose property tax in 30 cities but with negative feedbacks, it has been significantly scaled-down.

Xi Jinping had made one thing clear- China must pursue a goal of “common prosperity”. He declared that wealth is to be fairly divided amongst all the people as a key objective of the next stage of China’s economic growth.

The “Common prosperity” goal explained why Chinese businesses were facing regulatory pressure and relentless crackdowns. However, it soon became clear that common prosperity would actually lead to ‘common poverty’ as the wealth creators and entrepreneurs who have stimulated the Chinese economic growth for several decades started getting wiped out.

Soon, Xi gave a sharp spin to his “common prosperity” goal in order to save the embarrassment for himself.

The Chinese President has been quoted by Qiushi Journal, a publication of the ruling Communist Party, as saying, “Not everyone will be wealthy at the same time and not all regions will reach the same level of wealth at the same time.”

Xi Jinping has shortened his ambitions. He plans to realize equal access to basic public services by 2035 and common prosperity to be “basically achieved” by 2050.

However, after a year of extreme suffering in China, Xi actually decided to unload Australian coal at Chinese ports and lifted the informal ban on the superior quality coal to which the Chinese power sector and thermal plants are finetuned. This is a major loss of face for Xi as the rollback on his policy to avoid Australian coal literally means that he has conceded in the war against Australian Prime Minister Scott Morrison.

Xi’s rollbacks are too little; too late:

The people of China are suffering. The real estate crisis has already led to the downfall of the China Evergrande Group and another property developer Fantasia Holdings. The mounting debt crisis has gripped the Chinese economy and we are looking at contracting Chinese property sector for the first time since 1992.

Meanwhile, the Chinese GDP growth rate too plummeted to a mere 4.9 percent in the last quarter, down from 7.9 per cent in the previous quarter. Xi’s regulatory crackdowns have closed all avenues of wealth generation and the power sector crisis shows no signs of a near resolution due to mounting global coal prices. The fact remains that Xi’s poor economic policies have torn apart the Chinese economy and his rollbacks aren’t really going to repair it.