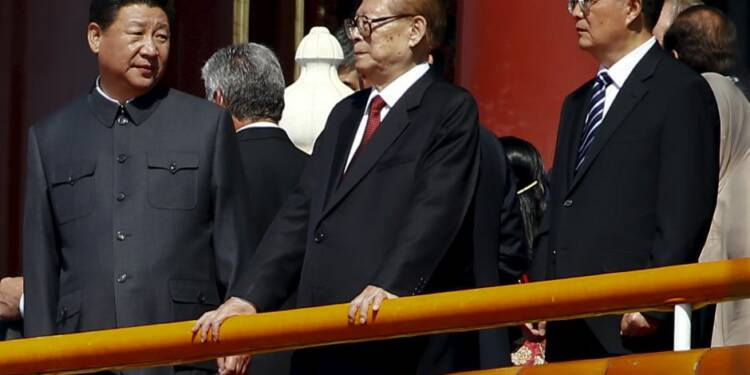 The free world versus China rivalry shows no signs of ending soon. Meanwhile, an expansionist China keeps stepping up its belligerence against the democratic powers. So, how will this rivalry end? Will there be a war or will China witness a downfall just like the Soviet Union collapsed at the peak of the US-Soviet Cold War?

Well, the Soviet Union and the People’s Republic of China are quite different. China is a lot more centralized than the erstwhile Soviet Union. Yet, many Chinese regions are waiting to implode just like many post-Soviet Republics had severed out of the Soviet Union. However, China’s downfall will actually be triggered by the Han Chinese people living in the mainland who are getting increasingly disillusioned with the Chinese Communist Party (CCP).

Russia was a Tsarist classic early Modern Feudal Society. On the other hand, China has had phases of a strong centre or a divided China under warlords but rule in the name of the King. Presently, the People’s Republic of China is a strong Centre with weak local governments. So, there will be a Chinese disintegration just like the Soviet disintegration and though the process would be different, the consequences would be similar.

The Soviet downfall had its own reasons. It was rooted in excessive State intervention and lack of private enterprise. It was something that was progressively taking place and finally took the form of the collapse.

In China, things are different. There is no problem of control as China uses modern surveillance methods to undermine any attempt at a rebellion rather there is a problem of suffering faced by the people. In fact, as soon as the central leadership in China falls apart, the disintegration process will be started.

For the last seven decades or so, China has had a strong central leadership with the CCP Secretary General literally controlling the entire nation. The seven different regions namely Tibet, Hong Kong, Shanghai, Xinjiang, Manchuria, Chengdu and Zhang Zhung that traditionally want to sever from China haven’t been able to separate themselves only due to a very strong central leadership in Beijing. Add to it, the city-State of Hong Kong whose liberties and pro-democracy traits were killed by the CCP last year.

The suffering of Chinese people to trigger disintegration

Yet, over the last one year or two, Chinese President Xi Jinping has been making the people of China suffer and this could mark the erosion of a strong central leadership in Beijing and the ultimate disintegration of China.

Xi has been making the people of China suffer in three big ways.

Xi has taken a spate of decisions over the past year that has led to China’s economy bleeding.

Meanwhile, Xi is murdering private enterprises. He is cracking down on Tech and Edutech enterprises relentlessly which has led to the State-owned enterprises surpassing the private sector in China. Meanwhile, the Chinese stock markets are crashing and hurting the interests of both domestic and overseas investors.

Finally, the power sector crisis, which has been triggered by Xi’s decision to avoid importing Australian coal has led to major suffering. Thermal projects in China that were finetuned to working with Australian coal are suddenly collapsing and the entire Communist nation is getting engulfed in blackouts, even as factories and manufacturing units shut down in China’s industrial belts.

Lesser factories and a shrinking private sector translate into lesser business, lesser jobs and a huge dip in GDP growth for China. Chinese GDP growth has already dipped to 4.9 per cent in the last quarter, down from 7.9 per cent in the previous quarter. Meanwhile, a US agency has downgraded the credit rating of seven Chinese real estate giants which reveals that more suffering may be in store for China.

Economic suffering is the reason why Xi Jinping rolled back some of his policy actions. But the panic has set in and Chinese people living in blackouts or gross uncertainty about their financial future blame the man at the top for taking absurd decisions.

The biggest problem in China is that there are no channels to vent out the anger. People are worried about their future but they can’t even vote to elect a new government or protest against the incumbent regime. But ultimately people of China will rebel and ask tough questions of the CCP.

Moreover, Xi has been overbearing and extremely high-handed in his approach. Instead of getting liberal or loosening CCP control, Xi is trying to kill whatever little freedoms the people of China still enjoyed. He is mounting surveillance which creates a rather toxic atmosphere, and within a few years, you can expect a big anti-CCP revolution to emerge in China.

Xi wants to be too invasive a leader. He is deciding if Chinese kids should play video games or not. He also wants to decide the kind of singers the people of China should listen to. Beyond a point, no one can tolerate a leader who invades way too much in personal or family life.

Xi’s overbearing attitude threatens to jeopardize the already wounded family institution in China. Either the people of China will have to absorb the ongoing shocks which seems unlikely or they will stage an uprising that will take down the CCP. The uprising will be too difficult to tackle for the CCP when it comes from within the Han Chinese community living in mainland China