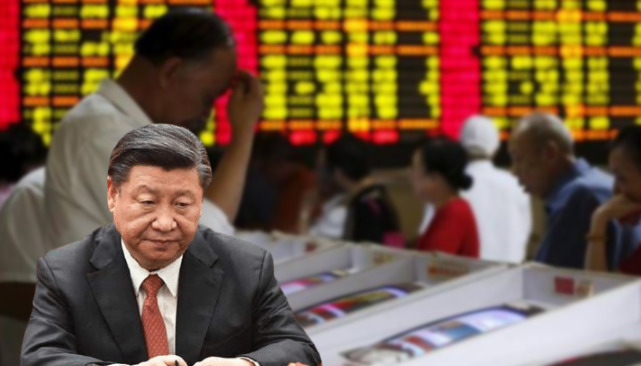 Chinese President Xi Jinping articulated an alert on October 15. As per the Chinese Communist Party’s flagship journal on political theory, Qiushi, Xi said, “It is necessary to prevent the stagnation of the social class, unblock the channels for upward social mobility, create opportunities for more people to become rich, and form an environment for improvement in which everyone participates, avoiding involution and lying flat.”

This was probably the first time that Xi talked about “Lying flat” or what is called tang ping in China, a movement that involves lying down and doing absolutely nothing. “Lying flat” has gained traction amongst Chinese youth as a symbol of protest against the brutal “996” working culture in China that involves working from 9 AM to 9 PM, six days a week. However, the “lying flat” campaign is now pushing China deeper into a ‘middle income trap’.

What is the ‘Middle Income Trap’

The term ‘middle income trap’ is a broad reference to a phenomenon in which countries experience rapid growth and quickly reach the status of a middle-income country, but start stagnating after that and fail to catch up with higher income economies and get trapped in the middle-income zone.

China itself is at the risk of getting stuck in the ‘middle income trap’. The World Bank considers an economy with a per capita income between $1,000 and $12,235 to be a ‘Middle-Income’ country. China has been in this category for almost 29 years now.

What China’s prolonged journey as a ‘middle income’ country means is that it may never be able to cross the threshold beyond which it can be labelled as an upper-income country. Time is running out for China as other high-income Asian economies- South Korea, Taiwan, and Singapore had spent 23, 27, and 29 years as middle-income countries respectively before taking a leap and becoming high-income countries.

In 2020, China’s per capita income was $10,484 and therefore the country needs to pick up growth quickly to escape the middle-income trap it finds itself in.

When Xi spoke about “Lying Flat”, he seemed to suggest that the movement strikes at the very core of his “Chinese dream” ideology, which he describes as the “great rejuvenation of the Chinese nation”.

Chinese experts however fear that the “Lying Flat” campaign could throw China deeper into a ‘middle income trap’.

Dr Gavin Sin Hin Chiu, an independent commentator and former associate professor at Shenzhen University, has been quoted by SCMP as saying, “If it [lying flat] becomes widespread, it will affect young people’s expectations of income growth, consumption, marriage and childbirth, which will be detrimental to China’s ability to avoid the middle-income trap, where growth stagnates and incomes stall.”

Chiu added, “China is now at a crossroads of becoming a high-income economy or finding itself stuck in the middle-income trap.

Xi Jinping understands that if Chinese youth stop working, then there will not be a rise in overall national income and China will stay where it is- a middle-income zone.

The Qiushi article quoted Xi Jinping as saying, “Only by promoting common prosperity, increasing the income of urban and rural residents, and improving human capital can we increase overall productivity and consolidate the foundations for high-quality development.”

Lying flat is unlikely to go down

Xi is rebuking Chinese youngsters for adopting a minimalist lifestyle. The campaign had originated after a young Chinese man, Luo Huazhong, wrote a post on Baidu Tieba social media platform titled “Lying Flat is justice”. It explained how he embraced minimalism for the past two years. Luo said, “Life is just lying down, lying down and lying down.”

In media interviews, Luo said, “When I say lying flat, I don’t mean that I just lie down every day and don’t do anything.” He added, “Lying flat is a state of mind – that is, I feel that many things are not worthy of my attention and energy.”

Soon, the lying flat campaign spread like a wildfire in China with youth embracing the individualist campaign. It allowed them to think of their own needs instead of working in animalistic conditions to raise national income just to meet the Chinese Communist Party’s ambitions goals.

China is using its “Great Firewall” and heavy censorship to curb the lying flat campaign. Luo’s original post itself was targeted but its copies quickly spread on the internet and the Chinese youth seemed to pick up the idea well.

Chinese Communist hardliners are slamming the movement. Hu Xijin, editor-in-chief of the CCP mouthpiece Global Times, said, “Young people are the hope of this country. Neither they themselves, nor the country, will allow them to collectively lie flat.” State-backed media outlet Nanfang Daily too called the movement “shameful”.

But here is the real thing- if If average Chinese youngster doesn’t want to waste his youth working 12 hours every day for six days a week only to earn higher incomes, the CCP can’t force him to aim to earn more.

Lying flat is a campaign that can’t be cracked down upon and much to the chagrin of the CCP, it is throwing China into the middle-income trap for eternity.