Philip Bump : Is there an end to Liberal conspiracies? 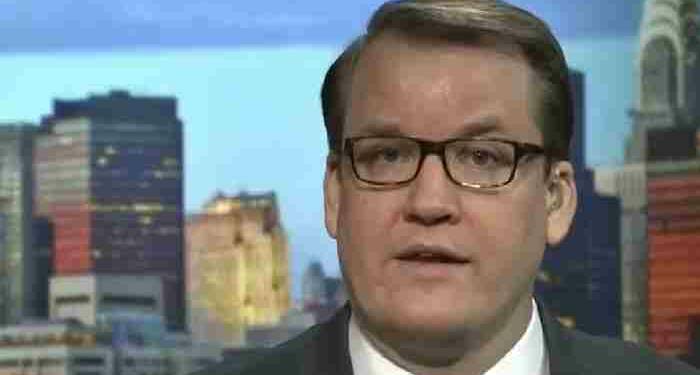 Before Washington post he wrote for The Atlantic and Grist, was a senior designer at Adobe, ran political campaigns in Silicon Valley, and worked in communications in New York City. In 2010, he was a finalist for a Mirror award, presented by the S.I. Newhouse of Syracuse University for his excellence in media coverage, in the category Best Individual Article: Digital Media. In 2009, Philip Bump worked for the South Bay Labor Council (SBLC), a union group based in Silicon Valley.

If one has ever read his opinions about Trump, it is safe to say that Philip Bump resents Trump and during Trump’s Presidency there is not even a single thing done by Trump has been criticized by him. It is not a secret that developed countries like UK, USA, France etc. are a hub for immigrants and the laws made to control immigration is only for the betterment of the country. But Liberals like Philip Bump do not seem to understand its importance and chose to disregard such laws without any second thought.

Philip Bump has criticized Trump for the immigration policies and shown similar hatred towards Fox news channel, which supports the republicans. Philip Bump’s opinions directly indicate that his hatred towards Republicans specifically Trump is much more than his attachment towards President Joe Biden. From the very beginning when Joe Biden won the elections till right now, he has always supported Biden in all the decisions despite its effect on the people and when Trump has made such decisions his hypocrisy is clearly visible.

His feud with Journalist Glenn Greenwald

Sub stack journalist Glenn Greenwald criticized Philip Bump for declaring the Hunter Biden laptop scandal a “conspiracy theory” despite reports that verified emails that surfaced during the elections in 2020. On Monday, Bump shared his “analysis” addressing “5 conspiracy theories that remain unproven, despite what you’ve heard,” which lists disputes over the alleged FBI involvement in the January 6 riot, allegations of election fraud in Arizona and the Russia investigation’s links to the 2016 Hillary Clinton campaign. To end his article was the “conspiracy theory” about young Biden’s laptop that emerged almost a year ago, which was declared by many outlets as “Russian disinformation” despite any evidence and New York Post report suppressed by Big Tech.

When Bump’s article caught the attention of Greenwald, an outspoken critic of the media, particularly in his handling of the Hunter Biden story. Greenwald Tweeted:

Greenwald continued: “All this ‘fact check’ reads like a DNC press release. Much like the ‘anti-disinformation’ industry, this new ‘fact checker’ media headline is a huge fraud, designed to disguise liberal media activism as something higher, noble, and trustworthy, neutral or whatever.
Bump responded, telling Greenwald: “I am not a fact-checker and the point of the article is precisely that the validity of the emails is irrelevant, but otherwise good.”

To which Greenwald replied: “The mainstream media claim, copied from the CIA, was that the laptop was Russian ** disinformation **. It is to protect the conspiracy theories of the liberal media, not to discredit them.”

Also Read : Joy Piccolo O’ Connell and her role as a wife while her husband was battling cancer

Saudi Arabia has fully normalised relations with Israel, only a huge ceremony remains