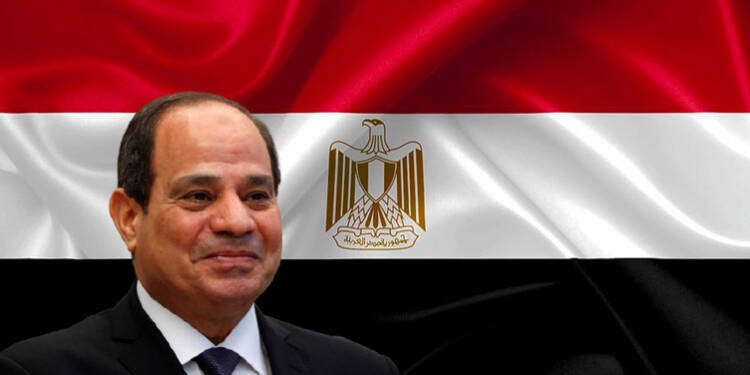 Egypt’s President Abdel Fattah el-Sisi has made a major announcement, lifting the nationwide state of emergency which was in place for the last four years. This hints at how Egypt has come a long way in fighting terrorism and the Muslim Brotherhood that was overthrown in the year 2013. el-Sisi said, “Egypt has become, thanks to its great people and its loyal men, an oasis of security and stability in the region.” The President added, “This is why I decided to cancel the renewal of the state of emergency throughout the country.”

Till now, the Western world led by the US was opposing human rights violations in Egypt, allegedly perpetrated due to the Emergency. However, by revoking the Emergency, el-Sisi is making it clear that Egypt is in a secure place and has undone the impact of the radical Muslim Brotherhood. In fact, the West must embrace Cairo now, especially because it has been acting like a friend for the West for quite some time by being a responsible power centre and befriending Israel and the Arab States, despite traditional differences for quite some time now.

Bad History between the West and Egypt:

The root of bad relations between Egypt and the West dates back to the Suez Canal crisis which began on October 29, 1956. The Suez Canal was crucial for Europe as it controlled two-thirds of the oil supply to the Continent.

However, the then Egyptian President Gamal Abdel Nasser had nationalized the Canal with a tacit nudge from the Soviet Union and started arguing that tolls from the ships passing through the Canal would be used to fund construction of the Aswan Dam on the Nile River, which the US had then refused to build.

One of the reasons why Nasser sought to nationalise the Canal was bitter resentment amongst Egyptians towards the continued presence of British troops in the Suez Canal zone granted by the 1936 Anglo-Egyptian Treaty. Angered by the nationalization of the Suez Canal, Israeli, French, and British forces launched a joint attack against Egypt. This single crisis damaged ties between Egypt and the Western world for a long time to come.

Later in 1967, Egypt fought the six-day war with Israel, in which it lost the Sinai Peninsula to the Jewish nation. Later, in 1973, Egypt again joined Syria in a joint war effort against Israel. Two wars with a Western ally further embittered ties between Israel and Western powers.

Egypt and Israel did normalise bilateral ties in 1979. However, there was no marked improvement in Egypt-West relations. Finally, in 2011, the US-backed Arab Spring movement and former US President Barack Obama’s interventionist policies started hurting Egypt. Hosni Mubarak, the President of Egypt since 1981, was thrown out of power in 2011.

The Arab Spring and regime change wars waged by the Obama administration were supposed to bring democracy in the Arab world and bring the region closer to the West. However, the Muslim Brotherhood-led by Mohammed Morsi took over Cairo. Muslim Brotherhood is a terrorist organisation that came to power with the support of a US-backed movement but started hurting American interests themselves before it was ousted in 2013 by an interim government in Egypt.

Muslim Brotherhood’s arrival was bad news for both Egypt and the US. Mubarak may have been a dictator, but he was far better than the radical Muslim Brotherhood. As such, the events of the 2011 regime change did embitter Egypt-US ties.

El-Sisi, the man who is destroying the Muslim Brotherhood:

In 2017, el-Sisi made a big move by declaring a nationwide state of emergency to combat terrorism. The Western world and el-Sisi’s critics allege that the emergency was a means to stifle dissent. However, the fact remains that the emergency had to be imposed to counter a monster created by Obama’s interventionist policies.

How Egypt has been helping the West in the Middle East:

Egypt is centrally located in the Middle East, neighbouring Israel on its East and Libya on its West. To its North, Egypt shares a crucial Eastern Mediterranean coastline with countries like Israel, Turkey, Greece, and Cyprus. Therefore, Egypt becomes a central power whose policies have repercussions on sensitive zones like Libya and the Gaza Strip.

In fact, Egypt is the only country that enjoys close ties to Israel and is also respected highly by Hamas. The Hamas leadership understands that the supply of necessities to Gaza cannot be secured without Egypt’s cooperation and also Hamas leaders get to visit Egypt without any restrictions. This makes Egypt a capable mediator between Israel and Hamas.

Egypt, on its part, has made it a point to use all its influence and communicate Israel’s message to Hamas. Egypt has been discouraging Hamas from indulging in misadventures against Israel and has been making it conscious of the risks involved in needling the Jewish nation.

Egypt presently has very good ties with the Arab nations too and is also helping push back against Turkish belligerence. Egypt and Greece also signed a maritime agreement last year designating an exclusive economic zone in the eastern Mediterranean between the two countries. Greek officials said that the EEZ deal with Egypt effectively nullified the accord between Turkey and the Muslim Brotherhood of Libya, which was supposed to let Turkey gain control of Libya’s waters and dominate the southern Mediterranean Sea, to the detriment of European nations and Egypt.

Egypt has been doing for the US what Turkey, a NATO ally, should have been doing. And Egypt has been behaving in an extremely friendly way for quite some time now. It is now for the US and the rest of the Western world to realise that Egypt is their real ally and make a revision in their foreign policy that scraps Turkey and embraces Egypt.