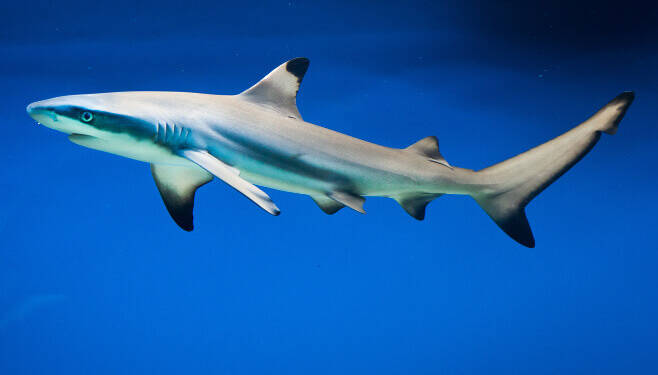 How the hybrid shark investigation began:

A group of 10 Australian scientists announced that they discovered the world’s first “shark hybrids”, the offspring of two different species of sharks that cross. During a routine survey of Australian marine flora and fauna, 57 sharks were found that physically resembled shark species but had genetic markers incompatible with this species.

A group of Australian researchers documented 57 individual sharks that were actually hybrids between common sharks and Australian sharks. Subsequent investigation revealed that these animals were hybrids between a common shark (Carcharhinus limbatus) and an Australian shark (Carcharhinus tilstoni). Several Australian shark scientists discovered hybrid sharks because two different species interbred and produced offspring. The discovery came during cataloging work off the east coast of Australia when Morgan said that genetic testing showed that some sharks were of one species when physically they seemed to be different.

Common blacktip sharks are much more widespread than Australian blacktip sharks but climate change has changed their breeding grounds resulting in hybrids. The breeding grounds of sharks are indirectly changing and therefore hybrids are born of mixed species. However, sharks do physical mate one-to-one, which usually guarantees no hybridization. Scientists whose work has been published in Conservation Genetics are unsure if the unprecedented shark hybridization is a response to climate change or an adaptation to changes in food availability.

University and government researchers say it’s too early to say why hybrid sharks are capable of reproducing themselves – unlike, for example, mules – or whether they will supplant their parent species, but they say this discovery suggests the presence of other sharks and similar rays.

Different species of shark often have different mating behavior, which was thought to make such hybridization very unlikely. So yes, different species of shark can hybridize and this is probably more common than we know but not much has yet been discovered. Abnormal mating behavior and hybrid breeding are the tip of the iceberg for shark researchers.

Also Read: Ruben Navarrette has something to tell through his life

What does the hybrid shark researches show?

The researchers found that hybrid sharks reproduce and offspring of several generations have been found among the sharks on which they are genetically tested. Many of the news articles about this discovery underscore the claim that sharks hybridize to protect themselves from climate change. Found in colder waters, the hybrid of a tropical shark and its cousin in colder waters will inherit a wider range than its parents.