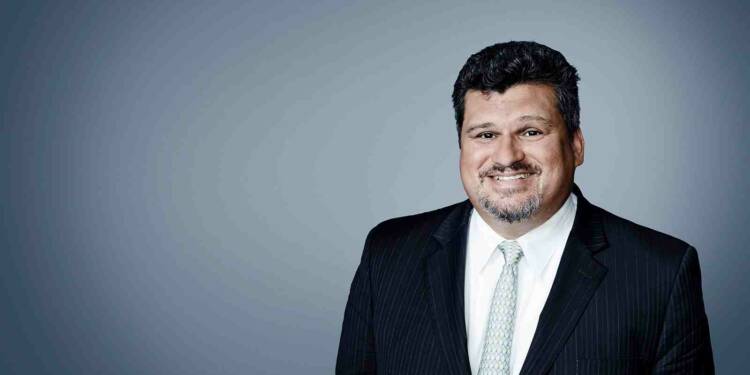 Ruben Navarrette is the most frequently read Latino writer in the country and the 16th most popular columnist in America. Navarrette, his wife, and their three children live in the San Diego region.

He is a nationally syndicated columnist for The Washington Post Writers Group, whose twice-weekly column appears in roughly 150 newspapers, a contributor to USA Today and FOXNEWS.COM, and a Daily Beast columnist. Navarrette has been on scores of television series.

In 2007, he was a panelist on PBS’ All-American Presidential Forum, where he asked Democratic contenders questions. He’s been a guest on dozens of local and national radio stations. He has been a National Public Radio analyst.

Ruben Navarrette has had radio shows in Phoenix, Dallas, San Diego, Fresno, and Los Angeles, as well as serving as a guest host on “The Michael Medved Show,” which is nationally syndicated.

Ruben Navarrette spent 12 years as a reporter/metro writer for The Arizona Republic, The Dallas Morning News, and The San Diego Union-Tribune in the United States (editorial board).

Where has he written so far?

He is the author of “A Darker Shade of Crimson: Odyssey of a Harvard Chicano,” a book he wrote after graduating from Harvard College and the John F. Kennedy School of Government (Bantam, 1993).

In the National Headliner Awards in 2004, he came in second place.

The Press Club of Atlantic City awarded him third place in the National Headliners Awards in 2006.

The Dallas Observer honored him Best Columnist for a Daily Newspaper in 2002 and 2003.

He’s also a well-known lecturer, having addressed dozens of audiences at universities, conferences, and town halls since 1993. In 2013 and 2014, Ruben Navarrette served as a judge for the Pulitzer Prizes, and in 2012, the Washington Post Writers Group nominated him for the Pulitzer Prize in commentary. The success of the widely popular columnist and lecturer is a pathbreaking thinker and is admirable for his preaching.