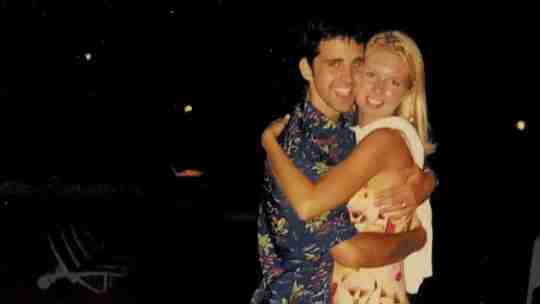 Christy Neal is a housewife and mom as well as former homeschool mom of 10 years. Christy has lived in Los Angeles with her 3 children and husband for almost 19 years. Christy Neal is known for her husband Link Neal. “Link” to Charles Lincoln Neal III is an actor, writer, and singer/songwriter from the United States who is best known as half of the comedic duo “Rhett & Link.”

Christy Neal enjoys entertaining, organizing, gardening, and long walks with friends. She was a happy woman but she struggled with some anxiety issues after the birth of her baby, she mentions in a podcast named ” Ask science mike “.

So how did she face the injury?

On one fine day in Aug 2016, Christy Neal was headed to her favorite grocery store but it was a new one in the town and she was not well aware of the surroundings there. She picked up some groceries and stuff and while she was on the way to the car, she got hit by the branch of a tree which was down pretty low from the tree. She was knocked out by the event and quickly she got up and drove back home.

Christy Neal was alright for 24 hours but when she was driving back home from her children’s tutoring class, she felt uneasy and felt she couldn’t drive back home so she pulled over on the side. She was undergoing a headache and everything around her was spinning as she mentions on the podcast. Initially, she drove back home and drove herself to the ER. The doctor ran some tests and told her to take it easy and she will be fine next week.

She didn’t feel like she was fine and decided to go to a neurologist, the doctor prescribed her some drugs and told her not to worry about it. It was a relief for some days but the headache and anxiety were not any good.

She was not able to sleep, she slept like 3 hours a day and her mental health was becoming worse. So she decided to go to a second neurologist and he was the one who encouraged her to take some brain rest.

Brain resting in the sense she should be far from screens, no socializing, driving, teaching, etc It was hard for her she said it was the lowest time of her life. Sitting in isolation was a completely different thing and she was the complete opposite of what life had thrown at her, she was a socially active person and now she wasn’t even allowed to do the things which she loved.

One of the things she learned was you can’t fight your way out of it, you need to heal your way out. Christy Neal then dropped out of the drugs she took her health into her own hands, she read about the post-concussion syndrome on the internet and she made brain tonics and it was working in her favor.

To heal her way out, she and her therapist decided not to read on the internet and fed her monsters. She said that she was in a good relationship with God when she was healing and that helped her a lot. She said to heal you need to believe in yourself and believe in God and you are not alone.