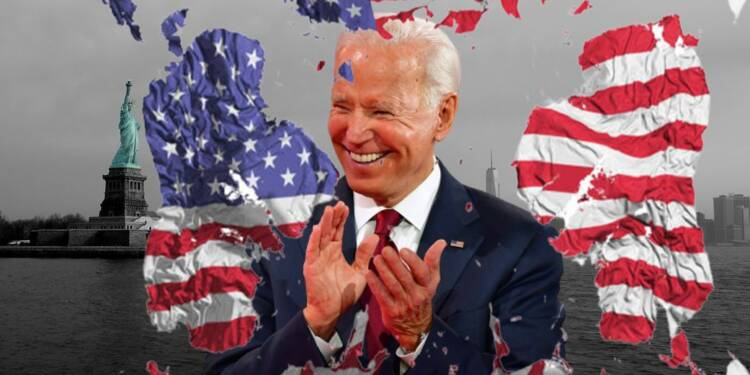 Joe Biden has not been the President of the United States of America for even a year, but in that short period, he has destabilised the country and the world far more than the left imagined after Trump’s election in 2017. Increased influx of illegal immigrants is one of the issues that the Democrats have brushed aside, for a long time. While the recent incident regarding the Haitian illegal immigrants has rejuvenated the criticism regarding the Biden administration’s border policy, Joe Biden is busy sneaking more and more immigrants into the US cities.

The New York Post has uncovered that loads of teenage migrants are being discreetly flied into suburban New York, in an effort by President Biden’s administration to quietly resettle them across the region. According to sources familiar with the situation, the charter flights originate in Texas, where the ongoing border crisis has overwhelmed the local immigration officials. They have been in operation since at least August.

Last week, two flights landed at the Westchester County Airport, with the majority of passengers seeming to be adolescents and teenagers, with a small number of men in their twenties. Westchester County cops stood by, as passengers piled into buses after flights arrived at 22:49 on  Wednesday and at 21:52 on Friday.

Also read: Biden administration is trying to bury the truth on Haitian migrants’ whipping story to push its sick agenda

Some of them were then observed in New Jersey, meeting up with relatives or sponsors, or being dropped off to a Long Island residential facility. According to a New York Post examination of internet flight-tracking data, roughly 2000 minor migrants have arrived at the White Plains airport on 21 flights since August 8. The operation’s secrecy raises questions about how the White House is handling the recent influx of unaccompanied youngsters.

According to the most recent numbers from US Customs and Border Protection, 37,805 unaccompanied youngsters were arrested while they were illegally entering the US from Mexico in July and August alone – often after being abandoned by professional traffickers known as “coyotes.”

Joe Biden’s office has not been able to address the border crisis, as he wrestles to keep his virtue signalling intact, not concerned with the southern states and its people. Biden was also flying Haitian illegal immigrants to New York, Florida and other parts of the US, instead of deporting them.

Read more: Biden is flying Haitian migrants to New York, Florida and other parts of the US, instead of deporting them

The situation at the southern borders with Mexico was already a disaster, and as the migrants swarmed near the border town of Del Rio (Texas) late last month, the government of Texas had been struggling to manage the huge flow of immigrants. Around that time, more than 15,000 illegal immigrants including Haitian, Cubans, and Venezuelans, had illegally entered the United States, and taken refuge beneath the border bridge linking Del Rio and Ciudad Acuña. Instead of solving the crisis and sending these people back to Haiti, reports mentioned how the Biden administration was using the hard earned money of its citizens to relocate the illegal immigrants into different American cities and states.

It seems similar practices have become the norm, and as the government is still trying to send illegal immigrants in different cities deep into the country, it has got the official nod as well. According to a New York Post source acquainted with the Westchester airport operation, the teenage migrants come with backpacks and are bused to destinations such as Bronx, Brooklyn, Queens, upstate Newburgh, and Bridgeport and Danbury, Connecticut.

“If the Biden Administration is so sure that its open-border policy is good for our country, why the secrecy?” said a spokesman for Republican Florida Gov. Ron DeSantis in response to The Post’s revelations. “Why is the Biden Administration refusing to release even the most basic information about illegal alien resettlement in our state and country?” Christina Pushaw, a representative for the company, stated. The facts are coming out on the ground and people are able to see the sheer ineptness of Joe Biden and his cohort of colleagues to run the US. Going ahead, no one is going to buy any lie the democrats would want to sell.

20 Be the person you needed Quotes