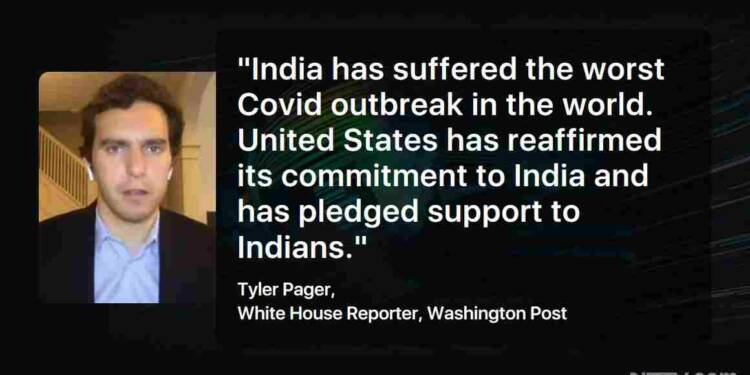 Tyler Pager is a white house reporter at The Washington Post. He was born and raised in Washington, District of Columbia, United States.

The Washington Post’s Tyler Pager is a White House reporter. He previously worked as a White House correspondent for POLITICO and as a national political writer for Bloomberg News, where he covered the 2020 presidential race.

On the Metro Desk at The New York Times, he completed the James Reston Fellowship. He got a master’s degree in comparative social policy from the University of Oxford, where he graduated with honors.

In an interview when asked about Biden’s first international trip after becoming the President, Tyler said that Biden is trying to restore American leadership on the global stage, He is trying to show that America is aligned with its allies in western Europe. and around the and very this is something that that the president has long believed in it. Joe Biden will make the case that America can restore its alliances and move beyond, America first policy. He further talks about how Biden is going to tackle the environment problems, diplomacy with Russia and Vaccine distribution.

Like all other journalists who call themselves liberals and defend democrats and attack Republicans, Tyler Pager has always supported Biden no matter what the real truth or real statistics show.

The new poll also found that 31% of Americans say Biden is keeping most of his key campaign promises, while 51% say he is not. The White House says the president will spearhead aggressive attempts to sell his economic agenda, including active travel by Biden and government officials and lightning-fast media backlash.

Pager on COVID vaccine in India

In an interview with a news channel in India Tyler said that now that Biden is the President, Indians will have no trouble in distribution of vaccine, when the Indian Journalist explained him about “rise in cases of COVID -19 and governments lack of management.”

It is absolutely evident how well India has tackled the COVID 19 management self-reliantly and Tyler’s remarks about India needing USA to manage the pandemic shows his lack of knowledge and him merely being a yes man to Biden.

Also Read : Mary Lindsey: Zoom virtual hearing incident and how the accused was caught during the live hearing.