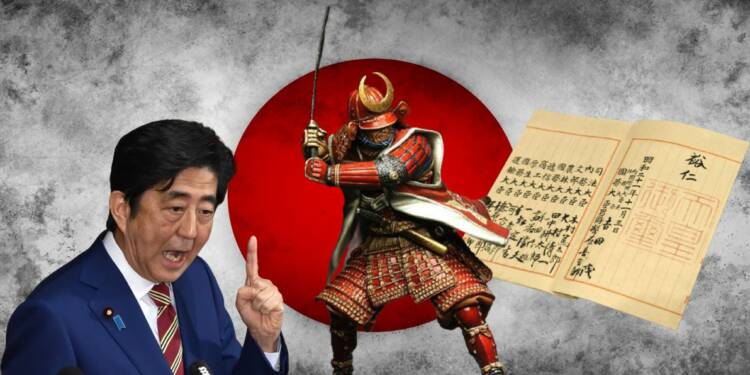 Article 9 – Japan’s pacifist constitution shows how the second World War’s scars run deep in Japan’s politics, even today. Every sovereign nation on this planet has the right to wage a war against its enemy to defend its boundaries and interests, except Japan.

The contentious Article 9 of Japan’s constitution:

After Japan’s crushing defeat at the hands of allied forces in the second World War, Japan’s constitution was rewritten in such a way that it made it unlawful for Japan to raise military, and spend on defence beyond the 1% GDP cap under Article 9. After having seen its two major cities of Hiroshima and Nagasaki ravaged by nuclear attacks during the war, a pacifist constitution looked appealing for an exhausted and tired Japan.

Indeed, pacifism brought stabilisation to the region and helped Japan build up its economy. In the 1950s and 1960s, Japan entered into a military alliance with the USA followed by a massive economic boom cemented on strong US-Japan trade ties. Japan’s economy thrived under the USA’s nuclear umbrella, which took full advantage of the US-backed free trade regimes and went on to become the second-largest economy in the world only after the US itself.

While showing his support for the Reagan administration in the 1980s, Japan’s former Prime Minister Yasuhiro Nakasone had once famously described the Japanese archipelago as an “unsinkable aircraft carrier”, highlighting Japan’s indispensable role as a bulwark against communism during the peak of the Cold War.

Subsequently, pacifism made deep inroads in Japanese culture. Even talking about military strength became a cultural taboo in Japanese society. Japan’s principal opposition party is named “Constitutional Democratic Party of Japan” which itself explains how upholding the pacifist provisions of the Japanese constitutions held extreme importance in post-World War 2 Japan.

Shinzo Abe’s ambitions of driving his nation away from pacifism:

However, exponential economic might and a rise of nationalism in Japan forced the Japanese conservatives to look the other way. First signs of Japan’s willingness to raise its own military started surfacing during the rule of Prime Minister Junichiro Koizumi, who served in the office from 2001 to 2006. Shinzo Abe served as the chief secretary during these years when Japan deployed 600 unarmed Japanese Self Defence Forces to Iraq between 2004 and 2006.

Also read: Shinzo Abe has stormed back into Japanese politics. In Style

Later on, when Abe became the Prime Minister in 2012, the calls for revising the pacifist constitution became even louder in some conservative factions. Japan lost the status of second-largest economy to China in 2010, which further emboldened Japanese leaders to test the limit of the US-penned provisions of Article 9.

The 2014 reinterpretation that set the cat among the pigeons:

A mere two years after assuming the PM office, Abe went on to set in motion the most significant break from Article 9, to date. In 2014, Shinzo Abe reinterpreted Article 9 that rendered the Japanese Self-Defense-Forces more powerful and assertive. Subsequently, Japan deployed JSDF ships to patrol near the disputed Senkakus in defiance of Chinese government protests. Abe even vowed to arm Japan with Ballistic missiles after the burgeoning missile menace from North Korea.

Make no mistake, reinterpretation of Article 9 was hardly a cakewalk for Shinzo Abe. From liberals to students and from opposition to media, a large section of the Japanese society was not really content with the changes that Abe wanted to bring in.

Seven years down the line, and a lot has changed since then. With China’s belligerence reaching unprecedented levels, Tokyo is increasingly finding it necessary to ramp up its defences. China’s expansionist ambitions not only threaten Japan’s sovereignty, but also its very existence. Thanks to China’s burgeoning geopolitical offence, Japan’s pacifist constitution is increasingly turning obsolete and into a liability.

Why Japan needs to do away with Pacifism?

With enormous economic might and gigantic cachet in the democratic world, it won’t be an arduous task for Japanese leadership to turn Japan into a force multiplier for the democratic world. A powerful military is what today’s Japan needs to counter threats of a Chinese invasion. Also, Japan has all the means for materializing such necessities. What stands in the way is the pacifist constitution that Japan looks all set to bid adieu to, anytime soon.

Abe’s ambitions of steering his country away from pacifism now stand a great chance of getting materialized with the rise of the right in Japan. Opposition party ‘Constitutional Democratic Party of Japan’ has witnessed its popularity plummeting in the recently-held elections, clearing the way for the conservatives in the lower house to red ink the pacifist provisions.

The political equations in Japan’s parliament:

The conservative Japan Innovation Party (JIP) bagged 41 seats in these elections, 30 higher than the last elections. JIP is not only the staunchest military supporter in the parliament, but it may also stand with the LDP to revise the country’s constitution.

The LDP, JIP and other conservative parties in the 465-seat lower house of the parliament now hold 345 seats — well up from their combined strength of 324 seats before the elections. That means, now conservatives can easily revise the constitution with an unprecedented majority in the lower house, way above the needed support of two-thirds of lawmakers.

With Shinzo Abe’s return to the fray as the ‘kingmaker’ in Japanese politics, PM Fumio Kishida is expected to echo Abe’s reformist agenda in his policies. Abe is set to lead the largest Hosoda faction of the ruling LDP party, which will ensure Kishida’s stance against China remains toughened throughout his tenure.

The rise of the right in Japan also illustrates Japanese society’s evolving outlook towards the issue. Political parties, including the Constitutional Democratic Party of Japan, are witnessing their electoral fortunes sinking with each passing day. Thanks to the rising China threat, even people in the most peaceful country are now learning the importance of acquiring means to drive China’s inflated expansionist ambitions into the ground.