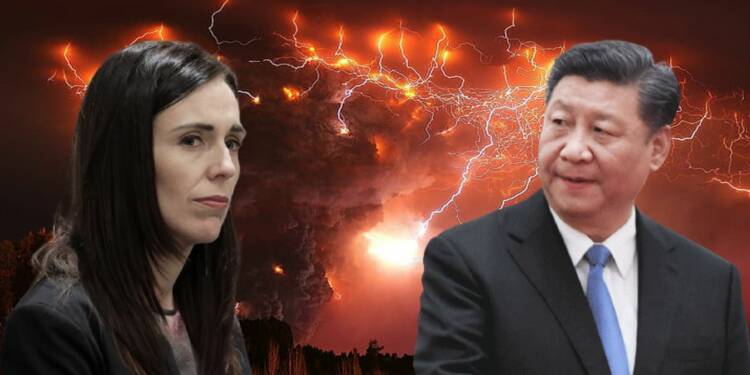 The exclusion of New Zealand from AUKUS has taught Jacinda Ardern a really important lesson – one cannot live without friends in this unstable world where Beijing leaves no opportunity to capitalise. While for the longest time, Wellington has prioritised its relations with Beijing at the expense of its longstanding allies like the USA, Australia and the UK – its fellow 5 Eyes allies. Not only Beijing, but even Wellington and Ottawa felt the heat when the US, UK, and Australia unveiled the AUKUS security deal on September 15. This development was so significant, that it has forced Willington to change its tone entirely.

As Australia continues to oppose Beijing‘s membership until it ends its trade strikes against Australian products, New Zealand has left the door open for both China and Taiwan to join a vital trade treaty. Damien O’Connor, New Zealand’s Trade Minister, said that he would not pass judgement on China’s bid to join the Trans-Pacific Partnership’s Comprehensive and Progressive Agreement for Trans-Pacific Partnership (CPTPP). However, he emphasised that future applicants must “achieve the standards that we have set”, and that those demands will not be relaxed.

The Five Eyes alliance’s weakest link has always been New Zealand. Because of China’s tremendous influence over New Zealand’s trade and economy, the country has never dared to criticise China’s illegal trade practices or human rights abuses in Xinjiang and Hong Kong. New Zealand’s entire exports to China account for 28% of the country’s overall exports. Chinese tourists spend approximately $1.7 billion each year. New Zealand’s foreign education market is worth $5 billion, and Chinese students account for over half of all international students at its universities. The same overdependence is preventing the Jacinda Ardern administration from publicly criticising Chinese belligerence, making New Zealand the least trusted friend in the Five Eyes alliance.

Also read: New Zealand and Canada have been punished for their Sinophilia through the AUKUS initiative

Instead, New Zealand has previously advised Canberra against launching an “offensive campaign” against Beijing, instead opting for diplomacy, to repair ties. The Jacinda Ardern administration’s support for the CCP (Chinese Communist Party) has been demonstrated on numerous occasions. New Zealand has clearly denied labelling Chinese activities in Xinjiang as ‘genocide’, a word often used by western countries to denounce China’s treatment of Uyghur Muslims. Only after the word ‘genocide’ was substituted with a much softer phrase of ‘human rights abuses’ did the country’s ruling party agree to pass an anti-China motion denouncing China’s activities in Xinjiang.

The AUKUS is about more than nuclear propulsion technology – it is also about intelligence sharing. Cyber, artificial, as well as sophisticated military intelligence, will be shared among the trio. However, New Zealand has been excluded from the agreement. This forced the Jacinda administration into some hard introspection, and they realised a possible future where an isolated New Zealand could become a fertile ground for the CCP’s neo-colonial endeavours.

The exclusion left the military officials in Ottawa red-faced. They were shocked because of two reasons; they had no idea about the security pact beforehand, and they were not a part of it. After all, New Zealand and the US are supposed to be allies. They are members of NORAD, the joint air defence of North America; they are NATO members with the British and Americans; and most importantly, they are members in the Five Eyes intelligence network.

Similarly, the AUKUS has stirred a debate in New Zealand about the status of their relationship with the US. Some say New Zealand is not an American ally, but a friend. Though Prime Minister Jacinda Ardern seems unfazed, her tranquillity is not shared by the defence experts over there. The Naval warfare experts say the AUKUS will put them in a more vulnerable position against China.

The latest change of hearts:

Both China and Taiwan’s admission would necessitate the agreement of all parties to the trade treaty. China opposes Taiwan’s involvement in the trade treaty, because it considers the island to be a renegade province, and has increased its military presence near the island. The members of the CPTPP have “always been open to ascension by applicants,” according to Mr O’Connor, but the entry requirements mean that applicants “will have to look at the standards required ultimately become members and be accepted.”

In a written statement to CNA, a spokesperson for the New Zealand Ministry of Foreign Affairs and Trade (MFAT) noted that New Zealand has always supported adding economies willing to meet the CPTPP’s high standards. After Taiwan submits its application, member states must determine whether or not to formally invite Taiwan to join the trade agreement. According to CNA, when Taiwan submitted its CPTPP application on September 22, the Singapore Trade Office in Taipei issued a statement saying that Singapore “welcomes all parties willing and capable of meeting the high standards of CPTPP.”

It should be noted that the country is still trying to balance its allies with China. “There wasn’t a lot of discussion around that issue,” New Zealand Foreign Minister Nanaia Mahuta said, when asked about Canberra’s complaints about China’s economic coercion against Australia. But the fact that it is forced to come out in overt support of Taiwan’s application for the CPTPP membership, shows how with the abandonment of New Zealand in the AUKUS setting, Wellington is made to toe the line of larger allies. Going ahead, it will not be surprising to see a vehement criticism of the CCP’s actions against Australia, as the allies will make sure it does not act like a rebel small brother that is a threat to the larger alliance/family.