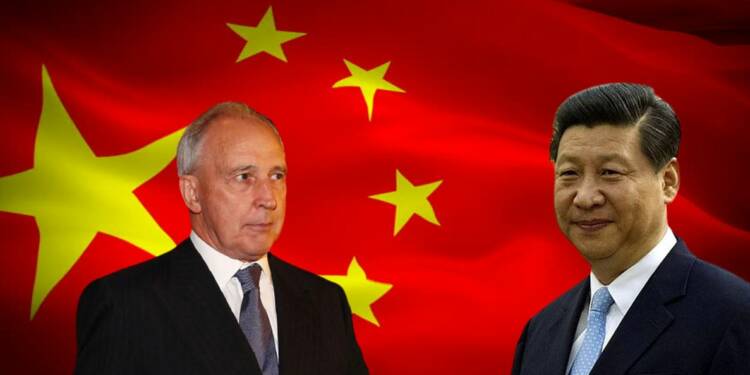 Speaking at the National Press Club in Canberra on Wednesday, Paul Keating appeared to be suggesting that embroiling itself in the conflict between Taiwan and China was not in Australia’s interests.

The former PM also said that the US should remain “the guarantor and the leader of the West”, but play the role of a “balancer and consolidator” in the Asia region.

Paul Keating did not stop here; he went on to lecture the Scott Morrison administration on how strong and invincible China has become over the past two decades. “China is now so big and is going to grow so large it’ll have no precedent in modern economic or social history,” he said.

Also read: After Japan, Australia arms itself to the teeth to save Taiwan from a possible Chinese invasion

Paul Keating also rebuked the Morrison administration for concluding the AUKUS deal with the US and the UK, saying that eight proposed nuclear submarines will be like “throwing a handful of toothpicks at the mountain.”

In his closing remarks, Paul Keating tried to undermine the Chinese threat by saying that what China wants from Australia is just respect for what they have created and achieved. “China does not represent a contiguous threat to Australia,” Paul Keating told the Press Club. “China is not about turning over the existing world order. It only wants to reform it, and it wants to reform it only because of its scale.”

Make no mistake, Paul Keating is a long-time Chinese poodle, who has on many occasions, publicly cried foul over Canberra’s righteous assertion against Chinese belligerence. He also serves as an extremely convenient propaganda tool for the Chinese state media, which regularly quotes his anti-Australia comments to further the CCP’s own malicious agenda.

For instance, Global Times, in an article titled “Political wisdom urgent for Australia to wade out of geopolitical quagmire”, mentioned that “There are also eminent political figures such as the former prime minister Paul Keating, businesspeople, and academics who have been continuously making appeals to the government in Canberra to steer Australia’s relationship with China out of the geopolitical and geo-economic maelstrom.”

Internationalisation of the Taiwan issue:

Internationalization of the Taiwan issue is unnerving China in great proportions. Recently, a European Parliament delegation made a historic visit to Taiwan, sending a loud and clear message to Beijing that “Taiwan is not alone” in its fight against injustice and tyranny.

Apart from the EU, countries like India, Japan and Australia are also stepping up their engagements with Taiwan. Also, Republicans in Congress have proposed legislation seeking to provide $2 billion in military aid to Taiwan every year. Japan and Australia are believed to have started discussing joint ways to deter any Chinese invasion of the Taiwanese territories.

China’s frequent incursions into Taiwan’s air defence zone have alarmed the Australian government, which has warned against “the threat or use of force.” The Australian government recently proclaimed its desire for “an Indo-Pacific region that is secure, wealthy, and based on the rule of law.” In response to questioning from Guardian Australia, a representative for the Department of Foreign Affairs and Trade had said, “Australia is worried about China’s increased air incursions into Taiwan’s air defence zone over the past week.”

Also read: As US leaves Taiwan, Australia comes to its rescue

Morrison administration is in no mood to entertain Chinese propaganda:

Hence, Chinese poodle Keating’s constant yapping against the democratic world at China’s behest is completely understandable. If the Morrison administration’s unrelenting stance against China is any indication, the Australian government rightly seems in no mood to entertain such sickening Chinese propaganda as of now.

The power of Vietnam