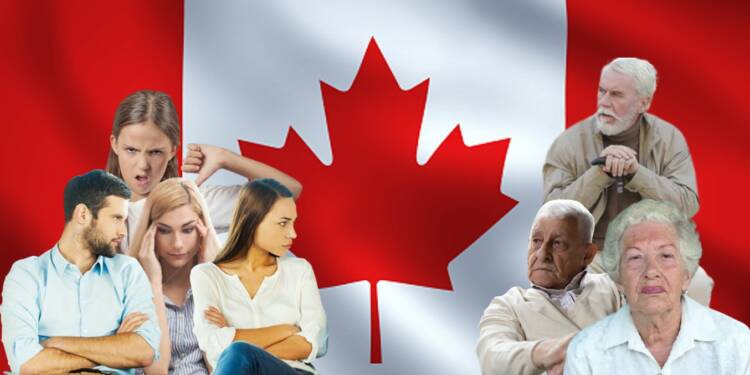 Young Canadians despise their own country. They do not feel connected and attached to it. Soaring home prices and burgeoning income inequality and poverty are a few reasons among others that make Canada’s younger generation feel less than optimistic about the future of Canada.

An Angus Reid Institute survey of young Canadian leaders found that the Canadians are not content with the current structuring of society; instead, they want to restructure it. Interestingly, they see the baby boom generation as one of the root causes of disparity and division in Canadian society.

Who are baby boomers?

Boomers in Canada are defined as those born between 1946 and 1965, meaning the youngest among them are already over 50. Boomers make up 27% of the population and bulk larger in Canadian society. But youths in Canada do not feel proud of the legacy left behind by this generation.

A majority of them aged 40 and under overwhelmingly said they view the boomers’ legacy as negative, revealing wide fault lines between the younger and older generation. The younger generation instead believes that the millennium generation will leave a much optimistic legacy behind them.

“(Baby boomers) came of age at a very optimistic time — a time of economic growth, at a time of a feeling like things were getting better because they had some taste, at least from their parents, if not themselves, of how bad things had been,” Shachi Kurl, president of the Angus Reid Institute, was quoted as saying by Global News.

The younger generation sees itself as “unlucky”:

The data perfectly embodies the societal downfall that Canada has undergone in the last four to five decades, where the younger generation is increasingly looking askance upon how their country is being ruled, governed, and steered. While the response from the older generation shows Canada was a much healthier and happier society 50 years ago than how today is.

So, what did Canada do wrong?

As data suggests, the young generation is not pleased with today’s societal structuring, and that explains how this generation is finding itself plagued by the horrors of multiculturalism. Earlier, Canada used to be a country exclusively for whites only. Today’s young generation is found to be far more diverse than their older counterparts in terms of race and colour. Hence, Canadians are failing to feel proud of their culture, country, and society. And they rightly blame their boomer generation for this catastrophe, for thronging Canada with aliens from South Asia, the Middle East, and other parts of the world.

It was in 1976 when the Canadian government had revised its Immigration Act. This truly opened the gates of Canada for the rest of the world. Immigrants from South Asia, China and the Caribbean thronged the nation. Even by conservative estimates, Canada gets 300,000 immigrants annually. This has paved way for leaders from minority communities, like Sikhs and Muslims, to climb up to the higher echelons of Canadian politics. Meanwhile, representation of the natives, white peoples, is alarmingly declining.

Although not on an immediate basis, but in the future, Canada might face a scenario where an immigrant Muslim bloc becomes so powerful that they control the politics and government of Canada from top to bottom. There is no dearth of Islamists in Canada, and what is to say that immigration from Islamic countries will not ensure the rise of an Islamist leader who goes on to become prime minister, keeping Sharia law over and above the constitution of Canada?

This is indeed horrifying! And that illustrates why young Canadians do not feel optimistic about the future of their country. They are witnessing their opportunities and privileges falling prey to the aliens occupying their country at a mad pace. And for worse, Canadian leaders even lack a plan and blueprint to steer their country away from the mess that they have created by keeping their borders opened and unchecked for the last four decades.