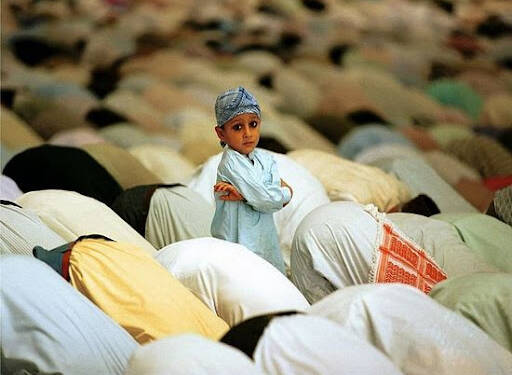 The international opinion on the extremities in Islam is reaching a point of criticism that looks similar to the West’s criticism of the witchhunt in the dark ages in Europe by the Roman Catholic church. And as the understanding of people vis-a-vis extremist Islamists reaches maturity, more and more ex-Muslims are coming out expressing their reservations and revealing the problematic sides. As per a report, Ex-Muslims are in the process of also seeking to improve Islam’s image by trying to make fellow Muslims aware of the unreasonable sides and propelling them to bring tangible change.

In the same report it was mentioned, Wafa Sultan went on Al Jazeera television to excoriate Islam in elevated Arabic, and the video was watched by nearly thirty million people. Ayaan Hirsi Ali authored a moving autobiography of growing up as a woman in Somalia before going on to write high-profile novels critical of Islam. Why I Am Not a Muslim (1995) and Leaving Islam: Apostates Speak Out are two of Ibn Warraq’s influential publications on his previous religion, which he wrote or edited (2003). These developments and the fact that more and more people are giving thought to these views go on to show how Muslims are turning into atheists or at the least non-practicing ones.

The shift is real

In the same report, it was mentioned that behind these individuals are ex-Muslim organisations based in the West that encourage Muslims to abandon their faith, support those who have already done so, and lobby against Islamists with insider knowledge and renegade passion. These events hint at an extraordinary shift: where the new generation of Muslims are looking at things more critically and reasonably.

While it is partially the result of accelerated globalisation which has made the young Muslims realise the deficiency in the way in which many of their religious leaders use the religion for political consolidation; as per the report, it is also impacted by the fact that the extremists in Islam are forcing the youth to turn away. The fact that the religious leaders are not providing any alternative idea to what the extremists are preaching, and just trying to term everything as Islamophobia is also not helping.

As mentioned in the same report, when it comes to Arabs, Westerners consider religion as “an indisputable given, virtually an ethnic imperative inscribed in their DNA,” according to Ahmed Benchemsi. Despite the fact that the Islamist wave crested about a decade ago, distinguished historian Philip Jenkins asserts that “by no rational criterion can Saudi Arabia, for example, be claimed to be going in secular directions.”

According to a 2012 WIN/Gallup poll, “convinced atheists” make up 2% of the population in Lebanon, Pakistan, Turkey, and Uzbekistan, 4% in the West Bank and Gaza, and 5% in Saudi Arabia. Surprisingly, “non-religious” people are more numerous: 8% in Pakistan, 16% in Uzbekistan, 19% in Saudi Arabia, 29% in the West Bank and Gaza, 33% in Lebanon, and 73% in Turkey, according to the same poll. In contrast, according to a GAMAAN poll, just one-third of born Shi’ite Muslims in Iran, or 32.2 percent, identify as such, with the remaining 5% identifying as Sunnis and 3.2 percent as Sufis.

According to a Konda study in Turkey, atheists increased from 1% to 3% between 2008 and 2018, while non-believers increased from 1% to 2%. According to Arab Barometer polls, the number of Arabic-speakers who declare they are “not religious” has increased by 61 percent in five years, from 8% in 2012-14 to 13% in 2018-19. This tendency is much more pronounced among persons aged fifteen to twenty-nine when the percentage increased from 11 to 18 percent. Looking at the countries individually, the highest rises were in Tunisia and Libya, with smaller increases in Morocco, Algeria, Egypt, and Sudan, and essentially no change in Lebanon, the Palestinian Territories.

Looking at the countries individually, the highest increases were seen in Tunisia and Libya, with smaller increases in Morocco, Algeria, Egypt, and Sudan, and little change in Lebanon, the Palestinian territories, Jordan, and Iraq. Yemen is the only country with a lower number of non-religious people. It’s especially startling to see that nearly as many Tunisian teenagers (47%) as Americans (46%) identify as “non-religious.”

These stats give a picture of how the young population in the liberal democracies or the Muslim majority states, given the inability of the religious leaders to criticise the terrorists and extremists, are moving away from religion, be it overtly or secretly.

WTO made China rich without Beijing following the rules

The USA’s Shameful Submission Before Qatar