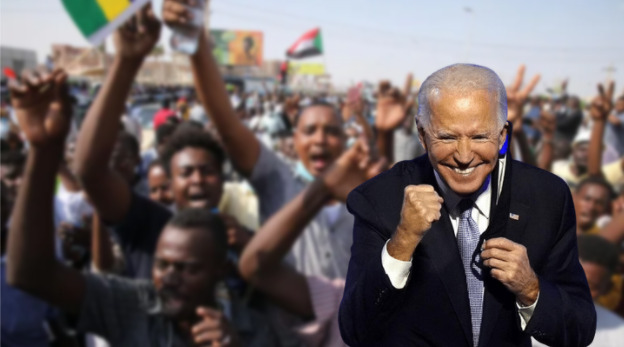 After facing decades of violence, enduring one of Africa’s longest-running civil wars and going through years of delicate negotiations; Sudan was finally bifurcated on July 9, 2011. A new state South Sudan was carved out with overt support from the then-Obama administration. The US acknowledged the sovereignty of the state the very day it proclaimed itself. Barack Obama would say, “Today is a reminder that after the darkness of war, the light of a new dawn is possible.”

The formation of South Sudan had the US’ imprints all over it. The Sudan People’s Liberation Movement (SPLM) and its armed wing, the Sudan People’s Liberation Army (SPLA) had launched an armed secessionist movement against Khartoum back in 1983. Around 1.5 million people are believed to have lost their lives in the ensuing civil war that lasted for around 22 years. The conflict ended in 2005 when the United States played a key role in helping create the Comprehensive Peace Agreement that laid the groundwork for the 2011 referendum on self-determination.

Obama administration remained extremely generous in shoring up the newly created state. Humanitarian aid and even military aid was held out to stabilize the region. However, a mere two years later of the proclaiming of the state, South Sudan descended into a civil war, as a result of a ferocious power struggle erupted between President Salva Kiir Mayardit and former First Vice President Riek Machar.

Moreover, unsolved boundary disputes with Sudan have also added to destabilisation in the region, further weighing down the economic development of the country. Despite the potential oil wealth, South Sudan is one of Africa’s least developed countries. Looking back on the past 10 years, former US officials cannot help but feel “disappointment” at how the situation unfolded.

Read More: Coup in Sudan brings Russia and Israel closer, despite US resentment

The US now orchestrating another chaos in Sudan

But the interventionist Democrats of the US administration are not done yet. Despite orchestrating massive chaos in South Sudan in the last ten years, Democrats have their devilish eyes firmly set on Sudan now. Sudan has gone through yet another sweeping political change. And everyone including Russia and Israel seems to be happy about it. But for the Joe Biden administration, the development is nothing short of a great embarrassment.

Last month, the Sudanese military had detained political leaders in the country and imposed an emergency in the state. Before the coup, the civil leadership was getting closer to the US. On the flip side, the military leadership is believed to have fostered a cosy relationship with Russia. The Sudanese military is even willing to let Russia build a naval base in its territories, an issue on which the political leaders were developing cold feet.

Expectedly, the US didn’t waste time condemning after the military took over the state. The US state department in a statement said, “These actions have the potential to derail the country’s transition to democracy and are a betrayal of Sudan’s peaceful revolution.” Additionally, the US imposed sanctions on Sudan under which Washington froze $700m in aid and demanded a return to a civilian-led transitional government. The African Union also suspended Sudan from the bloc and the World Bank stopped $2bn in development grants to the country.

People and political parties go all out against US sanctions

The US-led sanction campaign against the Sudanese military is receiving a fierce backlash not only from the people but from the political parties too, apart from the military leadership. The apprehensions are well-warranted, given a greater possibility of the country descending into civil war and deeper into chaos. People fear the sanctions would ultimately target the commoners and not the military. Some analysts warn that “such moves by the international community could create instability in the country akin to Iraq, Libya, Yemen and others, and leave Sudan at the mercy of competing regional and international players.”

The US is believed to be backing the Forces for Freedom and Change (FFC), resulting in fuelling the tensions. El-Wathig al-Berair, a leading member in the FFC said, “The FFC will use different kinds of escalation on the ground, and cooperation with the international community, to put pressure on the military to backdown from the coup.”

Read More: After destroying Somalia and Sudan, Democrats-led America has its eyes set on Ethiopia

But even the anti-military elements in Sudan interpret the US intervention as “unacceptable” for their country. Walid Ali, a spokesman for the Sudanese Professionals Association (SPA), which also helped spearhead the protest movement in 2019, was quoted as saying by Middle East Eye: “We actually don’t recognise the military, or the FFC, and have nothing to do with what’s called the international community.”

Make no mistake, the US is losing ground in Africa to Russia and China at a pace never seen before. Hence, from Ethiopia to Sudan, the Biden administration seems to be more than willing to fuel destabilisation in the region to shore up its sinking fortunes. The USA’s role was vital in the bifurcation of the country ten years ago, and it is up to the same misadventure this time too. However, there are hardly any takers of the US’ bait this time around.