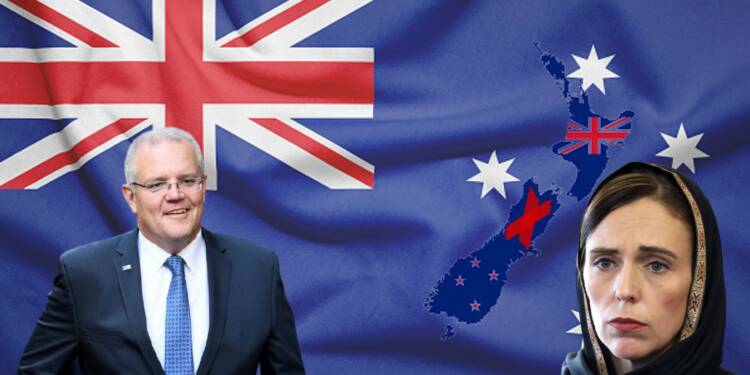 For the longest time, Australia along with other allies of New Zealand was feeling betrayed for Jacinda preferred Islamists and Communist China over the traditional allies compromising security and cohesion among these allies. While the major powers, as well as Australia, have tried to bring back New Zealand to sanity, PM Jacinda Ardern remains adamant. Now Canberra has had enough, and it is starting with measures that may bring back Willington to a reasonable position. During a meeting between the counterparts, New Zealand’s Foreign Minister Nanaia Mahuta highlighted her persistent “discomfort” with Australia’s deportation policy to Foreign Minister Marise Payne.

On Friday, the two leaders gathered in Katoomba, New South Wales, for the biannual Australia-Aotearoa New Zealand Foreign Minister Consultations. The expulsion of New Zealanders based on so-called character-based visa cancellations, which are frequently linked to criminal convictions, has been a source of contention between the allies. Most visa cancellations in Australia are made under section 501 of the Migration Act. These rights allow the government to revoke non-citizens’ visas for a variety of reasons, including character issues, criminal convictions, or membership in an organisation accused of wrongdoing.

Making sense of the statistics of visa cancellation:

As per news reports, from 1 July 2020 to 30 June​ 2021, 402 New Zealanders had visas cancelled under section 501 – out of a total of 946 cancellations. Despite New Zealand’s worries, Senator Payne indicated on Friday that the Australian government’s position will not alter.

“We’ve had some very candid exchanges today, and I’ve paid close attention to them,” she told reporters. “Our policy, which applies to people of any country, has not changed in terms of the approach we take to non-citizens who commit crimes in our country.” While there may be many interpretations and hypotheses regarding the possible motivator behind these steps, but one cannot deny the possibility of the Morrison government trying to teach New Zealand a lesson for prioritising Jihadists, Islamists, and Communist China.

2014 was the year when the rise of the Islamic State in Iraq and Syria aroused exuberating chauvinism in the extremist populace residing unobtrusively throughout the world. Australian citizen Suhayra Aden was one of them. Suhayra Aden Born in New Zealand, moved to Australia at the age of six and called Australia her home until she left for Syria in 2014 along with her two young children. ISIS fell apart and so did Suhayra Aden’s dream of emanating terror throughout the world. She and her children have been in immigration detention in Turkey after they were caught earlier this year trying to enter the country from Syria.

As one would conclude, Suhayra Aden is having a fair share of her Karma while she pitifully craves all the luxuries that she and her children once enjoyed back in Australia. Australian Prime Minister Scott Morrison last year, justifiably, stripped Aden of her Australian citizenship and declared that “terrorists who fought with terrorism organisations forfeited their right to citizenship.”

Earlier this year, in an effort to reduce trans-Tasman tensions, the Minister of Trade of New Zealand phoned his Australian counterpart when he suggested Canberra to “show respect” and behave more diplomatically towards China.

Damien O’Connor, the NZ minister, had angered some Australian government members with remarks he made in a January television interview when asked about his country’s offer to mediate between Canberra and Beijing. After signing an upgraded free trade agreement with China, O’Connor said NZ had a “mature” relationship with Beijing and had “always been able to raise issues of concern”.

The relations between New Zealand and Australia have further deteriorated since, as the Jacinda administration has prioritised its relations and cooperation with China, instead of considering Canberra’s reservations. A push by the federal government to give the government the ability to revoke and refuse visas based on the character was defeated in the Senate last month.

In a statement to a parliamentary inquiry, the New Zealand government expressed worry that the new regulations would “worsen an already terrible situation.” The act, according to the federal government, aims to expel or prohibit entrance to foreign nationals guilty of major crimes. Jacinda administration can criticise the Australian federal government all it wants, but the reality is that all these steps are a reaction to New Zealand’s constant ignorance of the larger security structure of the region.