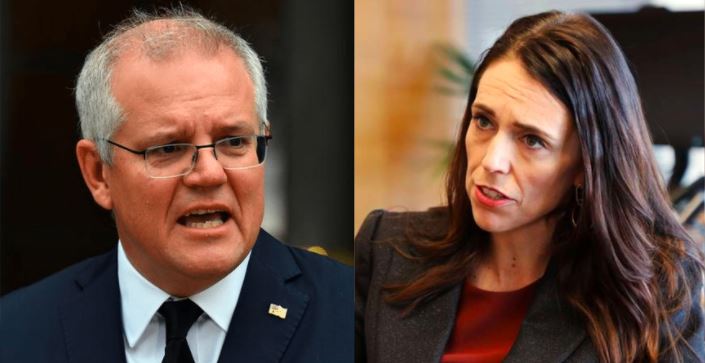 2014 was the year when the rise of the Islamic State in Iraq and Syria aroused exuberating chauvinism in the extremist populace residing unobtrusively throughout the world. Australian citizen Suhayra Aden was one of them. Suhayra Aden Born in New Zealand, she moved to Australia at the age of six and called Australia her home until she left for Syria in 2014 along with her two young children. ISIS fell apart and so did Suhayra Aden’s dream of emanating terror throughout the world. She and her children have been in immigration detention in Turkey after they were caught earlier this year trying to enter the country from Syria.

As one would conclude, Suhayra Aden is having a fair share of her Karma while she pitifully craves all the luxuries that she and her children once enjoyed back in Australia. Australian Prime Minister Scott Morrison last year, justifiably, stripped Aden of her Australian citizenship and declared that “terrorists who fought with terrorism organisations forfeited their right to citizenship.”

However, for New Zealand Prime Minister Jacinda Ardern, Suhayra Aden still deserves the right to exercise her democratic freedom. After Australia stripped Suhayra Aden of her citizenship last year, Jacinda launched a scathing attack on Canberra for “abdicating its responsibility” while adding that “great care” was being taken to minimise any risk to New Zealanders. Now, the Ardern administration has officially announced that it would accept the return of the terrorist and her family to New Zealand.

Read More: Pro-China and Pro-Islamic Radicalism – How Jacinda is all set to drive New Zealand straight to hell

By accepting Suhayra Aden return, Jacinda will not only expose innocent New Zealanders to the extremist Islamist element but also risks jeopardizing New Zealand’s strong diplomatic ties with Australia. This is sheer appeasement at play that is all set to further fan the Islamist ideology in the nation’s Muslim minority.

However, this is in line with Jacinda’s earlier pro-Islamist policies that pander to the Muslim extremists in the country. The pseudo-liberal leader of New Zealand had earlier catered to the Islamist-fundamentalists by including Hijab in the police uniform so that “no one has to compromise their religion and values.” Historically multicultural states like India know how these kinds of measures usually backfire; however, countries like New Zealand who have recently experienced multiculturalism remain too utopian in their beliefs to understand what could be better for their country.

A few days back, in a brazen display of its soft handedness towards the extremist populace, New Zealand authorities effectively blocked the broadcast of a moment of silence in the Tokyo Olympics Opening Ceremony that was held for the Israeli athletes killed at the 1972 Munich games. This was the first time that those victims were formally honoured at a global event.

When the world showed solidarity and remorse with the people of Israel Ardern chose to look the other way. The New Zealand PM did not find the deaths convincing enough to give up on appeasing the terrorist and jihadist sympathisers which goes to show her priorities and her morals.

It is often the case that too much peace and stability makes societies oblivious about how privileged they are to be a part of it. By becoming a victim of their own privilege, they elect leaders like Jacinda Ardern, who lead their countries straight into a bottomless abyss.

The decision to accept a returning terrorist like Suhayra Aden back to New Zealand tells a sorry tale of a democratic country turning into Islamist safe heaven, where the Ardern administration is more concerned appeasing the extremist Muslims and garnering their support rather than standing up alongside the world in its fight against the menace of terrorism and extremism.