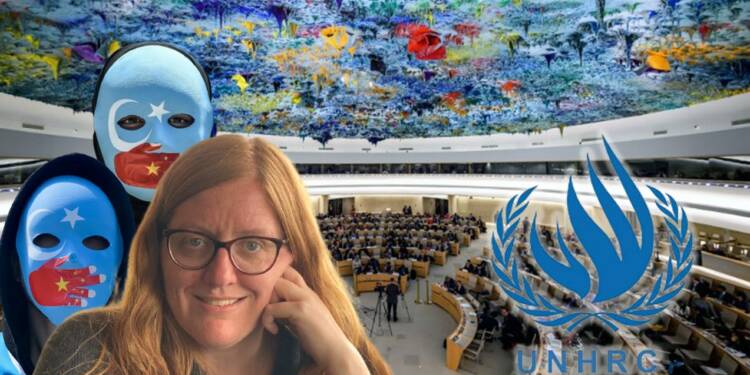 The ISIS-ETIM nexus is proving out to be a nightmare for the Taliban-China alliance in Afghanistan. For China, stability in Afghanistan is important for sustaining its mining and costly infrastructural projects. But despite pressing the Taliban to eradicate the ETIM menace, the threats for China have only gotten loftier. Media reports suggest that ISIS has also joined hands with ETIM intending to carve out a Sharia-ruled territory out of China’s Xinjiang province. In the face of the burgeoning ETIM threat, China is now highly likely to deploy United Nations to tackle the Uyghur Islamists group.

Read More: China rushed to Taliban to rein in ETIM. Now ETIM is all set to free Xinjiang with the help of Islamic State

A recently published Le Monde report has now highlighted how China wields the UN to track Uyghur dissidents leading the campaign against China overseas. The report quotes UN human rights officer-turned whistleblower Emma Reilly detailing how the UN iniquitously assists China in wiping out the Uyghur dissidents to shore up its plummeting cachet in the democratic world.

Reilly claims that prior to every UN Human Rights Council (UNHRC) session in recent years, China has made it a practice to request the names of Uyghur and other Chinese dissidents who were scheduled to speak. Astonishingly, the UN never shied away from providing China with the details it had asked for, despite it being utterly illicit under the UN’s own rules.

How UN assists China in wiping out the Uyghur Muslims overseas?

As Reilly says, she first discovered the practice in 2013. Some anti-government Chinese dissidents were set to speak at the Human Rights Council, and the Chinese Geneva delegation had requested the confirmation of the same. Reilly, as she was supposed to do, suggested that the request be rejected; however, her seniors at the UN shocked her by simply acquiescing to the unjust Chinese demands.

Reilly’s superior, Eric Tistounet, head of the Human Rights Council Branch of the Office of the High Commissioner for Human Rights (OHCHR), advised staffers that the names be shared with China because the meeting was public, and delaying sharing the names would merely “exacerbate the Chinese mistrust against us.”

In 2017 and 2019, the UN had itself acknowledged its folly on this delicate issue. In 2017, the OHCHR admitted it confirmed the attendees’ names with the Chinese authorities who used to speak against the Chinese government. Similarly, a UN tribunal in 2019 had confirmed that “the practice of providing names of human rights defenders to the Chinese delegation” was commonplace in the UN.

Even UN Secretary-General António Guterres is aware of the practice. In 2018, his office had directed High Commissioner for Human Rights, Zeid Ra’ad Al Hussein, to look into the matter and resolve it at the earliest. However, sooner than later she found herself faring in the hot waters. She got ostracized and publicly humiliated, before her termination as soon as the Le Monde report was out.

Why does China demand the details of the dissidents?

It is abundantly clear that the UN is more interested in keeping China in good humour rather than upholding its values and keeping China from committing genocide against Uyghur Muslims. Make no mistake, the CCP uses this information to trace the families of Uyghur dissidents living in China and torture their relatives to discourage their anti-China activism.

In a 2019 witness statement regarding the OHCHR sharing his name with China, an Uyghur dissident, Dolkun Isa, disclosed that he didn’t know where his 90-year-old father was, or if he was even alive. His mother had died in a Chinese detention centre in 2018, aged 78.

With ETIM spiralling out of control and morphing into an existential threat for China’s territorial integrity, China is highly likely to wield its exponential influence over the UN to battle the ETIM in its backyard. The UN has listed ETIM as a terrorist organisation under pressure from China; however, the US removed the group from its blacklist under the auspices of former US President Donald Trump.

It would be naive to believe that the US under Joe Biden could weaponize ETIM against Chinese hegemonic behaviour in the Indo-Pacific. But if China’s anxiety is any indication, China is still feared at the prospects of ETIM joining hands with ISIS to fuel secessionism in the Chinese territories. The world should act immediately to stymie the UN’s efforts to cover up the ongoing genocide against Uyghur Muslims at China’s behest. The UN has to change, or China will change the world only to make it worse than how we see it today.