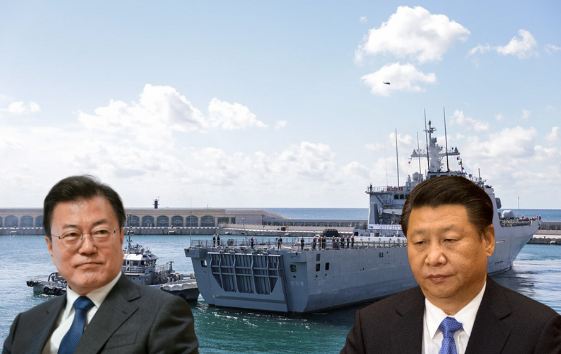 The value of the worldwide maritime products transportation business is in the trillions of dollars, and it is steadily expanding. Despite the fact that the shipping business has seen its fair share of ups and downs due to economic crises and the industry’s financially fragile character, worldwide demand appears to be growing at a steady pace.

A country with a thriving shipbuilding sector can dominate international trade as well as become a major player in the international naval industrial complex. South Korea has realised these prospects and the shipbuilding giant has finally woken up from its long slumber. The capacity of South Korea in shipbuilding is so immense that even subtle yet targetted policy shifts are bound to send ripples in its shipbuilding rival Beijing’s decision making echelons.

While one cannot deny the way in which China has raised in the ranks of Ship manufacturers, it was partially due to the investments and production units set up by South Korean shipbuilding giants.

The Korean Shipbuilding industry: An overview

The East Asian tigers have long dominated the modern shipbuilding industry, with South Korea and China competing against one another on a regular basis. During the 1970s, South Korea began its foray into the industry, eventually surpassing its neighbouring Japan to become the world’s leading shipbuilder.

China’s unparalleled expansion of naval power is backed by the world’s greatest shipbuilding sector. After designating shipbuilding as a “strategic industry,” China provided substantial support in the form of tax breaks, loans, and subsidies. According to the 2019 UNCTAD Review of Maritime Transport, China builds 40% of the world’s merchant shipping, with Japan and South Korea each accounting for 25%. China’s emphasis on ‘civil-military integration’ has assured that the PLA Navy’s warship and submarine-building programmes benefit directly from the civil shipyards’ advanced facilities and competent staff.

Nonetheless, South Korea maintained a substantial presence in the shipbuilding industry, and its major businesses are too big for China to overthrow easily. Given the supply chain crisis and the drying up of investments and exodus of industries from China, the possibility of South Korea’s attempted reclamation of the top spot in the shipbuilding sector can surely become a reality.

South Korea is intent on beating China in the shipbuilding industry

South Korea has set lofty aspirations for its shipbuilding industry, which it wants to dominate within the next ten years. A new strategy released by the country this September is sure to irritate China, the world’s largest shipbuilding nation. The Ministry of Trade, Industry, and Energy of South Korea has set a target for shipbuilders to capture up to 75% of the market share for environmentally friendly boats with low or no carbon emissions by 2030, up from 66 per cent currently. It also aims for a 50% market share for autonomous ships in the same time frame, a market that has yet to be developed.

In a speech, President Moon Jae-in declared, “We will strengthen the power of our shipbuilding industry and make it the overwhelming number one in the world that no one can match.” “Our shipbuilding industry has regained its standing as the greatest in the world this year, with the biggest order volume in 13 years. Now is the moment to strengthen the shipbuilding sector.” The comments come as the sector is experiencing a significant resurgence this year, with an increase in new building orders, and the South Korean shipyards benefiting the most.

For the first eight months of 2021, they together won orders for 329 ships or 13.7 million in Compensated Gross Tonnage terms, nearly sixfold the tonnage contracted during the year-ago period, according to Clarksons data. The technological expertise and experience in building gas carriers have enabled the South Korean builders to grab commanding heights when it comes to clinching deals for dual-fuel ships. Between January to June of this year, they struck deals to construct 4.8m CGT of fresh tonnage that can run on alternative fuels, accounting for 70.1% of the world total.

The state-supported rise of Chinese shipbuilding prowess has made the South Korean government do some much-needed introspection, which has resulted in Seoul trying to improve the shipping industry by addressing the issues the South Korean companies face. South Korea’s shipbuilding industry has been its major economic sector, however, due to the cyclical nature of the sector and its strong ties to oil prices, shipbuilders had to face some challenges. In addition to the difficulties, the rise of China as a major player in this sector has made South Korea wake up from its slumber. Now with the conservatives poised to replace the Moon government, Seoul stands ready to restructure its shipping industry and put an end to the rise of the Chinese shipping industry.