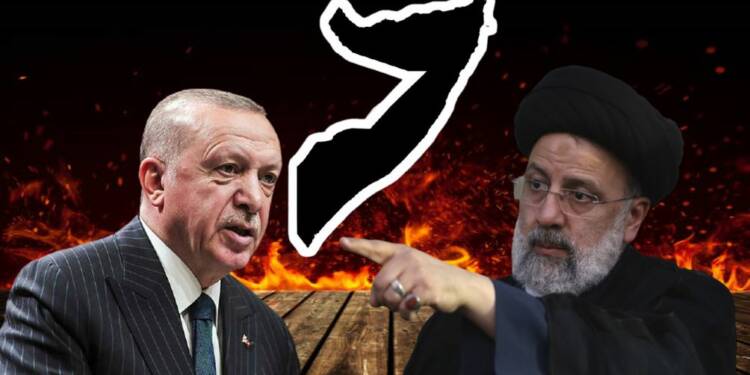 The Horn of Africa region is overwhelmed with geopolitical conflicts, and the latest one is believed to have broken out in Somalia, between Iran and Turkey.

Somalia, a country in close proximity to the Bab-el-Mandeb strait and a vital trade route between Asia and Europe, is located at the strategically important location where each country wants to have its footprints. Iran and Turkey are no different, who are now banking on opposing sides in the volatile Somali politics to further their own interests in the country.

The government of Somalia is fighting on two fronts simultaneously. Previously, it used to share friendly ties with Ahlu Sunnah Waljama’a (ASWJ) group. ASWJ is a group of moderate Sufi Muslims that has played a key role in the fight against al Qaeda-linked al Shabaab insurgency.

Also read: Africa turned into the Islamic Jihad headquarters without the world even noticing it

Even clashes broke out in October 2021, prompting the Somali government to deploy the Somali army (SAF) against the ASWJ group. The clashes erupted on October 23 in the Guriel District. On October 25, the local government said that 16 soldiers had been killed.

The ASWJ said the total death toll from the clashes was at least 120. The clashes resulted in the displacement of over 100,000 Somalis, and ended with local business communities brokering a mediation process between the government and ASWJ. Resultantly, ASWJ relinquished control over Guriel, allowing the Somali army to take full control over the town.

The fallout between ASWJ and the Somali government stymied their joint efforts to curb the al Shabaab insurgency, and now the terrorist group has become stronger than ever, with possible backing from the Iranian regime.

A report by Reuters has recently reported how Iran could be sending gun supplies across the Gulf of Aden to Somalia via its allies currently fighting in Yemen. The Global Initiative against Transnational Organized Crime, a Geneva-based think tank, revealed: “the guns end up with commercial smuggling networks whose customers can include armed factions seeking advantage ahead of Somalia’s repeatedly delayed presidential elections.”

The said armed factions are highly likely to include anti-government al Shabaab terrorists. Hence, Iran is allegedly throwing its weight behind al Qaeda linked al Shabaab, in order to set a foothold in the Horn of Africa region.

Also read: After destroying Somalia and Sudan, Democrats-led America has its eyes set on Ethiopia

But, Iran is not the only ambitious foreign power that seeks to tighten its grip over the strategically located country. Turkey is also trying its luck in the country, by fully backing the troubled Somali government. As recently as this week, Turkey has granted the Somali National Army (SNA) military vehicles, including trucks and ambulances.

Turkey throws its weight behind the Somali government:

Make no mistake, Turkey has for years tendered training support to the Somali Armed Forces. Somali National Army chief, Odowaa Yusuf Rageh, recently said, “Turkish support is of great importance in the struggle against the Al-Shabaab terror group.” In August, Ankara had sent 22 armoured vehicles to the SNA to help maintain security across the country.

All in all, Turkey and Iran are backing opposing sides in Somalia, which threatens their cooperation against the Arab world and Israel. The bilateral ties between the two powers have already remained fraught after last year’s war between Armenia and Azerbaijan, where Turkey appeared to be fanning anti-Iranian sentiments among Iranian Azeris living in the northern part of the country.

And now, Somalia is their new battleground. Iran and Turkey, both are rogue actors of the Middle Eastern region who see peace as a threat to their own interests in the region. Hence, the growing infighting between this unholy alliance is certainly good news for the world.