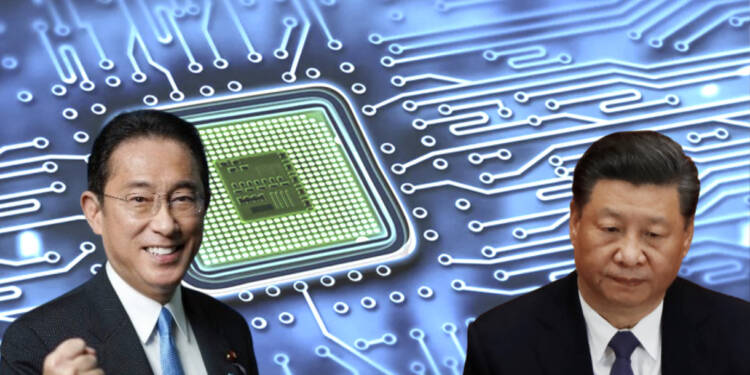 Semiconductors – the small chips which have become crucial for human civilisation. What are they, and why are countries around the world desperately trying to build the capability of manufacturing them domestically? Well, let’s just say these microchips can be the end of the Communist Party of China. And so, the free world cannot be desperate and enthusiastic enough for trying to set up semiconductor manufacturing facilities within their territories in order to choke the paper dragon of its supplies. Usually made of silicon, Semiconductors are a strategic technological asset in today’s globalised world.

From car batteries to laptops to smartphones to household appliances to gaming consoles and everything in between, semiconductors perform the fulcrum of the job in powering smart electronic devices. The global semiconductor industry is valued at around 481 billion dollars as of 2018 and is dominated by companies from South Korea, Taiwan, and the United States. Now, Japan is making a massive push to become the next global semiconductor superpower, and China is shivering in its boots.

What is Japan Up To?

Japan is playing the come-come cat now. Also called the Maneki-Neko, this cat is a common Japanese figurine that is often believed to bring good luck to the owner. Japan is making an all-out effort to attract semiconductor manufacturers from around the world to set base in the country. According to Bloomberg, Japan is looking to stump up around half the setup costs of semiconductor factories built in the country and attract U.S. manufacturers as it looks to shore up its chip supplies.

On Friday, Japan’s Prime Minister made a bold move by announcing a massive 56 trillion yen ($490 billion) fiscal stimulus package, a part of which will be used to lure microchip manufacturers to the country. On an immediate basis, Japan is all set to subsidise a new $7 billion chip factory in western Japan planned by Taiwan Semiconductor Manufacturing Co. and Sony Group Corp. The government’s immediate subsidy to TSMC is expected to be up to ¥400 billion

On Friday, Prime Minister Fumio Kishida said, “TSMC has been a big topic recently for our national economic security. But it doesn’t end there. It’s important we attract U.S. chipmakers and take other action to increase possibilities for the private sector.”

Read more: Japan joins hands with Taiwan to develop its own semiconductor industry

Japan is willing to pay half the costs or more to be incurred by semiconductor manufacturers deciding to shift base to Tokyo. Currently, no legal framework exists for subsidizing the construction of new factories for semiconductors. Therefore, to allow subsidies into the microchip sector, Prime Minister Kishida’s government intends to submit a bill to the extraordinary Diet session before the end of this year to revise related laws concerning support for companies developing technologies for the 5G high-speed, high-capacity communication standard.

How China Will Suffer

So, China faces a chip crisis of its own. It relies heavily on imports to keep its electronics and automobile industry afloat. Such has been the thirst for semiconductors that China has engaged in industrial espionage and talent-poaching to offset the semiconductor shortfall. With semiconductor supply chains getting based out of Japan, Beijing’s crisis is only set to worsen now.

How Quad and India Are Adding Fuel to Fire

Giving a jolt to One China policy, the Narendra Modi government of India is in advanced talks with Taiwan over bringing a chip plant worth an estimated $7.5 billion to India to supply everything from 5G devices to electric cars.

In September, at the first-ever in-person Quad summit, Japan, Australia, and the USA, along with India had decided to end China’s global domination dreams with a single move – restructuring the semiconductor supply chains. Nikkei reported that a draft joint statement suggested that the four nations are likely to confirm that “resilient, diverse and secure technology supply chains for hardware, software, and services” are crucial for their shared interests.

Singapore emerges as the biggest winner amid China’s crypto ban