Japan joins hands with Taiwan to develop its own semiconductor industry 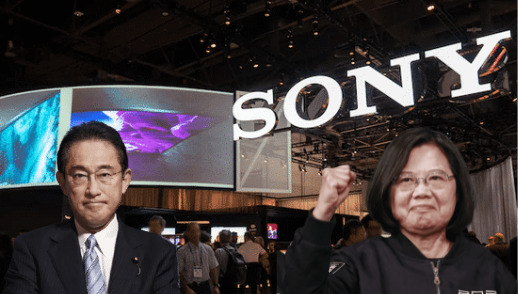 Japan and Taiwan – two sovereign, independent, democratic and free countries are coincidentally partners in facing the same enemy – China. So, it would only make sense for both Taiwan and Japan to team up and counter growing Chinese belligerence in the region. It is almost like Japan and Taiwan have established a symbiotic relationship among themselves. As reported in June this year by TFI global, Japan had signed a US$338 million semiconductor research project to develop cutting-edge chip technology in the country with the market-leading Taiwan Semiconductor Manufacturing Company (TSMC). Now, the semiconductor partnership between Japan and Taiwan is being taken to the next level, and China is trembling in its boots.

According to a report by Nikkei Asia, Taiwan Semiconductor Manufacturing Co., which is the world’s largest contract chipmaker, and Sony Group of Japan are considering joint construction of a semiconductor factory in western Japan amid a global chip shortage. The total investment in the project is estimated at 800 billion yen ($7 billion), with the Japanese government expected to provide up to half the amount.

The Nikkei report also added that the Japanese government, which is increasingly concerned about maintaining supply chain stability amid the chip shortage and rising tensions surrounding the Taiwan Strait, will support the project with subsidies. In return, Tokyo will seek a commitment that chip supplies to the Japanese market will take priority. The plant in Kumamoto, southern Japan, is expected to produce semiconductors for automobiles, camera image sensors and other products which have been hit by a global chip shortage, and is likely to start operations by 2024

Japan’s semiconductor industry has been taking a hit in recent times due to the Covid-19 pandemic, and Tokyo hopes to benefit tremendously by partnering with Taiwan in the chip manufacturing business.

Why are semiconductors crucial?

Usually made of silicon, Semiconductors are a strategic technological asset in today’s globalised world. From car batteries to laptops to smartphones to household appliances to gaming consoles and everything in between, semiconductors perform the fulcrum of the job in powering smart electronic devices. The global semiconductor industry is valued at around 481 billion dollars as of 2018 and is dominated by companies from South Korea, Taiwan and Japan, all of which happen to be India’s friends.

Read more: Taiwan and Japan have entered into a beautiful symbiotic relationship and China is seething with rage

China is a country that is suffering the most due to a global chip shortage. In the last few months, China has pushed for indigenous manufacturing of semiconductors, without much avail, because the Trump administration crippled its electronics industry with a ban on the export of American-designed models to China. The Communist nation depended almost entirely on semiconductor imports, and with them being stopped, it is facing an acute crisis. Such has been the thirst for semiconductors that China has engaged in industrial espionage and talent-poaching to offset the semiconductor shortfall.

Giving a jolt to One China policy, the Narendra Modi government of India is in advanced talks with Taiwan over bringing a chip plant worth an estimated $7.5 billion to India to supply everything from 5G devices to electric cars. India is also affected by the dearth of semiconductor supplies as the manufacturing process of other technological products stutters because of the delay in procuring semiconductors.

What is being seen is a concerted campaign by Taiwan and Japan to dominate the global semiconductor industry more than they already do, to completely deprive China of the crucial chips on which the country’s economic growth is contingent.

Recently, at the first-ever in-person Quadrilateral Security Dialogue, or what is more commonly known as the Quad, the ally countries, Japan, Australia and the USA, along with India had decided to end China’s global domination dreams with a single move – restructuring the semiconductor supply chains. Nikkei reported that a draft joint statement suggested that the four nations are likely to confirm that “resilient, diverse and secure technology supply chains for hardware, software, and services” are crucial for their shared interests.

So, China’s woes are only set to worsen here on. There is no way Japan and Taiwan will take any steps to resolve China’s chip crisis. Furthermore, with Quad countries coming to hegemonise the semiconductor supply chains, China’s economy will begin unwinding at an unprecedented pace.

Iran is preparing for a war on its border with Azerbaijan. Not against Israel but Turkey