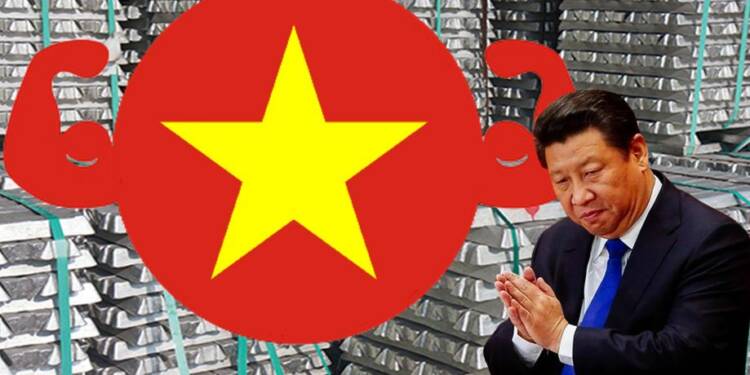 The world is up in arms for aluminum. From shipbuilding to manufacturing industry appliances, and from aircraft components to consumer electronics; aluminum is vital for almost all industries, for fueling growth in the manufacturing sector.

But due to the pandemic, energy crisis, the trade war with Australia, economic crisis, and heightened war-like tensions with Taiwan, the biggest consumer of the metal, that is China, has throttled the supplies.

As a result, the metal’s value has charged to a 10 year high in London, and is fast moving towards an all-time high above $3,300 a ton.

This has come at a time when the world is recovering from the pandemic, factories have just started humming again and consumers are engaging in revenge buying, which means venting out frustration against lockdowns by purchasing more and more.

Also read: With a stronger Vietnam and a changed Philippines, China will need to vacate occupied parts of Spratly Islands

So, demand is skyrocketing and supplies are crashing. And that means a blistering rallying in prices. Soaring prices means lesser profit for the companies and lesser profit means lesser economic activities. Coming close on the heels would be unemployment, inflation, stagnation and an economic crisis.

While the world remains on a wild quest to secure enough supplies for their aluminum-hungry industries, Vietnam has an easy solution to this burgeoning aluminum crisis. Vietnam can nullify this China-orchestrated drought in the markets, in just one move.

Consider this – Vietnam is sitting on a whopping 1.8 million tons of aluminum stockpile for the last two years, and if this stockpile is drip-fed back into the markets, it will not only dampen the roof-breaking stock prices, but will also inundate factories with extra aluminum as well.

The humongous stockpile of raw metal, shrouded in black tarpaulin, sits at an unidentified site located around 50 kilometers away from the capital city of Hanoi. The amount is equivalent to the entire annual consumption of India.

According to current prices, the value of the much sought-after giant mounds must not be less than $5 billion. As market experts put it, this is the only aluminum stockpile left in the world, and of a size the world has never seen before.

Also read: Russia could arm Vietnam with Nuclear Submarines and that will be catastrophic for China

‘Where did this staggering amount of metal come from?’- Well, that is another interesting story. The metal was actually impounded by Vietnamese custom authorities back in 2019. The Vietnamese authorities said that it was accumulated from China by Global Vietnam Aluminium Ltd., known as GVA. The probe into GVA is still underway.

But what is stopping Vietnam from releasing this stockpile into the markets? Vietnam is itself one of the largest consumers of aluminum. And with China, the producer of the world’s 60% aluminum, weighing down its Aluminum exporters, Vietnam can bring in immediate relief to its starving industries.

But who stands in the way, are the Vietnamese custom authorities complicit with China. As mentioned previously, the probe into GVA is not concluded yet, which means that the Vietnamese government lacks legal rights to release the stashed metal into the markets.

Vietnam can learn a lot from other metal reserve holders of the world. For instance, a massive stash of the metal in New Orleans owned by Castleton Commodities was recently drawn down by the company. A sizable stockpile in Malaysia’s Port Klang also vanished in 2019.

So, it is high time that Vietnam considers the release of these reserves, by hurriedly eradicating all legal hurdles. It will help the world buy time in diversifying their aluminum import markets, and set in motion a complete decoupling from the rogue communist nation of China. It is a weapon that Vietnam must fire now!