With a stronger Vietnam and a changed Philippines, China will need to vacate occupied parts of Spratly Islands 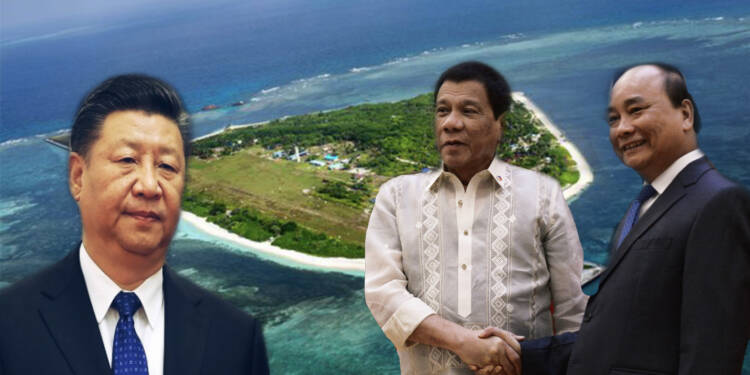 China may be a compulsive bully, but the Southeast Asian nations are no longer ready to tolerate its compulsive bullying in the South China Sea region. In fact, with an emboldened Vietnam and a changing Philippines, China might as well have to vacate the illegally occupied parts of the Spratly Islands.

What is the Spratly Islands dispute

The Spratly Islands are an archipelago located in the South China Sea. It lies off the coast of the Philippines, Southern Vietnam and Malaysia. The Islands are  believed to offer rich fishing grounds and significant oil and natural gas reserves. Moreover, they are located in strategic shipping lanes, which makes them strategically significant.

Presently, military forces from Malaysia, Taiwan, Vietnam, the Philippines and the People’s Republic of China control different parts of the Spratly Islands. However, China’s behaviour is particularly hawkish given that its occupation of some natural Islands in the archipelago has no basis in International law. China claims sovereignty over the Spratly Islands on the basis of make-believe “historical maritime rights” in line with its nine-dash line theory to control the entire South China Sea.

Changing mood in the Philippines

Since 1988, China has been in de facto control of parts of the Spratly Islands. The Philippines, Malaysia and Vietnam did oppose China’s illegal occupation of some of the Spratly Islands. However, the ASEAN countries were never bold enough in their approach to throw China out. Yet, things have been changing over the past one year or so. Take the Philippines for example.

Even presently, the Philippines’ defence establishment, comprising of the military and top security officials finds itself at odds with their country’s pro-China president. Even the Filipino military leadership is waiting for a new, anti-China President to take charge of affairs after which it will push the envelope against China.

In March this year, the Philippines also signed a pact with India to import the BrahMos cruise missile- the fastest supersonic cruise missile in the world.

While the mood in the Philippines is turning anti-China, Hanoi was always hostile towards Beijing. In 1979, Vietnam had even beaten back a Chinese attempt to invade it.

In recent years, Vietnam has managed to emerge as a much bigger threat than what China would have fancied. Hanoi has achieved unprecedented success in securing multinational companies that are moving out of China. Between April 2018 and August 2019, 56 companies relocated their production out of China owing to the trade war between Beijing and Washington. Vietnam managed to attract 26 of these companies.

In terms of military firepower also, Vietnam is countering Chinese aggression. Hanoi is reportedly building up its own maritime militia in the South China Sea region. The European Union estimates that the Vietnamese militia comprises 8,000 fishing boats and 46,000 fishermen. But the Chinese military magazine pegs the number of fishermen at over 70,000.

Vietnam is building up a strong maritime militia in order to counter China’s fishermen militia that harasses interests of other countries in the South China Sea.

Meanwhile, Hanoi has also secured the defence cooperation of both Moscow and Tokyo. Japan recently signed a military cooperation agreement with Vietnam that allows Tokyo to transfer its defence technology to the Southeast Asian nation.

Meanwhile, Russia is also looking to arm Vietnam with nuclear-powered submarinesthat could prove disastrous for China. Vietnam is clearly making preparation to drive a belligerent China far away from the Spratly Islands which could put even more pressure on Beijing.