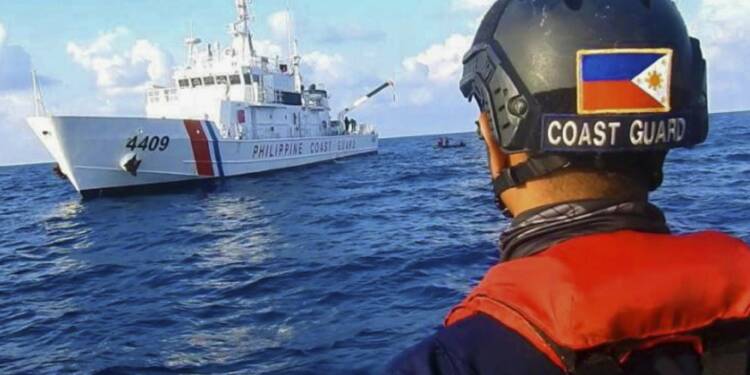 China is continuously eyeing the Philippines’ assets in the West Philippine Sea. The inept and flip-flopping leadership of President Rodrigo Duterte is only exacerbating Manila’s woes. However, Rodrigo Duterte is soon set to be shown the door out of office. According to the Philippine constitution, a President can only serve one term spanning six years in office, after which he or she would be constitutionally required to step down. So, Duterte is nearing the completion of his constitutional term, and the baton will soon be passed to someone else, who hopefully, does not begin and end their day strategizing about wooing China in new and previously unheard-of ways.

The Philippines’ defence modernisation programme is stuck. Only a change in the political leadership can now help Manila’s cause. Taking on China is not a choice for the Philippines. It has become a necessity. And the Southeast Asian country’s defence establishment knows this fact better than anybody else, so they have been pushing forward an anti-China line, and a more US-centric vision of the Indo-Pacific. The effect of the same, a few years down the line, will be that the Philippines could very well get out of its lethargic limbo and transform into a power to be reckoned with in the region, which currently, is simply not the case.

Retired Philippine Rear Admiral Rommel Jude Ong said Taiwan is at the core of the first island chain, making its participation in joint military exercises with Japan and the Philippines not an option but a necessity. According to a Liberty Times report, Ong said the security of Taiwan, Japan, and the Philippines is inextricably linked and that it will be impossible to resist China’s continued expansion into the waters that lie between them unless the three join hands and work together.

The member of the Philippines’ defence establishment suggested that military exercises between these nations should become a regular affair. The admiral also pushed for Taiwan, Japan, and the Philippines to establish mechanisms for joint maritime military cooperation that could facilitate an integrated strategy.

Why this is significant?

As explained by TFIglobal in May 2021, the Philippines’ defence establishment, comprising of the military and top security officials finds itself at odds with their country’s president. Yet, they all know that Duterte will be retiring next year, and therefore, they are doing all they can to preserve ties with the United States of America.

Read more: How the Philippines’ defence establishment saved its country from becoming a Chinese puppet

Rodrigo Duterte was a vociferous China hawk until he got elected as President, after which he reduced himself to a Chinese stooge. He strategically alienated and antagonised the United States and pulled out of bilateral agreements with its most important partner. However, the Philippine defence establishment has ensured that its ties with the US military and Pentagon continue to flourish. As a result of the same, the Visiting Forces Agreement was finally renewed, despite Duterte’s reservations against the same, thus displaying how the Philippines’ defence establishment has a very significant say in the country’s security and military considerations.

Similarly, now that the same establishment has started pushing the narrative of alliance-building with Japan and Taiwan, one can deduce the cause being growing Chinese aggression in the South China Sea, to the waters of which Manila too is a claimant. One can expect a chorus to grow among the Philippines’ defence ranks, calling for enhanced cooperation with Japan and Taiwan, and also other Southeast Asian nations. Furthermore, the Philippian defence establishment is also upbeat about its ties with countries like India and the United States.

China, with the exit of Rodrigo Duterte, is about to face the rise of a Philippines it has not known before. This Philippines will strive to grow stronger and self-reliant, with the help of its allies, so that it can confidently take on Beijing. Washington has delivered US$765 million worth of military aid to the Philippines since 2015, making the country the largest recipient of US military assistance in the Indo-Pacific region. Manila is also planning to buy India’s supersonic missiles – BrahMos, which is a short-range ramjet supersonic cruise missile that can be launched from submarines, ships, aircraft, or land.

Russia, meanwhile, is dealing with several unnamed Southeast Asian countries, including the Philippines, when it comes to new weapon sales. Growing Russian defence exports to the Philippines, complemented with Manila’s own modernisation programme being propelled after Duterte leaves office will turn the Philippines into a significant regional power, which China would be best advised to not mess around with.