China finally wakes up to the Philippines, a challenge in its own backyard 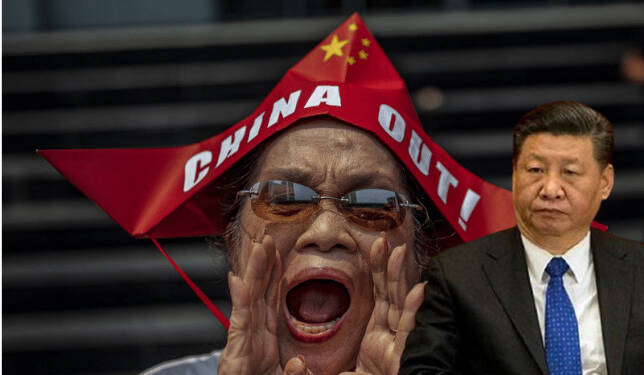 China considered the Philippines an insignificant country, which was too small and too cute to cause Beijing any harm. Furthermore, a pro-China President at the helm of affairs in the Philippines only further reassured China that it had nothing to fear out of the ASEAN nation. Sure, Rodrigo Duterte as President has been a wonder for China. He rode to power on the back of an anti-China campaign, but as is the case with recent Filipino presidents, soon found himself in bed with the Chinese Communist Party and one who was overwhelmed by Beijing’s debts. Then stepped in the Philippines’ defence establishment, and now, President Rodrigo Duterte has stopped speaking altogether.

For as long as Duterte spoke, he imperilled the U.S’ ties with the Philippines. In July, however, the Visiting Forces Agreement between the two countries was extended, despite Duturte’s stern opposition to the same. However, the country’s defence establishment showed him his place, and now, he is seldom seen talking publicly. The Foreign and Defense Ministries of the Philippines are practically running the country, and with Duterte being side-lined, China has suddenly found itself in a truckload of hot and sizzling trouble.

Taking a polarly opposite line than that forwarded by countries like Indonesia and Malaysia, the Philippines has extended its wholehearted support to the recently announced AUKUS alliance between Australia, the United Kingdom and the United States of America. The alliance will see Australia get technology to deploy nuclear-powered submarines as part of the agreement intended to respond to growing Chinese power.

The Philippines’ foreign minister, Teodoro Locsin, while welcoming the AUKUS alliance, said, “The enhancement of a near-abroad ally’s ability to project power should restore and keep the balance rather than destabilise it…Proximity breeds brevity in response time; thereby enhancing an ASEAN near friend and ally’s military capacity to respond to a threat to the region or challenge the status quo.”

If that wasn’t already enough, adding to China’s injury, Locsin also said, “This requires enhancing Australia’s ability, added to that of its main military ally, to achieve that calibration.”

Suddenly, China has woken up to the threat of the Philippines. After having paid no heed to the Philippines all these years, China finds itself in a situation where an American ally has come to exist right in its backyard. So, the CCP has resorted to the same old tactic of shaming a country. Via its foreign ministry pamphlet, the CCP aimed at Manila for supporting the AUKUS alliance, and as such, toeing the United States and its allies’ line.

Global Times, in a hitjob against the Philippines, said, “AUKUS deal risks pushing Southeast Asian countries into great power rivalry. These fears are growing. It’s completely justified for countries such as Malaysia and Indonesia to voice concerns and objections. By contrast, the support Manila threw to the deal reflects the Philippines’ short-sightedness and ignorance of the regional situation and major power competition.”

The CCP mouthpiece added, “With regard to China, including the South China Sea issue, the mentality of the Philippines to rely on the US to counter China is unrealistic and sensational…Now, out of domestic political considerations, the Philippines is likely to make certain policy adjustments. This is a pity. It’s hoped the Philippine government could sustain a rational and pragmatic attitude toward China during and after the election periods.”

Will the Philippines Be the Death of China’s Maritime Aggression?

Rodrigo Duterte was a vociferous China hawk until he got elected as President, after which he reduced himself to a Chinese stooge. He strategically alienated and antagonised the United States and pulled out of bilateral agreements with its most important partner. However, the Philippine defence establishment has ensured that its ties with the US military and Pentagon continue to flourish. However, Rodrigo Duterte is soon set to be shown the door out of the office.

China, with the exit of Rodrigo Duterte, is about to face the rise of a Philippines it has not known before. This Philippines will strive to grow stronger and self-reliant, with the help of its allies, so that it can confidently take on Beijing. Washington has delivered US$765 million worth of military aid to the Philippines since 2015, making the country the largest recipient of US military assistance in the Indo-Pacific region. Manila is also planning to buy India’s supersonic missiles – BrahMos, which is a short-range ramjet supersonic cruise missile that can be launched from submarines, ships, aircraft, or land.

The Philippines’ defence modernisation programme is stuck. Only a change in the political leadership can now help Manila’s cause. Taking on China is not a choice for the Philippines. It has become a necessity. And the Southeast Asian country’s defence establishment knows this fact better than anybody else, so they have been pushing forward an anti-China line, and a more US-centric vision of the Indo-Pacific. The effect of the same, a few years down the line, will be that the Philippines could very well get out of its lethargic limbo and transform into a power to be reckoned with in the region.

China has suddenly woken up from its slumber. It took the Philippines lightly all this while. Now, the Philippines has chosen sides, and things are about to get ugly for Beijing.

Did the Oscars Really become a crushed dream factory?