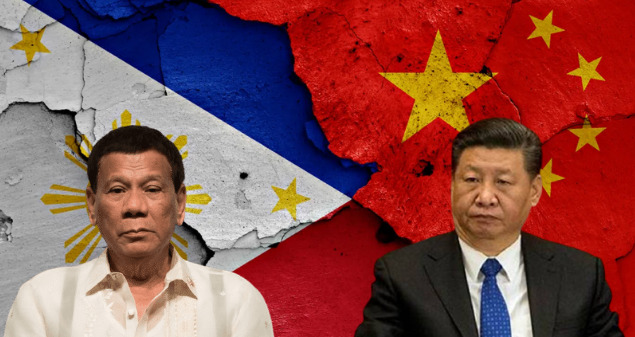 The Philippines is heading to poll in May next year, and the Chinese aggression in the country’s maritime boundaries has emerged as a prominent poll issue. The China factor became evident last month when Manny “Pacman” Pacquiao, the ambitious boxer-turned-politician, was voted out of the party after he criticised President Rodrigo Duterte’s dovish China policy. Days after he was ousted from the ruling party, Pacquiao announced his presidential run, sending shivers down the spine of the communist rulers in China.

Barely days later, a Chinese expert has now warned the Philippines’ voters that their country will lose heavy investments if an anti-China or pro-US leader is elected as the president.

China’s open warning to the Philippines

Chen Xiangmiao, an assistant research fellow at the National Institute for South China Sea Studies, recently said that the Philippines need China’s economic support in tackling the problems of economic recovery, public health and security regardless of the upcoming leader’s views on China. “If the new leader goes too far toward the US, there could be a huge loss of investment from China, something the Philippines cannot afford at the moment,” Chen said in an interview published on Sept. 8 by the Global Times, the official Tabloid of the Chinese Communist Party.

The anti-China sentiments in the country are running hot despite President Rodrigo’s unwillingness to stand up against the Chinese invasion in the Philippines’ maritime boundaries. Not only Duterte shied away from calling out China’s aggression but he also attempted to eradicate the American influence from the country by showing reluctance in renewing the U.S.-Philippines Visiting Forces Agreement (VFA).

Read More: Rodrigo Duterte is losing the Philippines and only his love for China is to be blamed for it

Duterte’s allegiance towards China became apparent when he ruled out the possibility of a war with China, citing the Chinese military’s superiority. In his final state of the nation speech in July this year, Duterte had diligently asked his countrymen, “Do you want war against China? Well, I’ll tell you, even on the coast beach of Palawan, before you can take off, the missile of China would be there in about 5 or 10 minutes.”

Duterte was a ferocious anti-China leader before he came at the helm of the affairs; however, the deep pockets of his Chinese masters tamed his rage and turned him into a Chinese stooge. Over the five years since 2016, direct investment from China totalled $567 million, increasing 12-fold from the level in six years from 2010. This rendered China an influential player in China’s economy. China’s exponential sway over Duterte’s government has also emboldened the Chinese PLA in the waters that repeatedly violate the Philippines’ exclusive economic zone. For instance, starting in early 2019 through early 2020, China encircled Thitu Island, one of the largest Philippine-controlled Spratly Islands that China claims, with the coast guard and fishing militia boats.

Read More: Why the Philippines could turn out to be one of the strongest foes of China in the coming years

Anti-China sentiments on the rise in the Philippines

China’s economic coercion of the Philippines will not bide well for the Chinese interests given the heightened anti-China sentiments in the country. Chinese deep pockets scarcely matter for the Filipinos who have had enough of China’s military adventurism in their waters.

Like the voters of Japan and South Korea, the Filipinos are also determined to vote out their pro-China government to replace it with the one that puts the Philippines’ interests ahead of anything.

China tends to overestimate its capabilities regarding its sway over the masses in foreign countries. The people around the world, if not governments, have lost confidence in the Chinese leadership, owing to China’s increasingly hostile foreign policy and economic coercion.

If China thinks that taming the Filipinos would be as easy as Duterte, it is highly wrong. China should brace itself for an anti-China leadership in the Philippines. China’s warning of stripping the country of investments only illustrates its fear of getting kicked out of the country once the new government assumes the charge.

Perdue will not run for the 2022 Georgia Senate Seat