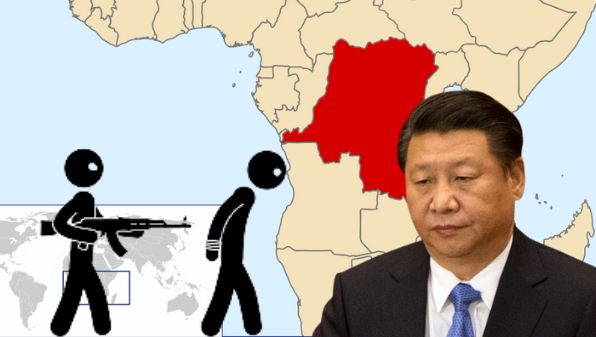 When a country invests in another country and assists in the nation-building process, some of its operational traits are transferred. It has been China’s practice of overworking its workers and treating them as if they were lesser humans. According to a recent report from the Business & Human Rights Resource Centre, China’s 102 companies operating in Africa have been accused of 679 human rights violations, a number that is continually rising. China’s Belt and Road The initiative has resulted in the most documented high-level human rights breaches in Uganda, Kenya, the Democratic Republic of the Congo, and Zimbabwe.

Now as the anger among the people and workers has already reached the threshold and the Chinese Communist Party is not willing to address these issues, things are taking a violent turn. As per reports by the CCP mouthpiece, Global Times, the Chinese Embassy announced on Sunday that five Chinese nationals had been kidnapped in an armed attack on a gold mine in the Democratic Republic of Congo (DRC). This comes at a time when the resentment against the CCP and its operations in Africa is at an all-time high.

The latest development in Congo

According to the embassy, the security situation in Province de l’Ituri, Province du Nord Kivu, and Province du Sud Kivu is extremely dangerous, with armed attacks involving Chinese people occurring often. The embassy has issued an alert, asking Chinese people not to travel to the above-mentioned provinces and to evacuate quickly if they are currently there. An armed group traded fire with police near the town of Mukera in South Kivu province, however, it remained unclear who carried out the attack.

Major Dieudonne Kasereka, the region’s army spokesman, was quoted by Reuters as reporting that five Chinese nationals had been kidnapped. Other media sources also confirmed that at least five Chinese people were kidnapped, as mentioned in Global Times. According to Sputnik News, gunmen attacked a gold mine in the Democratic Republic of Congo on Sunday, killing a local police officer and kidnapping eight Chinese nationals.

There are growing concerns inside Africa that Chinese resource-for-infrastructure projects don’t benefit the general public and the locals. Resource-rich African nations are waking up to the fact that the Chinese come to Africa loot their resources and don’t leave behind even any short-term benefits for the locals.

Take for instance the Democratic Republic of the Congo (DRC). The Congolese President Felix Tshisekedi recently ordered the renegotiation of a US$6 billion deal between State-owned commodity trading and mining company Gecamines with a group of Chinese firms including Sinohydro and China Railway Engineering Corporation related to a copper and cobalt mine in the Central African nation. Moreover, in both the DRC and Ghana, there are accusations of environmental destruction against China. Parts of the Ghanaian opposition have also warned that a $2 billion deal between Ghana and China’s Sinohydro will increase the African country’s debt burden, though the Ghanaian government denies such apprehensions.

The risk of popular uprisings is giving an anti-China turn to political regimes in the African Continent. Coups in countries like Guinea and Mali, for example, have brought down pro-China regimes. While China can do what it wants in Xinjiang under the pretext of sovereignty, but same actions going on in Africa are going to have repercussions. These actions against the Chinese workers are a precursor to how people can express their anger.