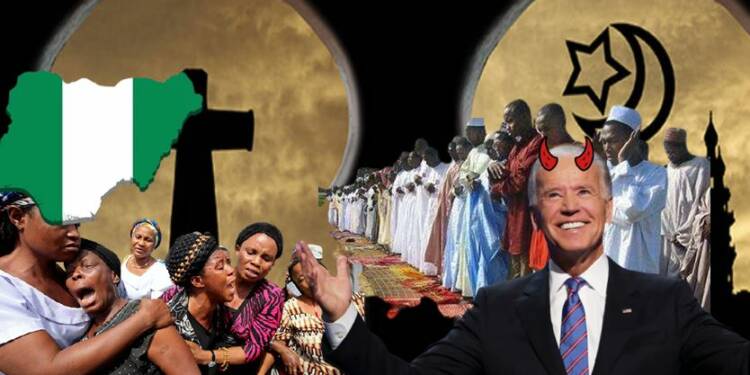 The Biden administration’s policies are all going haywire, especially the foreign policy, which is going into a trajectory of its own by making its allies more scared than the intended adversaries. Joe Biden had to face the wrath of Christian organisations for his support to the pro-abortion lobby, however, he tried to mitigate the damages by gaining the blessings of Pope Francis, as he exclaimed that the pope told him he’s a ‘good Catholic.’ While it rested the matters for the time, the larger distrust of the Catholics in the USA towards Joe Biden increased.

Now, the latest actions with respect to Nigeria has proved these inhibitions of the Biden led administration being inherently uninterested in the safety and security of Christians. Secretary of State Antony Blinken’s decision to remove Nigeria from a list of countries accused of engaging in or tolerating religious persecution has enraged Christian groups, a US government panel, and former senior US diplomats. Blinken’s decision was made public just before he travelled to Nigeria – Africa’s most populous country and a hotbed of Muslim-Christian hostilities.

The decision that came as a bitter shock:

The development may appear to some uninformed folks as trivial paperwork or an ambassadorial goodwill gesture. However, this de-listing of Nigeria’s CPC (Country of Particular Concern) designation is an outright betrayal of an already persecuted Christian community. It also portends an increase in death squads, as well as the destruction of villages and farmlands, as well as the displacement of homeless people. During his time in office, Donald Trump and his administration  began to look more closely at the Islamist targeting of Nigerian Christians. Nigeria was designated as a ‘Country of Particular Concern’ in early December 2020, as announced by then-Secretary of State Mike Pompeo.

Jihadists from Boko Haram and the Islamic State West African Province (ISWAP) have been fighting the Nigerian government for nearly two decades. Although Islamist militant groups are active in neighbouring northern Cameroon, Niger, and Chad, the ICC (International Criminal Court) listed Nigeria as the worst country in which to be a Christian, with Boko Haram active in the northeast and Fulani tribesmen staging attacks against Christians in the country’s central belt.

How dangerous is Nigeria for Christians?

What is the danger level in Nigeria? Between January and September this year, according to Family Research Council President Tony Perkins, who also serves on the US Commission on International Religious Freedom, up to 8,000 Christians were slain in cold blood. Meanwhile, Nigeria’s government does virtually nothing, and the Biden administration has decided to do even less.

According to Voice of America in early 2021, a report by the US-based Christian persecution monitoring group Open Doors, shows the number of Christians killed in 2020 increased by 60%, mostly because of Islamic violence against Nigerian Christians. The study says more than 2,200 of 4,761 Christians killed around the world in 2020 died in Nigeria because of radical Islamists. Another US-based organization, International Christian Concern, estimates that 50,000 to 70,000 Christians have died in violent attacks in Nigeria over 18 years, mostly carried out by Boko Haram terrorists or arms-wielding gangs.

The Nigerian military and police have a reputation for not engaging rebels unless they are attacked by the terrorists. This indicates that they were — and still are — willing to put Christians through hardships because of their beliefs. The western secular narrative of Fulani attacks as a simple “Farmer-Herder dispute” is a farce in and of itself. Over 50,000 Christians have died for their faith in the last two decades, for whatever cause, and hand wringing has been the chosen response to atrocities.

An increasing number of disgruntled voices are reacting to the United States’ perplexing move, which appears to be some sort of a covert submission to the west-African country’s extreme Muslim regime. As per a Nigerian pastor, Rev. Joseph Hayab, chairman of the Kaduna State chapter of the Christian Association of Nigeria, these actions are like telling a sick man in the hospital to go home to die.

He added, “How can they say the situation is improving when on Oct. 31, a whole Baptist congregation of 66 people [was] abducted, and just last night, the bandits put out a video saying they are doing it because they are against Christians? What he [Blinken] did baffles us, because Christians in Nigeria and others suffering persecution feel like they cannot rely on the US government to help them.”

The Biden administration has also made a number of choices that demonstrate that human rights will not always take precedence over US national interests. This action is a blunder of a catastrophic scale, and even the blessings of the Pope in the Vatican will not be enough to get Biden out of this disastrous policy choice.