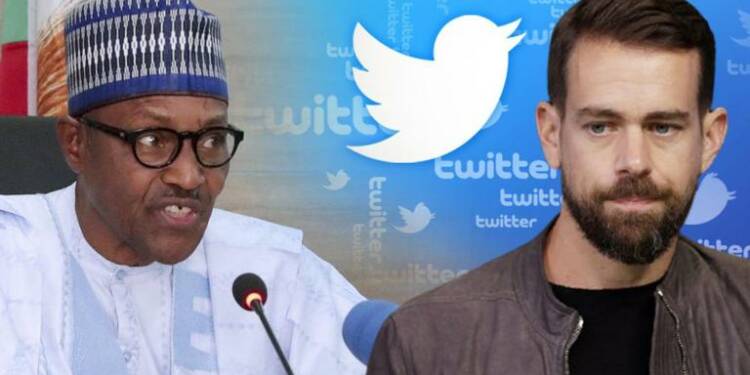 The Big Tech and the social media giants have been feeling way too powerful, so much so, that they are willing to deplatform and independently decide who can be allowed on their platforms. By doing this, they are supporting the factions that are favourable to them and taking irrational actions against those who are ideologically or politically at the opposite end. However, the nation-states of the world have had enough, and they will not sit ideally by when their sovereignty is jeopardized.

The latest comes almost two days after Twitter removed the Nigerian president’s ‘abusive’ civil war tweet. In response, the government of Nigeria has decided to ‘indefinitely’ ban the social media platform ‘twitter’ in the country. Nigeria’s President had tweeted in the context of the 1967-70 civil war saying, “Those of us in the fields for 30 months, who went through the war, will treat them in the language they understand.” Twitter immediately marked it as abusive and suspended his account for 12 hours.

The Nigerian government, on the other hand, was not pleased, and on Friday, the social media network was banned until further notice. Twitter was prohibited in Nigeria, according to the government, because it was being used for activities that were “capable of undermining Nigeria’s corporate existence.” While understanding this, we must keep in mind that the Supreme Leader of Iran, keeps on spewing genocidal narrative against the Jews, an obvious anti-semitic narrative, however, Twitter does not bother to check that, in the context of its policies.

Earlier in January, the government of Uganda also banned all social media apps and platforms in the country, including Facebook, Twitter and WhatsApp citing the gross interference of such platforms in the country’s democratic process. Elections in Uganda were slated for January 14, in which incumbent President Yoweri Museveni faced off with Bobi Wine. The Museveni-led government then alleged that Twitter and other social media platforms were indulging in blatantly biased behaviour and banning pro-NRM handles.

Read more: Uganda teaches a lesson to Big Tech after what they did to Donald Trump

When Twitter chose Ghana for its first African office in April, the information minister responded strongly. He said that media misrepresentations of Nigeria, such as allegations of crackdowns on protests last year, had affected the company’s decision.

Twitter and other social media platforms are the latest variants of the West’s tryst of being the white knights. Without any substantial understanding of the Socio-economic and political realities of the global south countries, Twitter among other social media giants finds it to be their duty to change the political incumbents and place people whom they view more favourably, thus becoming the white knights that bring justice to the poor and vulnerable. This kind of narrative arrived at from a position of extreme privilege, overlooking the reality of the nation-states and their status as sovereigns.

The action by Nigeria proves that these social media platforms are overextending and more and more countries are realising the same. Going ahead, there will be a substantial price to pay, if these companies do not change their mode of operations and realise their reality, instead of riding the high horses of white man’s burden’s 21st-century variant.

China’s millionaires are making housing rates in Canada, Australia and New Zealand go through the roof as Jinping cracks down on private sector