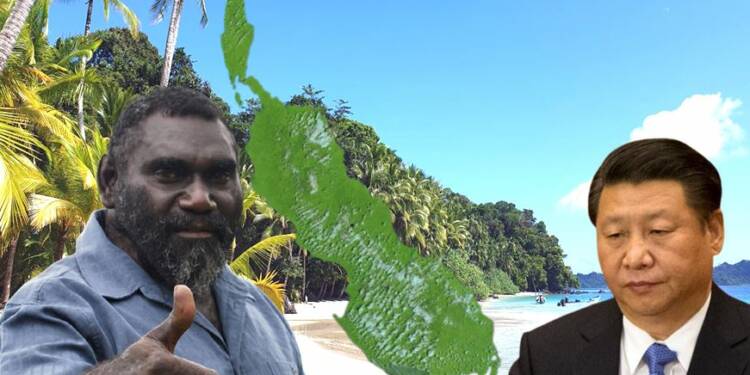 There is tremendous competition among the great countries in the Indo-Pacific, and pundits often overlook changes in smaller but essential island nations in favour of the big picture. The situation in the Solomon Islands has deteriorated dramatically. In a similar time frame, things are not looking good for Chinese neo-colonial ambitions in the neighbouring Bougainville Island.

The majority (97.7%) voted for independence from Papua New Guinea in a referendum in 2019. Despite the clear outcome, the referendum was non-binding and subject to ratification by Papua New Guinea’s parliament, and as the real face of a belligerent China, the island has decided to close its doors to Xi Jinping.

Also read: Papua New Guinea is taking a violent turn against China, one hostile step at a time and we have Australia to thank

While the larger powers and even the Papua New Guinea government were willing to let the island start a new journey in 2019, the experience of 2020 and the overt expression of despotic tendencies by Xi Jinping has created a wave that is resisting the possibility of China gaining significant ground in the resource-rich Island.  The way the matter is handled will have a big impact on regional stability, especially since China wants to include Bougainville in its Belt and Road Initiative (BRI) as a new independent country.

The referendum was part of a consultative process promised by Papua New Guinea in a 2001 agreement that ended a decade-long civil war that claimed the lives of up to 20,000 people. The Bougainville Revolutionary Army (BRA), the Papua New Guinea Defense Force, and other armed organisations, fought each other in the war. Papua New Guinea afterwards recruited a private security firm located in the United Kingdom to oversee its operations.

Bougainville achieved some autonomy as a result of the consultation, although Papua New Guinea retains control over its economic and foreign affairs. Secessionists want the island to have complete autonomy. Papua New Guinea’s parliament, however, has the last say on whether or not to accept the referendum outcome, which isn’t legally binding. It’s possible that it’ll advocate for a compromise framework based on the island’s increased autonomy.

Mr. Kauona unfurled a large satellite map of Bougainville with Chinese script highlighting proposed bridges, a port at Torokina on the west coast (where US forces landed in World War II), a highway linking Buka town in the north with Buin in the south, an airport, and a luxury resort among other proposed developments, in a public presentation filmed by a crew in 2019. It was almost clear that mining will be a part of the transaction.

Mr. Kauona, who was one of the top candidates for President of Bougainville in 2019, stated that he is not inherently “pro-China”, and that he prefers to work with enterprises that can assist in nation-building. “We’re a treasure island”, says the narrator. We want partners who want to help us establish a nation, not just exploit our resources, as we come closer to independence.”

The Covid-19 situation, the crisis in the Solomon Islands and China:

One fact is that the people of Bougainville Island consider themselves culturally closer to the people of Solomon Islands, and the latest spell of revolt in the Solomon Islands has had an extensive impact on the psyche of the people and their perception of international politics. The demonstrators from Malaita sought Prime Minister of Solomon Islands Manasseh Sogavare’s resignation. The protesting citizens’ complaints are thought to stem from a sense of neglect by the central government, as well as residual displeasure with the Solomon Islands’ decision to switch diplomatic allegiances from Taiwan to China in 2019.

Many villages on Malaita had developed strong ties with Taipei, and the island’s local government had often expressed displeasure with the island’s embracement of China. Inter-island tensions sparked instability, prompting an Australian-led peacekeeping force to be deployed from 2003 to 2017. Following general elections in 2006, violence erupted, with much of Honiara’s Chinatown being levelled over allegations that businessmen with ties to Beijing corrupted the vote.

Given these developments, the citizens of Bougainville Island will find it all the more difficult to think that the Chinese interests and investments in their region are out of large-heartedness. And as the separation takes a back seat in the face of the pandemic and an imminent socio-economic threat, the larger government of Papua New Guinea will keep its door closed for the Chinese colonial designs in the shape of lucrative investments.