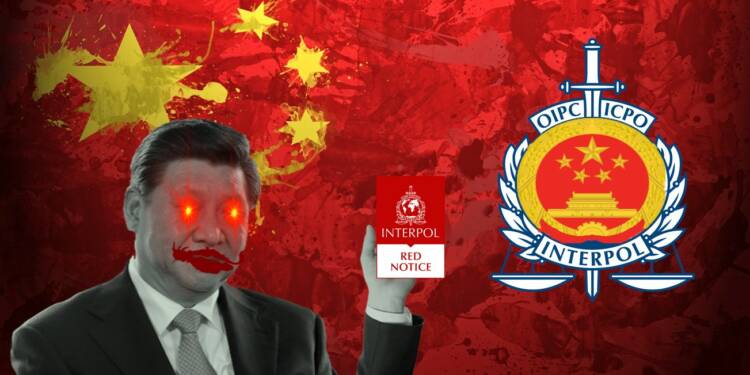 Criticizing China on Chinese soil is a criminal offence. Interpol is now striving to make it a universal crime. In April this year, TFI Global had reported how China has been tossing around Interpol to use it for its own advantage to silence resenting voices overseas. And now with the election of a CCP-backed candidate into Interpol’s executive committee, red flags have been raised by activists and human rights groups fearing China’s increased intervention in the workings of the organization.

“Mr Binchen HU of China and Mr Praveen SINHA of India have been elected to the posts of Delegate for Asia (three-year term),” Interpol declared in a tweet after a secret vote of members at the general assembly. Hu Binchen is a deputy general in China’s Ministry of Public Security, whose election to the committee invited vehement criticism from MPs from the Inter-Parliamentary Alliance on China (IPAC), a global coalition representing democratic countries. They warned that his election would give Beijing more powers to abuse the agency.

The lawmakers highlighted “long-standing concerns about China using leadership positions to gain influence in the organization, which in the past has damaged its reputation and reportedly threatened its political neutrality.” They also cited the cases of Uyghur activists subjected to China’s Red-notice abuses. Hu is particularly unsuited to serve at Interpol, according to the Safeguard Defenders rights group, because of his past role as international liaison for China’s enormous network of electronic monitoring systems, domestically known as Skynet and internationally as Fox Hunt.

“Via Fox Hunt, the ministry of public security is engaged in chasing alleged fugitives outside of China … and in illegal field operations in other countries, where … teams are sent to intimidate and harass ethnic Chinese to force them to return to China “voluntarily” and is also known to engage directly in kidnapping operations outside of China,” the group said.

How Sinicization of Interpol began?

‘Sinicization’ of Interpol first began back in 2016, when China had pushed its Minister of Public Security Meng Hongwei into the office of Interpol at the election in Bali where 830 Police Chiefs and Senior law enforcement officials from 164 countries voted. Meng Hongwei was the first Chinese president of Interpol in its 76-year-old history. Chinese officials won over smaller nations by offering billions of dollars in aid to their governments and their police departments.

With a Chinese official at the helm of affairs in Interpol, politically motivated red corner notices were issued as a part of Beijing’s campaign to punish anyone who criticised the CCP. Red corner notices are generally issued for the arrest or provisional arrest of wanted persons with the Interpol system. It is supposed to be used against dreaded criminals. But China used it against political crimes.

With ETIM spiralling out of control and morphing into an existential threat for China’s territorial integrity, China is highly likely to wield its exponential influence over Interpol to battle the ETIM in its backyard. The UN has listed ETIM as a terrorist organisation under pressure from China; however, the US removed the group from its blacklist under the auspices of former US President Donald Trump.

It would be naive to believe that the US under Joe Biden could weaponize ETIM against Chinese hegemonic behaviour in the Indo-Pacific. But if China’s anxiety is any indication, China is still feared at the prospects of ETIM joining hands with ISIS to fuel secessionism in the Chinese territories. The world should act immediately to stop China from downsizing liberty in democratic countries. Countries, people, groups, and activists calling out China’s genocidal activities in its territories must be safeguarded at any cost.