For two years, the Interpol chief was a Chinese stooge who issued red corner notices against any and everyone for speaking against the CCP 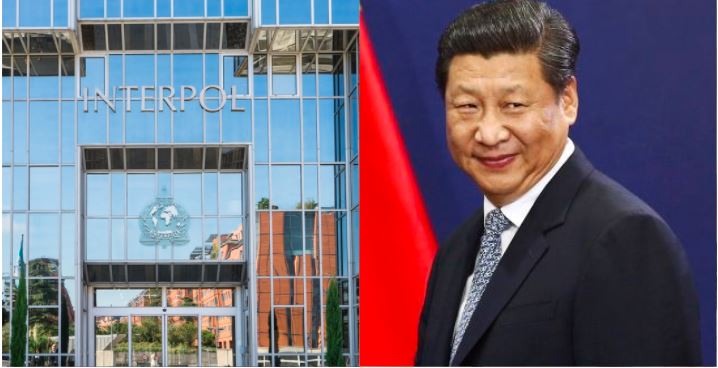 But what if we told you that an evil organisation with corrupt individuals is hijacking these institutions? Sounds like a thick movie plot, right? Sadly, it isn’t just a story. You would have heard about China, the world’s second-largest economy. It is hijacking the most trusted global institutions. We all know what happened to WHO. Also, TFI has extensively covered how China influences the World Bank. But not many know about what China did to Interpol.

Interpol is the most flamboyant of institutions in popular culture. People imagine that this organisation catches all the bad people – international criminals, gangsters, fugitives and white-collar criminals. But for around two years, China used this institution to harass and bring back high-profile political dissidents. The Xi Jinping administration doesn’t tolerate democracy inside China, and through Interpol, it cracked down upon anyone who used democratic freedom against the nation anywhere in the world.

In 2016, China had pushed its Minister of Public Security Meng Hongwei into the office of Interpol at the election in Bali where 830 Police Chiefs and Senior law enforcement officials from 164 countries voted. Meng Hongwei was the first Chinese President of Interpol in its 76-year old history. Chinese officials won over smaller nations by offering billions of dollars in aid to their governments and their police departments.

This appointment at the top level led to the attempted  ‘sinicization’  of Interpol. Chinese influence first showed up in a more innocuous form when Meng sought to translate official documents into the Chinese language with his four Chinese aides. But then more problematic things started happening, as the Chinese Communist Party (CCP) started using Interpol for cracking down on political dissidents.

With a Chinese official at the helm of affairs in the Interpol, politically motivated red corner notices were issued as a part of Beijing’s campaign to punish anyone who criticised the CCP. red corner notices are generally issued for the arrest or provisional arrest of wanted persons with the Interpol system. It is supposed to be used against dreaded criminals. But China used it against political crimes.

The red corner notice against Dolkun Isa, a Germany-based activist, is an example of how China abused Interpol’s extensive authority. Isa has been working for the rights of the Uyghur Muslim community inhabiting the Xinjiang region, which is presently occupied by the Chinese Military. One such notice was also issued against the US-based Wang Zigang, an advocate of democracy in China.

The notice against Isa did go a bit too far. It was revoked by Interpol during Meng’s tenure itself and the CCP retaliated by arresting Meng on make-believe charges of corruption. The official, who served as the Interpol chief till October 2018, was sentenced to thirteen years in prison by the Xi Jinping administration in China. Just imagine- a top official was put behind the bars only because he did not facilitate Beijing’s attempts to extradite a human rights activist.

What China did to Interpol is an affront to the recognised international law. Beijing has systematically and openly abused the process of a trusted international organisation. We ask a serious yet blunt question- does China have a right to remain a part of Interpol?

As far as we know, the United Nations and its allied organisations have been formed in order to protect human rights. But China is defining the same organisations for committing some of the most serious human rights violations. Yet, the UN and its allied bodies are sitting over Chinese government abuses as mute spectators and allowing the CCP to erode their credibility.