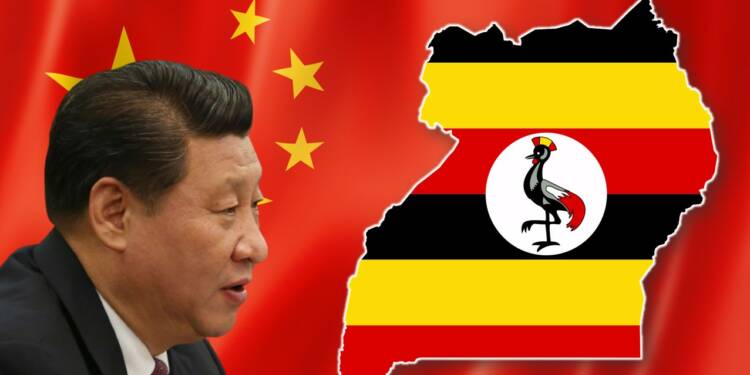 The world has moved beyond the days of direct confrontation and many large powers rely on alternate methods, which includes economic coercion as well as taking on disinformation campaigns in the larger intelligence warfare. Similar developments were visible in the African country of Uganda. Earlier as per reports, Uganda lost its only international airport, the Entebbe International Airport, to China for failing to repay a loan. However, later on, the government clarified that it has not given up on its international airport to China and is engaging in deliberations for alternative solutions.

Uganda is aiming to alter a loan arrangement made with China in 2015 to ensure that the government retains control of the country’s only international airport, according to the Monitor daily, citing sources familiar with the situation.

According to the article, the East African country borrowed $200 million from China’s Export-Import Bank to expand the Entebbe airport. However, the spokesman for Uganda’s aviation regulator and China’s director-general for African Affairs in separate tweets denied that the Chinese lender had taken over the airport.

The earlier developments in Uganda:

The modus-operandi is fairly simple—enter a country on the pretext of development activities, hand out fishy loans with exorbitant interest rates and when the state fails to repay it, capture its territories and strategic assets of national importance. Before anyone knows it, China becomes the de facto ruler of such countries, and they lose all their sovereignty to a Communist madman. This is what happened with Sri Lanka. It also happened with Zambia. Now, it is happening in Uganda.

Read more: Uganda succumbs to China’s debt trap but the ordeal may not last long

Uganda takes a stand for its national interest:

China’s Belt and Road initiatives have sparked debate around the world. In 2017, the government of Sri Lanka agreed to lease a port for 99 years to a company managed by China Merchants Port Holdings Co. in exchange for $1.1 billion. In Pakistan, plans to construct a seaport, roads, railways, pipelines, dozens of factories, and the country’s largest airport have yet to materialise.

Realising the possibility of China taking over the only international Airport that it has, Uganda has started to force China into renegotiating the deal.

Africa Stands Up to China:

The Democratic Republic of Congo (DRC) lies just next to Uganda, on its western border. Uganda is flanked by Kenya on its Eastern border, and the Central African Republic is also not very far away. Countries like the Democratic Republic of Congo, Sierra Leone, Ghana and Kenya have begun cancelling Chinese projects. This is also the mining belt of Africa. Recently, DRC’s President, Felix Tshisekedi has called for a review of mining contracts signed with China in 2008, while also mounting an attack against China’s exploitative tendencies.

Chinese designs to usurp Kenya’s Mombasa Port, meanwhile, have hit a massive judicial wall, and Beijing has practically failed in its objectives. To top it all, a season of coups seems to have descended upon Africa – all of which have Russia’s backing. These military regimes are driving out China from the continent rather mercilessly. Russia has been involved discretely in many African coups, and its mercenary groups appear to play a deeper role in countries such as Mali, Libya, and the Central African Republic.

As per the earlier TFI report, Uganda too could have fallen into the hands of the military, however, realising the larger discontent, the government in Uganda decided to take on Chinese aggressive take over.