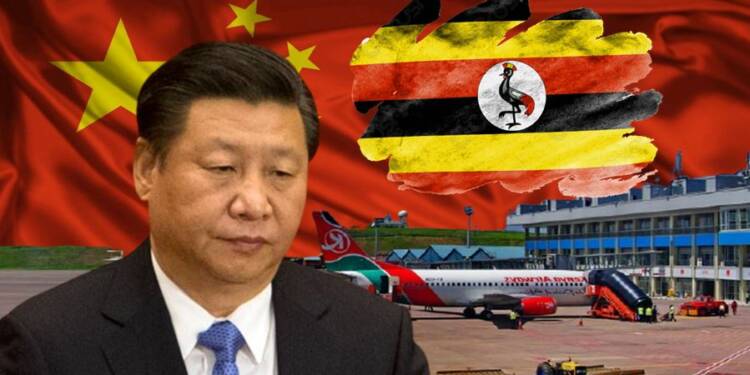 The debt-trap diplomacy of China forms the bedrock of Xi Jinping’s flagship Belt and Road Initiative, and China is using it to hash out the assets of various nations in lieu of the debts these poor countries owe to Beijing. The modus-operandi is fairly simple—enter a country on the pretext of development activities, hand out fishy loans with exorbitant interest rates and when the state fails to repay it, capture its territories and strategic assets of national importance. Before anyone knows it, China becomes the de facto ruler of such countries, and they lose all their sovereignty to a Communist madman. This is what happened with Sri Lanka. It also happened with Zambia. Now, it is happening with Uganda.

The Export-Import Bank of China, also known as Exim Bank, has taken over the Ugandan Entebbe International Airport and other assets in the country over the failure of the Ugandan government to repay a loan. The takeover of Uganda’s only international airport comes as a consequence of the Chinese Communist Party sliding in some “toxic clauses” in a 2015 loan agreement between China and Uganda. In 2015, The Museveni-led Ugandan signed an agreement with Exim Bank of China to borrow $207 million at two per cent upon disbursement.

According to the Uganda Civil Aviation Authority (UCAA), some provisions in the Financing Agreement with China exposed Entebbe International Airport and other Ugandan assets to be attached and taken over by Chinese lenders upon arbitration in Beijing. Unconsciously, in 2015, the Ugandan government waived international immunity in the agreement it signed with China to secure the loans, exposing the airport to takeovers without international protection.

If we have learnt anything from Africa in recent times, it is that the continent is in no mood to allow China to walk all over it. Africa has become a geopolitical battleground between various powers like Russia, France, the United States, Israel, China and others – all of which are trying to secure their interests in various countries of the continent. China, however, is really the only one suffering one setback after the other. And while the Ugandan airport takeover might seem like a big victory for Beijing, it is not. Here’s why.

The very fact that Africa is a geopolitical battleground for world powers is a big problem for China. Uganda is a close partner of Russia, and Vladimir Putin will not view such a hostile takeover of the country’s international airport lightly. Now, various powers can work to turn the already disenchanted people of Uganda against China, and that would really spell doom for the Communist nation.

Uganda has a dark history. It has seen dictatorships up close. Now, if Yoweri Kaguta Museveni, who has been in power since 1986, cannot secure the country’s interests – the people will rise against him. Whichever regime succeeds will not be half as lenient with Beijing as Museveni has been. Thereupon, China will find itself not being paid its loans back, and also being kicked out of the international airport that it has taken over, by force if necessary.

Africa Stands Up to China

The Democratic Republic of Congo (DRC) lies just next to Uganda, on its western border. Uganda is flanked by Kenya on its Eastern border, and the Central African Republic is also not very far away. Countries like the Democratic Republic of Congo, Sierra Leone, Ghana and Kenya have begun cancelling Chinese projects. This is also the mining belt of Africa. Recently, DRC’s President, Felix Tshisekedi has called for a review of mining contracts signed with China in 2008, while also mounting an attack against China’s exploitative tendencies.

Chinese designs to usurp Kenya’s Mombasa Port, meanwhile, have hit a massive judicial wall, and Beijing has practically failed in its objectives. To top it all, a season of coups seems to have descended upon Africa – all of which have Russia’s backing. These military regimes are driving out China from the continent rather mercilessly. Russia has been involved discretely in many African coups, and its mercenary groups appear to play a deeper role in countries such as Mali, Libya, and the Central African Republic.

The coup in Sudan came just months after two successful coup d’états in Mali in 2020 and in May 2021. The most recent coup attempt which came prior to Sudan was in Guinea. The recent spate of military takeovers in Africa began in November 2017, when the then Zimbabwean President Robert Mugabe was placed under house arrest.

Uganda too could fall to the military, in which case China will be given a bloody run for its money in the African country. Xi Jinping might have just made a big blunder with the takeover of Uganda’s airport.