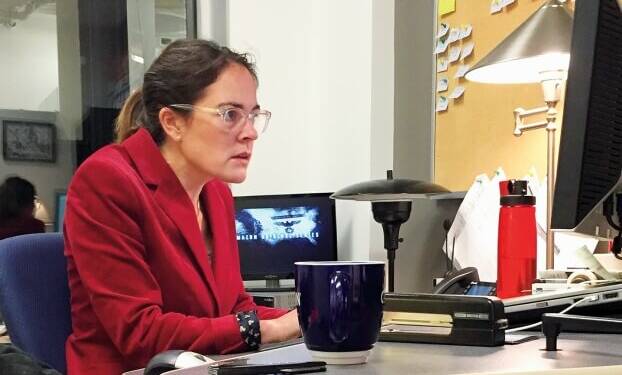 Annie spent her first nine years at the Baltimore Sun covering crimes, the Maryland State House and City Hall. She also worked for BusinessWeek and Bloomberg News where she reported on the White House during former President Barack Obama.

Apart from being a pro in United States politics, she is also familiar with England politics. As a reporter, she worked with Bloomberg News on England politics for a year.

Also Read: Philip Bump : Is there an end to Liberal conspiracies?

Education and Career of Annie Linskey

According to her LinkedIn profile in 1993 Annie Linskey joined Wellesley College in Massachusetts and her journey with the college ended in 1997.

She started her career as a press secretary immediately after college. As she mentioned she was fascinated with the idea of knowing things and asking questions. She was also wondering how good the journalism field and the lifestyle of journalists inspired her to be a journalist. So she joined The Baltimore Sun as a reporter. After that, she went on and on as a journalist. She is now one of the most popular journalists in the US.
Personality:

Annie is known in the United States as a journalist who never hesitates to ask harsh questions and criticize politicians. She is seen tweeting harsh questions and hard truths. Recently she was in controversy regarding a tweet where she criticized President Biden on a visit to the crematory where his family is buried. Annie Linskey tweeted “Biden goes to church and walks through a graveyard in Wilmington as his legislative agenda is dying in Washington,”. And tweeted that her tweet was not meant to offend.

As a political journalist, Annie Linskey is widely popular. She has a great grasp of the current happenings in United States politics. Covering the White House for the WashingtonPost is one of the most competitive jobs to get as a Journalist in the United States and that proves her efficiency in the field.

India is engineering an alliance between Tibet and Taiwan