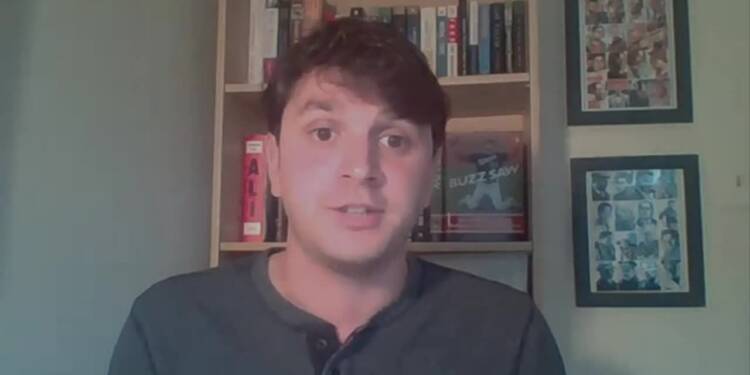 Jesse Dougherty is a Washington Post reporter who has previously covered college and high school sports, as well as the Washington Nationals. He briefly covered the NHL for the Los Angeles Times before joining The Washington Post in February 2017. Jesse is a Syracuse University graduate who was born in Philadelphia.

Won first prize in the A Division Beat Writing category of the Associated Press Sports Editors 2019 tournament. The A Division is made up of the country’s most powerful print and digital publications. The Washington Nationals won the World Series in 2019 and received an award for their coverage.

Rookie of the Year for 2017 is awarded by the Maryland Delaware District of Columbia Press Association to the top reporter in each of the three states with less than 18 months of experience.

First-place national winner for sports column writing, according to the Society of Professional Journalists (2016).

Education and Training of Jesse Dougherty

He completed his Graduation in Newspaper and Online Journalism from the Newhouse School of Public Communications of Syracuse University from 2012 to 2016. Where he also studied Political Science.

In 2015, he worked as an intern for four months at The Philadelphia Inquirer, a non-profit organisation that publishes a news website and two daily newspapers in the Philadelphia metropolitan area.

The career of Jesse Dougherty

He started his career early in his life, he was actively involved in various media activities. He worked as a sideline analyst in the Time Warner Cable Sports and sports editor in The Daily Orange simultaneously.

In between, he also did his Internship in Philadelphia Inquirer and he was Freelancing too. In The Daily Orange newspaper, he worked as a Digital Editor, Beat reporter and Sports Editor within his three years with The Daily Orange.

The winning of the team that he closely followed came to him as an opportunity and published a book on his experience and the background stories that lead the Washington Nationals to win the baseball World Series.

Jesse Dougherty is a hard-working media professional and a sports enthusiast. He is active on Twitter and LinkedIn, however very less active on Facebook. But he updated about his Buzz Saw book launching on Facebook and wrote ‘‘Have not used this page in a long time (is this thing on…?), but wanted to shoot out an update on my forthcoming book, Buzz Saw, which chronicled the Washington Nationals’ 2019 season, which ended with a World Series title.

Buzz Saw will be available on March 24, and you can pre-order below in the meantime. Thanks, as always, for all the support. You’ll be hearing more from me soon!’’

This is how he never forgot the admirers and from his busy schedule, he tries to spare some time for his followers.