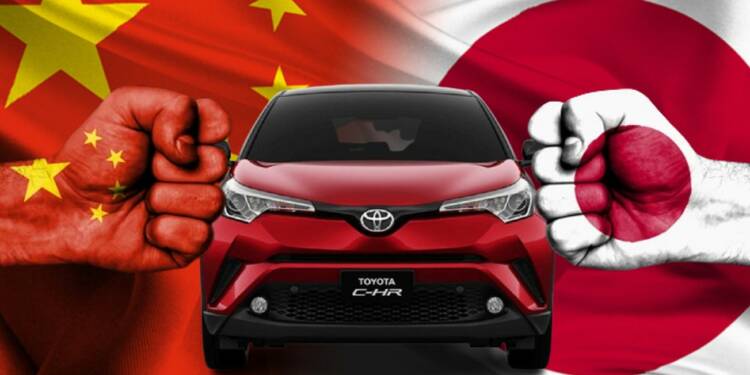 Japan is a world leader in automobile technology. Apart from Germany, no one can compete in the automobile sector. And if you need any evidence to corroborate this fact, you need to look no further than Toyota, a globally loved automobile brand that has produced some of the best cars to date. And now Toyota is looking to aggressively dominate the Chinese electric vehicles (EV) market with some affordable cars from next year.

Toyota to launch an all-electric small sedan in China:

Toyota Motor Corp. has made plans to launch an impressive, all-electric small sedan in China late next year. It will turn to local partner BYD for key technology and create an affordable yet spacious EV for the Chinese market.

As per Reuters, two of the four people with knowledge on the matter claimed that the affordable car will be an electric holy grail for Toyota, which has struggled in the past to manufacture an economically competitive EV for the Chinese market without compromising on comfort.

The upcoming EV will be slightly bigger than the Toyota Corolla, the world’s best-selling car of all time. One of the sources described it as “a Corolla with bigger back-seat section”. Toyota plans to unveil the latest EV AZ a concept car during the Beijing auto show in April and will be pitched below premium EVs such as Tesla’s Model Y or the Nio ES6, but above the ultra-cheap cars like Hong Guang Mini EV, which starts at just $4,500.

Why the Toyota EV should worry China:

However, once China is done developing homegrown brands, it starts a negative PR campaign against foreign competitors and subsidises local brands heavily. Ultimately, China’s protectionist methods curtail competition by foreign brands and local markets are almost always dominated by local brands. Ultimately, when these brands become too big, they are marketed as international brands and start selling in other countries also.

Yet, Toyota is challenging the Chinese protectionist model. It is looking to grab a major share of the Chinese market with a special all-electric small sedan that focuses totally on the Chinese market. With affordability in its latest offering, Toyota wants to eliminate the only advantage that Chinese automobile makers enjoy- competitive prices.

China is infamous for producing substandard and cheap products without much durability or quality. However, let us tell you something really interesting- the people of China do have a taste for high-quality products. This is why local Chinese smartphone companies haven’t been able to kick Apple smartphones out of the Communist nation.

Many Chinese smartphone users use iPhones with Huawei wallpapers because even if the CCP forces them to show patriotism, they do not want to lose out on a good user experience. Such smartphone users in China argue that consumer choices do not have anything to do with patriotism. Chinese smartphone companies have tried hard to compete with Apple, but whenever Apple infuses itself with new technology, it becomes a benchmark of sorts and therefore Apple remains a popular brand in China.

Similarly, Toyota is looking to capitalise on the Chinese consumer’s choice for better and high-quality products. When Toyota is ready to offer a better product than what local automobile manufacturers are offering and that too at a competitive price, many Chinese consumers will naturally choose the Japanese carmaker over local brands. Toyota is thus all set to flood the local Chinese markets with affordable cars at the expense of local Chinese brands.