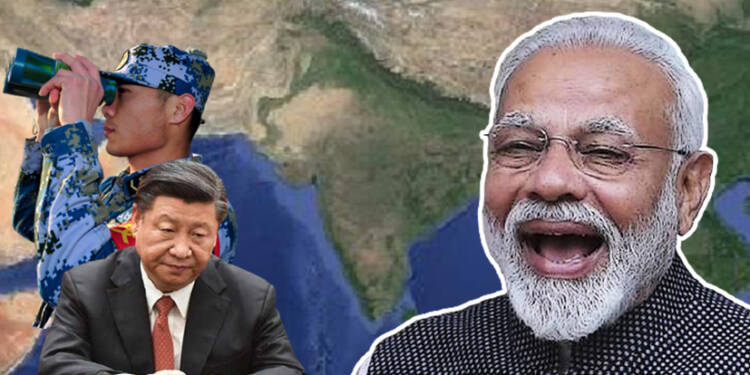 China is hastily retreating from the Indian Ocean. The region where China once aspired of exhibiting its supremacy has now turned into a graveyard of its ambitions. Instead, China is now striving to look for a failsafe in the Western African region.

If US intelligence reports are to be believed, China is cherishing ambitions of developing a naval base in the port city of Bata in Equatorial Guinea. Bata already has a deep-water port, which had been upgraded by China Road & Bridge Co between 2009 and 2014.

Considering burgeoning security challenges in the South China Sea and the Indo-Pacific region, investing huge capital far away on the Western coast of Africa seems an infantile decision on part of the Chinese government. But it becomes necessary in the wake of Chinese inflated dreams capsizing in the Indian Ocean at a blistering pace.

China’s retreat from the Indian Ocean illustrates its realization that the communist nation can’t match the Indian presence in the region. China always aspired of dominating the waters around the Indian subcontinent and got its head down on the task decades ago.

China launched its strategy to encircle India by developing ports and bases in the Indian neighbourhood; a policy that was termed as the “String of Pearls” strategy by the US experts in 2004.

China’s adventures in the Bay of Bengal region:

The Bay of Bengal is the northeastern part of the Indian Ocean, bounded on the north by Bangladesh. Close proximity to India and a weaker economy made Bangladesh an easy target for China. So, in 2006, China agreed to construct the Sonadia port as well as provide loans to finance the project. However, much to China’s chagrin, Bangladesh last year kicked China out of the project citing environmental concerns; and instead, the south Asian nation invited India and Japan to develop an alternative deep-sea port near Payra in South Bangladesh.

Chinese ambitions have not taken off even in a country that calls itself an “all-weather friend” of China. Pakistan hosts Belt and Road Initiative’s most crucial infrastructural project for China, meant to link the Chinese mainland to Gwadar port in South Pakistan. Gwadar is also essential for China to bypass the Malacca dilemma.

But as per allegations levelled by Chinese and Pakistani security experts, India-backed secessionist movements in Pakistan’s Balochistan province have weighed down the development of the Chinese projects in the region. Chinese engineers often get slaughtered here sporadically. Despite repeated assurances by the Pakistani army, the fate of Chinese projects continues to hang in balance.

A frustrated China has now signalled its will to shift its shipping activities to Pakistan’s another port city of Karachi, to steer clear of Baloch freedom fighters, who see China as an invading force.

Chinese projects in Sri Lanka and the Maldives die in stillbirth:

Through its aggressive chequebook and debt-trap diplomacy, China had also acquired the port of Hambantota in Sri Lanka and Marao Atoll of Maldives, to encircle India in its backyard. As for Hambantota, the Sri Lankan government has already restricted China’s activities to commercial trading, after being pressed by the Indian government.

In November 2014, Sri Lanka had allowed one Chinese submarine and one warship to dock at its port of Colombo, raising red flags in New Delhi and prompting the Modi government to issue a stern warning to Sri Lanka. Resultantly, Sri Lanka had to make it clear to its Chinese bosses, that ports in Sri Lanka should only be used for carrying out commercial activities.

As for the Maldives, the country has remained extremely generous towards India, and hawkish towards China, after the regime change in 2018. China-backed Abdulla Yameen, who helped China strengthen its grip over the island nation, is now rotting in jail, while the new government embraces India and supports the strong military and economic relations with New Delhi.

On the flip side, by acquiring strategic assets on Chabahar port of Iran and Duqm port of Oman, India has ensured that China’s ambitions of dominating the Indian Ocean Region remain far from getting materialized. So, Africa is the new failsafe for the Chinese government. The PLA Navy (PLAN) is in desperate need of new bases where it could station its massive naval fleets and assets.

So, despite being of negligible strategic importance, China is forced to invest massive capital in Africa to develop new naval bases. But Chinese involvement in Africa won’t be a walk in the park either. Africa is Russia’s biggest security partner, and countries like France and the UK also enjoy a significant presence in the region. All in all, meddling in Africa would bring China nothing but a disaster of epic proportions.