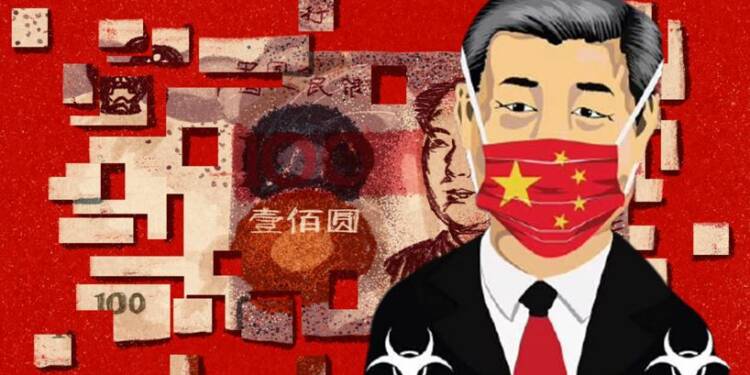 It is never a good idea to snatch the money out of the pockets of citizens, which they had kept in banks for safe-keeping. While the prospect may seem lucrative to any declining government, it impacts the larger financial health of the nation, as the people will not be able to put their trust in the banks with the breaking of the social contract. China’s central bank announced on Monday that it will reduce the amount of cash that banks must retain as reserves, the country’s second such step this year, releasing 1.2 trillion yuan ($188.24 billion) in long-term liquidity to support the country’s weakening economy. The People’s Bank of China (PBOC) announced on its website that from December 15, the reserve requirement ratio (RRR) for banks will be reduced by 50 basis points (bps).

Sunshine 100 China Holdings, a Beijing-based mid-sized developer, announced on Monday that it had defaulted on a $170 million bond. After revealing last week that it had failed to pay $651.2 million in borrowings, S&P Global Ratings put Guangzhou-based builder China Aoyuan Group in “selective default” late in the day.

Meanwhile, investors in China Evergrande Group were counting down the final hours of a 30-day grace period for the country’s most indebted developer to make good on $82.5 million in bond interest payments missed last month. At the same time, investors were waiting to hear what Kaisa Group Holdings would do with a $400 million bond that was set to mature on Tuesday, following the company’s revelation last week that bondholders had rejected its proposal to roll the debt over for another 18 months.

Also read: In a big blow to its economy, China is set to be stripped off of preferential tariff treatment from 32 nations

These developments caused so much distress that the PBOC announced it would cut the proportion of deposits that banks must hold as reserves by 0.5 percentage points to boost liquidity in the real economy – basically, ripping off of the public savings in banks without their consent or regard.

The mechanics behind the decision:

The reduction will not affect financial institutions with a current required rate of return (RRR) of 5%, according to the report, which also stated that the weighted average RRR for financial institutions will be 8.4% following the new drop. After taking into account the preferential strategy of targeted cuts for inclusive financing, the RRR for large banks is currently at 10.5%.

“The RRR reduction will help alleviate the downward pressure on the economy and smooth the economic growth curve,” said Wen Bin, a senior economist at Minsheng Bank. “Although there is little pressure to achieve this year’s economic growth target, economic work will face big pressures and challenges next year.” According to the PBOC, some of the money disbursed will be used to repay maturing medium-term lending facility loans, reinforcing a policy of avoiding using “flood-like” stimulus. While the CCP may want everyone to believe that the country is faring well economically, the reality is that Beijing is facing a cash crunch not seen ever before.

As mentioned in the reports, prior to the party’s crucial 20th congress meeting later next year, China will focus on stabilising macroeconomic conditions, ensuring that the economy expands at a fair pace and society remains orderly, according to Politburo. The Politburo statement omitted the term “houses are for living in, not for speculating,” which was used by the Politburo in July and by Vice-Premier Liu He in an essay published last month. The focus of the July statement was on the need to keep home prices under control, which was largely absent from Monday’s speech.

The People’s Bank of China wants to ease lending norms to pump money into the markets to avoid a deeper catastrophe in the real estate sector. On the flip side, the Federal Reserve wants to hike the interest rates to discourage further lending, which would help the government take the raging inflation. So, China now faces awkward choices where hiking as well lowering the interest rates would equally have devastating effects on the Chinese economy.

Also read: China is losing control of the Yuan and inflation is on the rise

Mired in too much inflation, Chinese producers are seeing their profits nose-diving and production costs surging at a blistering pace. The energy crisis, bundled with food and economic crisis, has made the production a perilous job in China, prompting inflation to reach staggering levels. And if People’s Bank of China goes ahead with its easy monetary policy to help China’s sinking real estate sector, it will directly depreciate Yuan’s value.

The situation is so bad that the CCP is using the Asian Infrastructure Investment Bank (AIIB) to fund its Henan Flood Emergency Rehabilitation and Recovery Project in China. Imagine the second largest economy in the world, knocking on the doors of AIIB to secure a loan of USD 1 billion as its banks are out of cash.

This has created such a situation that Beijing is forced to come up with data and arguments to douse the fire. Data though (from the PBOC), shows an increase in total personal mortgages reached 348.1 billion yuan ($54.63 billion) in October, 101.3 billion yuan more than in September. While we cannot believe the true data, the fact that such data is usually released quarterly, not monthly, gives away the problems Xi Jinping has put his country into. Gavekal analysts He Wei and Zhang Xiaoxi said the special announcement “is clearly another attempt to calm market sentiment.” Yet, they judged the relaxation on mortgage lending “marginal” and said it will “not be enough to prevent stress for cash-strapped developers from worsening further.”

All in all, while the CCP and Xi Jinping are hellbent on squeezing out the money that Chinese citizens have saved up, to hide his disastrous policy choices, but in the end, all this is bound to be a small band-aid to a fractured leg.