A war between Malaysia and the Philippines. Anytime now! 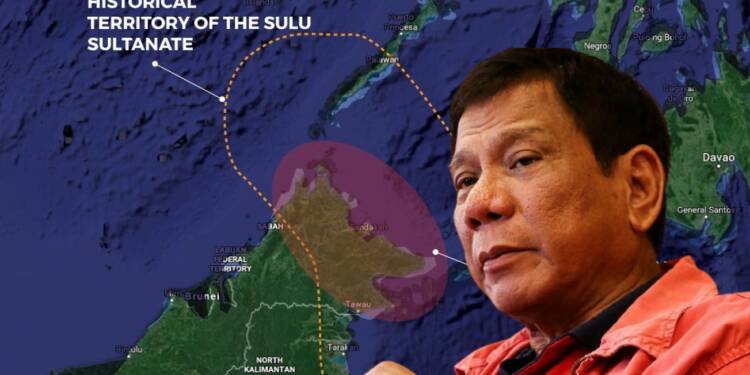 The South China Sea is heating up yet again. But this time the dispute doesn’t involve the Chinese Communist Party (CCP). In fact, it is Malaysia and the Philippines which are on the verge of going at war anytime now over the Malaysian state of Sabah on Borneo Island.

The Philippines looking to invade Sabah?

SCMP has reported that as per a senior regional security source, a secret meeting is believed to have been held by a senior local government official in the southern Philippines that involved discussions to send in an armed militia and invade the Malaysian state of Sabah on Borneo Island.

A locally elected official of the Sulu province conducted a meeting on December 1, who gathered 19 mayors of the province to discuss plans for setting up a “Royal Sulu Army” with a target to recruit up to 600 men to invade the Malaysian province.

The source quoted by SCMP said, “The potential of the plan to attack Sabah coming to fruition depends on how much political support and funds it can get from various parties.” It added, “Many stakeholders in the Philippines and abroad are willing to exploit this issue for their respective political and strategic interests.”

The source also revealed that February 2022 could be the best time to invade in a bid to “commemorate” an invasion of the Malaysian province eight years ago by fighters from Sulu. The source added, “The failure of the heirs of the Sulu Sultanate to obtain the consent of the Malaysian government to settle the proprietary rights over Sabah prompted the implementation of this plan.”

In February 2013, the Sabah dispute had come into the limelight following an invasion of over 200 armed followers of the Philippines’ self-proclaimed Sultan of Sulu, Jamalul Kiram III. Malaysia had however managed to beat back Sultan’s fighters with the aid of ground troops and airstrikes. The conflict had ended with the deaths of 68 men from the Sulu sultanate, nine Malaysian armed services personnel and six civilians.

Jamalul Kiram died in 2013, but his daughter has continued to aggressively lay claim to Sabah. She is therefore further instigating plans to invade the Malaysian province.

Now, the concerned Sulu official is trying to exploit local sentiment and lead a massive invasion into the Malaysian province of Sabah.

The discourse in Sulu is getting rather bellicose. Consider it, the senior Sulu official mobilized 19 mayors of the region, out of which 11 have said yes to the intended plan to invade Sabah, while the rest have neither agreed to it nor have, they rejected it. It is quite natural that the remaining eight mayors will have to ultimately give their consent to the invasion plan. At the end of the day, no official wants to come out looking like the one who gave a territorial claim.

The source added, “Each mayor is expected to provide 50 men who are skilled and brave in battle. The cost of ammunition and other logistics is to be borne by the high-ranking official who also promised to contribute 500,000 pesos (US$10,000) to build 100 speed boats that will be used to attack Sabah.”

You might think that the Sabah dispute is local, and that Manila and Kuala Lumpur can get together to resolve it. Well, this is where Philippines President Rodrigo Duterte comes into the picture.

Duterte carries a ‘bad boy’ image in his country. In fact, he likes to play the strongman role. You know, something like a leader who gets the tough job done. He came to power in 2016 on the promise of handling Philippines territorial disputes and taking on other nations in the South China Sea region.

Among many of his election promises including a pledge to ride a jet ski to the Philippine waters in order to fight the Chinese, Duterte had also vowed to pursue his country’s claim of the Sultanate of Sulu, an entity that used to rule parts of the southern Philippines and Sabah, till 1963 when the Britishers transferred Sabah to the Federation of Malaysia.

During his tenure as the Philippines President, Duterte hasn’t shied away from asserting his country’s claim over Sabah. In 2019, Philippine Foreign Secretary Teodoro Locsin Jnr said, “We shall never have an embassy in Sabah. To even think of it is an act of treason.”

Now that Duterte’s stint as the Philippines President is nearing a lacklustre end, he wouldn’t mind the fact that an emotive dispute with Malaysia is flaring up all over again. He would want to end his Presidential stint with a bang. In fact, he cannot afford to give up on the dispute because he has already mellowed down on the China front and desperately needs a diversion to live up to his ‘strongman’ image.

In the coming months, you can expect the clamour for invading Sabah to get louder in the Philippines. As Duterte’s stint nears an end, he will pursue the territorial claim even more aggressively. This is where the risk of a war between Malaysia and the Philippines runs really high.

However, once Duterte leaves office, Malaysia and the Philippines might be able to resolve the contentious dispute. Malaysia Inspector General of Police Acryl Sani Abdullah Sani himself issued a statement on Thursday, according to which it is believed that “information has been manipulated by parties who are jealous of the level of security and close ties between Sabah and the southern Philippines.”

Sani added, “The Royal Malaysian Police takes this matter seriously and will take immediate action to increase the preparedness [of the police] to the highest level in Sabah to face any possibility of a threat of invasion and to avoid any repeated incident of infiltration in the state.”

So, there are clear chances of a negotiation if the Philippines stops pushing the envelope and avoids evoking irredentism.

At the end of the day, it is China that stands to benefit from such disputes. While the focus of ASEAN countries should be on containing China, these countries are locked in their own disputes. Meanwhile, the war between Malaysia and the Philippines looks likely and this could end up slipping the fragile South China Sea region into a massive armed conflict.